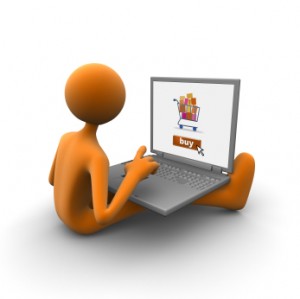 There are now more retailers online who are deciding to enhance the navigation of their e-commerce sites, as well as focusing their sights on improving mobile commerce capabilities and their social media presence.

A recent online Mystery Shopper’s survey which was conducted, focused on a variety of prominent websites and tested their features as well as the functionality of their e-commerce sites, this based on numerous consumer product categories.

The study revealed that the majority of these online retailers had a “fly out” type of menu or a drop-down menu in their navigation bars. There were also a lot more retailers who offered their shoppers the ability to use advanced search features as well, allowing them to get yet more detailed and precise information in their product searches.

[ad#co-1]
The majority of online retailers were also deciding to add additional site features which will help their shoppers with detailed product research. For instance, some of these retailers were offering product or how-to manuals that their visitors could download or read online, along with guides which were made available to them as well.

The marketing survey group noted that there were a significant increase in the number of how-to instructions along with helpful guidelines which were made available directly on the product pages. Video presentation and descriptions are also beginning to play a key role, enlightening as well as educating their buying visitors prior to purchasing their product or service.

In the past few years, there has been significant improvements in the quality of both the online store as well as product locator’s greatly improving as well. This by providing more information as well as merchandising which may be forthcoming.

Since there is massive competition from other online retailers, along with the brand partners themselves who are beginning to increasingly sell online directly to the consumers, the retailers are working feverishly towards differentiating themselves apart from others.

Online Merchants Attempting To Distinguish Themselves
These online retailers are now going beyond the “Free Shipping” offers, such as they highlighting exclusive products, particular brand offerings or the latest popular trends.

The majority of retailers will also allow the consumers to be able to shop by brand. For instance, they will allow their online shoppers to dig deeper by refining their search results based on a specific brand name query.

Although free-shipping and being creative about it may be an outstanding element, which can range anywhere from a specific dollar threshold to an unconditional amount, online merchants are being creative to make themselves different from their direct competitors, beyond just a reliance on “gimmicky” promotional tactics which now seems to be a daily occurrence. Showcasing specific brands is a primary method on how online merchants are setting themselves apart and being different.

Use Of Social Media Networks
Online retailers are also increasingly using the various social media outlets and implementing them on their sites. The Facebook “Like” button for instance now appears on over 70% percent of all the e-commerce sites that were surveyed, compared to just 35% percent the previous year. Every retailer provided at least a link to a major social media site on their page.

Mobile E-Commerce Becoming Prominent
There are a variety of mobile strategies for online merchants which are advancing at an exponential rate. It was found that close to 80% percent of retailers now have some type of mobile optimized presence as an option. The majority also had a mobile app available for download for their consumer as well.

So the marketing survey confirms that online merchants are all concurrently refining and tweaking their online tactics to inform, find, personalize and then connect with better speed as well as efficiency. They are also diligently developing and improving on their social and their mobile initiatives as well.

The ultimate goal for these retailers are obviously to create and deliver a channel agnostic experience for their customers where the consumer is able to seamlessly migrate from a traditional physical store towards their channel-of-choice which is based on their shopping desires as well as dilemmas.

Why Developers Are Choosing HTML5 Over Mobile Applications