How Our Poor Food Choices Accelerates The Aging Process 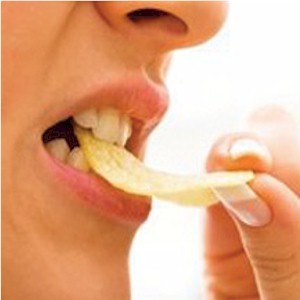 Our livelihood, our very existence, why we survive depends solely on what we eat. The food in our stomachs turn into nourishment is why we continue to live another day. The quality of what we eat has a huge effect on how long we live, this especially as we begin to age.

This applies to how efficient our bodies perform, which includes the operation of the digestive system, major organs, and mental acuity. The food we eat also has a huge effect on our appearance, including our skin, weight, how old we look, and the rate that we age.

So what it comes down to is we become what we eat on a daily basis, which accumulates over time. The results then shows up directly on our interior health and our exterior makeup.

For instance, if you happen to have a poor diet of food consumption, you continue to smoke cigarettes, while drinking too much caffeine and alcohol, you’ll look older than what your actual biological age is.

So it becomes important to compile a list of the foods that you should be avoiding, particularly if you want to look younger. Know that it will eventually show up on your skin and body.

Although it’s impossible to cut out all bad foods completely, make it a point to be aware of them, then regulate their consumption such as only for special occasions etc.

Foods Which Will Make You Look Older
Fried Foods In Hydrogenated Oil
We all on occasion crave for those deep fried chicken wings, french fries, and the other varieties of pub food which are fried in grease. What any food that’s fried in hydrogenated oil does is increases your risk of heart disease and obesity, this based on how often you consume them.

They also increase the buildup of oil on the surface of your skin. So rather than smearing your bagel with hydrogenated margarine, try something more natural such as almond butter. Doing so reduces the bacteria which gets trapped on your skin, causing it to break out or get wrinkled.

Refined Empty Sugar
Yes, we all crave the store bought variety of candy, chocolate bars, and baked goods, but our bodies especially our skin not so much. These high levels of refined empty sugar in these goodies are linked to weakening the immune system.

They also cause your skin to become drab, dry, and thin out, this because they rob the body of elastin and collagen production which are the keys to keeping us looking younger.

Saturated Animal Fats
Saturated animal fat can be easily found in most foods such as on the skin of meats, or your favorite cheap processed cheese. Skin from chicken and pork, along with high fat dairy products such as cream are all considered especially bad. They potentially harm your heart while producing blackheads and pimples.

Those Nasty Nitrates
Nitrates are used for the coloring of food as well as being a preservative. They’re used for extending the shelf life of processed meats such as ham, sausage, bacon, and hot dogs.

The key role that nitrates play is preventing salmonella and bacteria from building and residing in all cured meats. The harm is they form nitrosamines if you eat them too often. So it’s best to just stay away from all processed meat, or buy organic if available.

The Whites In Breads And Pasta
We’re already aware that complex carbohydrates such as whole grain bread and pasta are better for us than are the refined “white” variety. The reason being that white bread, baked goods, and pasta all sit high on the glycemic index.

What this means is that they’ll increase insulin production. So not only do they leave you at risk of getting Type 2 diabetes, they also leave your skin prone to inflammation.

What The Heck Is Olestra
All of those so called “low fat” baked snacks contain a synthetic fat which is known as Olestra, which will strip the body of needed essential fat, carotenoids, and vitamins A, D, E, and K. This then causes damage to our digestive system while aging the skin, leaving it susceptible to lesions and blemishes.

All Those High-Sodium Snacks
Which includes those tempting packaged processed snacks such as potato chips, pretzels, cheese balls, snack crackers, including all the low fat variety. If they’re made with vegetable oil, then there’s massive amounts of sodium added, this to compensate for the flavor that’s lost because of the fat.

What high sodium diets leaves us is we become prone to high blood pressure and chronic skin conditions such as eczema and dermatitis.

Beverages To Drink In Moderate
Carbonated Soda Pop
We already know that cola is bad for us but we just can’t resist that refreshing sugar rush of drinking soda pop. What you’re doing is leaving yourself exposed to: your teeth rotting and becoming prone to cavities, risking Type 2 diabetes, and the mental symptoms of empty sugar consumption.

What drinking pop does is it also causes your skin to dry out, becoming flaky. It’s also well known that diet pop is potentially worse. The artificial sweeteners contain artificial colors and flavor chemicals which saps your health.

Drinking Too Much Coffee
Sure a cup of caffeine can give you that much needed brain jolt that you need in the morning, but know there’s a difference between just having a cup of coffee and drinking it to excess.

Caffeine is a well known diuretic which as a result not only dehydrates the body, but also dries out the skin while increasing cortisol production, which is a type of stress hormone that’s linked to aging.

Too Much Alcohol
There are health benefits of sipping the occasional glass of red or having a nice cold beer with a meal, and doing so won’t usually attack the state of your skin or health.

But what drinking alcohol to excess does is it attacks your liver and all of the major organs, making them toxic. What doing so does is it leaves behind free radicals in the cells of your body. So moderation is the key to stop the aging process.

Reasons Why Magnesium Is Essential For Better Body Health

Take Strict Control Of Your Finances By Managing Your Expenses