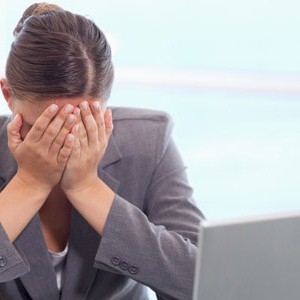 What the majority of us feel these days is being overworked. The promise of a shorter work week, or day, because of advanced technology just isn’t coming true. We find ourselves more stranded and stressed with things which we need to do.

It becomes overwhelming as maximum overload takes over. But realize that you do have a choice, grasp a lot more control over your time and actions, which increases productivity. It’s all about prioritizing.

The biggest complaint that you hear around the water cooler is how little time that we all have, and how overwhelming everything is. What you hear is the constant whining about getting worn down because of too much work.

Then we’ll spend our spare time to resolve this, find solutions along with searching for ways of improving our time management procedures and personal productivity, which then becomes an irony in itself.

But realize that it’s you that’s doing yourself in, that the majority of your productivity is your own poor doing. We give in to all of the distractions because of our “quick fix” mentality.

We’ll spend way too much time on the things which makes us feel important, such as loading those latest pictures on Facebook, texting, and emailing. We’ll waste pointless time on doing things which doesn’t matter, which are nonproductive.

But you know, gnawing at the back of your mind what you really need to do, which is actual work. You need to be more productive to provide for yourself and your needs.

You know what matters and is important in life. Having fun, saving for that vacation, having a leisure retirement. You want to spend quality time with your family and friends. So focus on them instead, and chose not to get overwhelmed.

Ways To Become More Productive
• Do More By Doing Less – Learn how to prioritize better. This once upon a time is what we all used to do, which was effective time management. Then we all became much too distracted rather than being productive.

So a simple way to solve this on a daily basis is to just list down what you need to do.

Make an “A” list, a “B” list to do, and a “C” list, and then prioritize them. Strictly attack your As until they’re done, then do all of the Bs, and then the Cs if you have time. Most will find that they’ll never get to the Cs, but that doesn’t seem to matter.

• Use Strict Deadlines – This also known as hard stops. If you have a meeting, and find something critical that needs to get done, then set a hard deadline on it, such as 2pm.

That then becomes the motivator, so make it a focal point of the meeting with no exceptions. And then guess what, you’ll get it done at 2PM. It’s called a firm deadline. What these deadlines do is they force discipline. They work, and the reasons why they’re called deadlines.

• Learn How To Say “No” – And never even bother saying maybe. If you think you want attention, or that you like helping others, and that’s the reason why you say “yes” to every request.

Realize that saying “no” is a bigger disappointment to you rather than the person that’s asking you to do something. Especially if you don’t realize what you should be saying no to.

If it doesn’t happen to be a goal of yours, not that important or a priority, then just say no. And worse, never say maybe, which becomes a promise. That because all you’re then doing is being self important and controlling.

• Prioritize Your Time – Know when you’re supposed to be working and exactly what you need to get done. So close your Facebook, ignore your smartphone, avoid your email.

Just ignore that little tug to respond to each and every request, refuse distraction, if you’re wanting to do it right. If you want to do something, then set aside that amount of time, it’s called a “break,” to do these tasks.

• Stop Spending Time On So Much Organizing – We all realize the different ways of organizing things such as all of your files or emails. Just learn to spend minimal time doing these.

Don’t bother wasting your time continuously organizing your clutter, as all you’re doing is just reorganizing it elsewhere. It you need to find something, use the “Search” function on your computer, or get an Apple Mac.

We live in a business environment where certain things are off limits at the workplace, so should social media for personal use. This because it completely destroys productivity.

Your personal blogging, tweeting, liking, sharing, status updating, and everything else, should be done on your own time, such as after work.

Prioritizing Our Priorities
What once used to be our priorities, the things which we needed to get done to carve out our careers and do our jobs successfully, making them fulfilling, and our lives happy and meaningful, has somewhat become an option.

The long term benefits and effects which comes from working, eating, and sleeping right, now takes a backseat because of the instant gratification which is distraction, self-importance, and attention seeking.

To fit all of this in, our lives as a result has become overloaded and pushed to the brink. But it doesn’t need to be that way. What you’re responsible for are setting your own priorities and time management protocols.