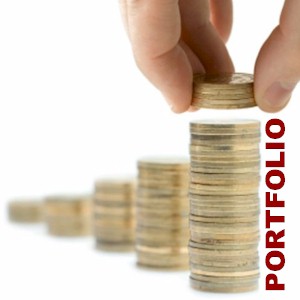 Once we enter the workforce, begin a family, that’s about when we’ll become concerned about our finances and the direction of it. The savings that we accumulate, the areas where income is derived, and it’s growth.

This so we can sail into the twilight, develop a University savings plan for our kids, take that long deserved vacation, or buy that boat or sports car of our dreams.

So when doing this planning, realize that there are 3 distinct streams of income that you’ll come across in your life, and as a result will need to deal with. These are the income sources which funnels money into your self worth and equity.

These 3 sources are:
• The income which you earn from your current employment, working the 9 to 5 job for a company
• The passive income which you can generate, the income that’s made from a self directed business, usually part-time and home based
• Then there’s your portfolio income. The income which is generated from all of your investments that’s derived from your paper assets

Earned Income The Money That You Earn
Most likely your primary source of money, this income comes from having steady employment, a career, usually working for a business concern. You get paid in exchange of your time and effort, for the service which your render.

What this indicates is that the income which an employee will generate from working for their employer, is usually limited unless there’s advancement.

This also leads to the possibility that if the employee decides to devote extra effort, that they may get paid more. It can be a rare proposition, especially when the business conditions are poor.

For most, it’s a necessity for them to work, to put food on the table. Although they may be telling themselves, “Hey, it’s not fair,” regardless, that’s how the cycle works, you exchange sweat equity for money.

Yet, if you’re an employee, you’ll get a paycheck regardless, guaranteed. It’s earned income, less deductions such as taxes, before the money reaches your wallet.

This money is also usually already spoken for in the form of paying the mortgage, rent, bills, food, etc. If the paycheck doesn’t cover it, then you enter that territory of being in debt. If this debt begins to accumulate, it can potentially lead towards poverty or bankruptcy.

Unless you climb up the corporate ladder and increase your earned income, get a higher profile job, your work is usually concentrated on a few specific tasks, where you’ll keep repeating the same functions. What this does is it discourages creativity while promoting boredom.

What then happens is that you get caught in a trap. This unless you absolutely love what you do without giving too much consideration on what you get paid.

Generating Passive Income
Passive income is generated from your own self directed efforts, usually in the form of a home based business of some type. You can do this by marketing your own products, offering a service, or a combination of both.

For instance, what’s always been popular is flipping real estate, or trading merchandise such as wholesaling to retailing. Lately, what’s proven to be effective is operating some type of an online Internet business.

In the majority of the cases, there’s usually no need to be hands-on, and can be done part-time, thus being passive. Although Internet businesses are extremely popular, there’s still the traditional ones, such as vending machines, for instance.

The best part of starting your own business is that you’re working for yourself, so how much effort you put into it is your own, and not for someone else. The profit which you generate are yours.

What you’re doing is enriching yourself, and not filling the pockets of someone else. Your time becomes more disciplined as well as flexible since you can direct your own work schedule.

Passive Portfolio Income
Portfolio income, similar to passive income, allows money to work for you, rather than you working for the money to generate this income.

This portfolio income is usually generated from all of your paper assets such as: stocks, bonds, mutual funds, or Certificate of Deposits, etc. The reason why they’re referred to as paper assets is because the entire businesses, and your income revolves strictly on paper.

When it comes to the management and the growth of this portfolio income, that’s where the decisions of you or your financial advisers become vitally important. The process of investment, and its intellectual creative interaction can either make you rich, or break you.

Using The Various Sources Of Income To Work For You
Other than a suddenly inheritance from a rich Aunt, or winning the lottery, these are the three known sources of income, so it’s time that you take some action.

Earned income is a necessity, and usually the only lifeline of money for most. But your primary focus should be directed towards developing passive income, which can then be placed into portfolio income.

Make sure that you sustain and grow your earned income to its fullest potential, and not go into debt other than a mortgage and/or a car loan. This until you finally begin to reach your goals by earning passive income, which transfers into paper assets.