The Theory Subliminal Advertising Influences What We Buy
Skip to content 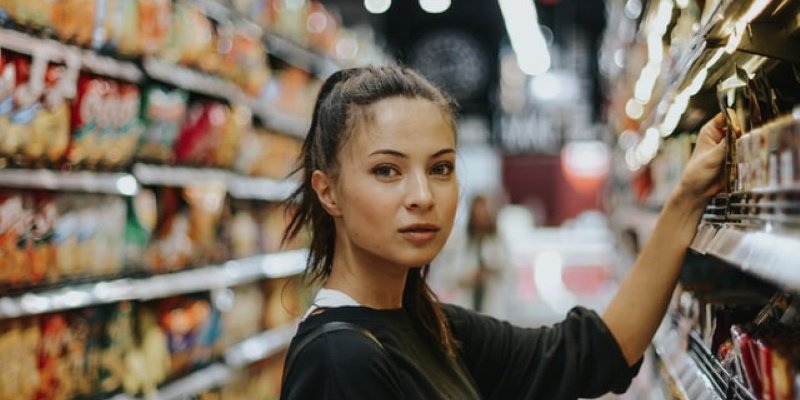 What can be frightening is we’re possibly being influenced to do things, which are completely beyond our control. This by subliminal advertising techniques which we can’t detect consciously. Subliminal advertising as a result, has been a captivating study when it comes to consumer purchasing behavior.

The concept of it possibly existing has been studied for over half a century, ever since it’s been made aware to the public.

The idea of hidden messages influencing and controlling our behavior as consumers, to purchase a certain product. This could be an image or words flashed briefly across a TV screen.

Subliminal advertising methods have been know to conceal hidden messages in ads.

Doing so is suspected to subconsciously make those who are exposed to it, react by buying certain products, or behave in a certain way.

Why Did I Buy This

Are these fears even valid, are they just mythical paranoia more than reality. The answer is somewhere in between.

While some of the claims regarding subliminal advertising may be wildly exaggerated, the concept is thought to be real.

What first needs to be determined is what the definition of subliminal advertising is, its origin, and the beliefs which are surrounding it.

One thing for certain is it’s being used. What’s more important is how often it’s used, and how it influences us.

What Is Subliminal Advertising

The definition of subliminal advertising, is the presentation of suggestible words or images, known as stimuli, we are not able to detect consciously with the naked eye.

This stimuli is undetectable since they can be hidden inside another image, for instance.

They can also be presented, planted on a screen so quickly, briefly, we’re not able to detect and are thus unaware we’ve been exposed.

The question becomes how quick does it need to be flashed, for it to be undetectable yet effective. Most experts agree it’s around .003 of a second, which is 3/1000’s of a second.

Almost everyone exposed, won’t consciously be aware they’ve been “flashed” to this stimuli, which is presented for that duration of time.

The distinguishing fact remains we don’t know we’re being exposed to it, which raises ethical concerns.

Once this has influenced us somehow, it’s referred to as unconscious influence, which means it’s an influence we’re not consciously aware of.

Subliminal advertising is thought to of been used since the 1950’s.

One of the very first known tests was advertisers quickly “flashing” images on a movie screen with the words, “Drink More **blank-blank** Soda.”

This text is shown ever so briefly. The result is they claimed the immediate sales of the product increased by 25% percent.

What was discovered was the advertisers were able to somewhat control consumer behavior, by appealing directly to their subconscious desires.

There was a book published on these concepts back then, making the public aware of these advertising tactics of possible manipulation.

The public then began fearing the advertisers would and could use these subliminal advertising messages at will, resulting in them purchasing products they didn’t need.

The advertisers claimed it was just conspiracy theory paranoia, because how could anyone be suspicious of something they weren’t even aware of. Something they’ve never seen.

As a result, this fear of subliminal advertising was unfounded, the book was exaggerated, the concept was fabricated and nothing more than a theory.

Despite all this, the myth that is subliminal advertising carries powerful influences, and it does exist today.

A recent survey showed over 75% percent of the respondents were aware of the concept of subliminal advertising, and over half felt they were susceptible to it.

When asked why they chose that particular wine, very few mentioned the music, as they were completely unaware the music could of influenced their choice.

How Do You Know If You’re Not Aware

What most believe when it comes to the concept of subliminal advertising, is they’re being held hostage and taken advantage of.

They are forced to act against their will, forcing them to do things they don’t want, which advertisers claim is complete myth.

What research has proven is subliminal advertising and all its influences, which is designed to force us to do some act beyond our awareness, can indeed do so. But not very well.

There’s a huge gap which exists when it comes to someone actually being thirsty, to they purchasing a beverage.

A gap between forcing someone who isn’t thirsty, to unwilling get up and go buy a soda at a movie theater.

But that being said, subliminal stimuli advertising could influence our behavior without us knowing, when used right.

For instance, playing up tempo music in restaurants, forces us to eat faster, which increases their turnover rate, generating more revenue.

Most are not aware this music is influencing how they eat, and most likely the restaurant staff are also unaware, perhaps influencing them to work quicker or more efficiently.

Are You Being Controlled?

What’s generally thought is you shouldn’t be too concerned, when it comes to stimuli advertising.

The theory however remains there may be hidden subliminal messages force fed into our brain, forcing us to buy things we don’t want.

But not to worry, since it’s thought most likely, you were inclined to buy that product anyways.

It’s though these ads can’t exert enough influence, to force you to buy something you didn’t actually want.

Women Are Always Right Because Men Don't Think The Same