How To Negotiate Getting Paid What Your Worth 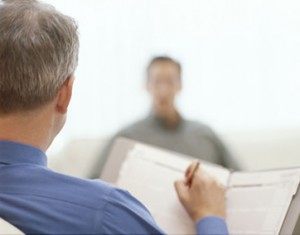 So how many times has this happened to you. You’re nearing the end of the Job Interview and the hiring manager says, “We would like to offer you the job.” Great, you couldn’t be happier to accept it. But there’s one issue which hasn’t been discussed yet, and that’s what the salary and the benefits package is. So what exactly does “fair pay” mean, getting paid fairly. The majority of people actually consider themselves to be underpaid, which is really no surprise, for the work that they perform. What needs to be understood is what being “underpaid” as a term means to the employer. There are actually various definitions in what determines fair pay. You should be able to understand what your employer thinks about you or the job description and how replaceable you are. This may also give you an edge when you’re negotiating your salary.
[ad#co-1]

What Qualifies As Fair Pay

Equality In Pay
Most employers believe that “fair pay” means everything is considered equal, or approximately the same. Research shows that employees are generally less satisfied with their work once they discover that they’re paid less than others who are doing the exact same work. On the other hand, they are obviously more satisfied once they find out that they’re getting paid more than their peers. So the differences in pay between employees doing the same exact task shouldn’t vary that much.

Adequate Pay To Live Comfortably
Another “fair pay” issue is the need and belief that employees should be getting paid enough so they can live as comfortably as possible. Some will also need more income than others to live the same comfortable lifestyle. For instance, those with large families, a bigger mortgage or living in a better part of town determines how much they need to earn to make ends meet.

At times, some will apply this ideal towards higher rates of pay, as they will complain that they’re having difficulty paying their bills, while their earning $65k a year. This when the average full-time yearly salary is around $30k.

Experience And Qualifications
The employees who believe that since they’ve invested in higher education and are more qualified than their co-workers, or they have infinite more years of on the job experience, showing loyalty towards the same company, that they deserve more recognition in the form of a higher salary.

Dedication And Skill
For those who are more experienced on the job, they always don’t necessarily perform better. There are a lot of employees who think that if they’re more highly skilled, or they work harder, or they happen to work under unpleasant or dangerous conditions, that they should be paid more.

Economic Values And Production
Some business owners actually believe that those employees who are able to produce more value towards their company should be paid more, which is fair. But if the business owner constantly pays those employees more than the actual value that they’re worth, then they will eventually start losing money and go out of business, then no one would have a job.

Measuring Social Values
Some employees will perform jobs providing higher social values which isn’t necessarily captured by the overall economic value of what they’re able to produce. Social value is the direct impact on others or a society which is seen as important, but at the same time, people are unwilling to actually pay for. Some view it unfair that nurses for example are paid less than financial investment bankers, even though the nurses may work more hours or provide higher social value.

Supply And Demand Is Always A Factor
Some economists will argue that the rate of pay should be based on supply and demand. They will cite evidence that the labor market behaves similar to other markets where the majority of economically as well as socially successful countries will rely heavily on some type of “market system” to set their prices and wages.

Are You Getting Paid What You Should Be

If you’re wanting to discuss a potential pay raise with your employer, you’ll need to frame your argument in a way which resonates with the way you think what fair pay actually means as a “term” to the employer, and not what it means to your situation.

Employers will usually tend to think in terms of economic value that’s added, or gauge production as well as supply and demand when they take into account what they should be paying their employees.

Your arguments regarding the high cost of living these days, or the countless years of dedication which you’ve put into the organization etc., doesn’t really tend to make that much of an impression.

So bearing this in mind, you should be finding out from your employer what you actually need to do so you can achieve that higher salary or the position which you want. There are never no guarantees, but if your employer isn’t able to give you a clear direction or indication on this, and a higher salary is important to you, then maybe you would be better off working for a company who can.

Finally, keep in mind the satisfaction in the social aspects which are provided by your job. This includes all of the friendly relationships which you share with your colleagues, or the actual enjoyment of the work itself, or how close it is to where you live. The greatest values which you receive may not just be in the size of your pay stub.

The Advantages Of The Virtual Workplace Work Anywhere Anytime

Understand What SOPA And PIPA Means Why The Sites Went Blackout