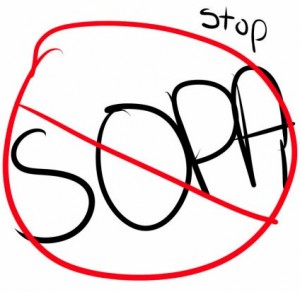 Wikipedia, along with other prominent websites, decided to go blackout for one day to hopefully put a stop to the anti-piracy bills proposed by congress. This is the site where some academics claim that it’s a totally unreliable source to get accurate information. Others disagree however as it provides an excellent source to research a subject, which allows you to dig deeper into the stated sources.

Wikipedia because of it’s ability to be online edited for accuracy in real time, has proven to have the ability to be as precise as any medical source or any law journal, while being much more accessible. Wikipedia is actually becoming as accurate as any journal that’s available online.

[ad#co-1]
With this stated, Wikipedia along with others went blank for one day. What they and others did so was to protest the two bills proposed by the United States Congress. The Protect IP Act in the Senate, known as PIPA, and the Stop Online Piracy Act in the House, known as SOPA.

So for an entire twenty-four period, these sites went “black” and weren’t easily accessible by the public. What the users of these sites found instead was a statement similar to… “The Internet Must Remain Free.”

All of these sites in union believed that these proposed bills would eventually lead towards total censorship and thus violating the original spirit of the Internet in which it was intended.

The large corporations and the associations who backed the bills, notably the Movie, Music and Entertainment industries all claim that it’s a violation of copyright which has gone completely out of control.

These entities are blaming the websites, the majority being offshore, which continuously traffics free pirated content along with counterfeit digital products, such as movies, music and software for anyone to download via sharing sites.

The majority of anyone who’s involved in the entertainment industry, such as actors and musicians, along with online publishers and software publishers who own propriety information, are supporting the bills as well. It’s a concerted attempt to stop the rampant online piracy.

The entire Internet community knew that this issue would eventually come to a head. So who in your opinion is right. Since the violation that’s occurring involves copyright protection, it’s an extremely serious issue. So any publisher, even bloggers, should have a vested interest and be concerned as well.

But the majority however are siding with Wikipedia and their associates, which includes the Obama administration, as they stated they oppose the current versions (insert the upcoming presidential election here.) The free flow of all Internet information currently available on the Web has been an absolute incalculable boon.

While these sites opposed to the bill has the absolute right and power to make their “blackouts” position known, and how they did it by protesting did attract an immense deal of attention, it doesn’t necessarily mean that they’re doing the right thing.

Wikipedia, our example, has a mission statement on its website which claims that their content is written from a neutral point of view. This and other sites who participated defines themselves as sites which avoids advocacy while providing accurate unbiased information instead of attempting to debate it or provide an opinion.

It’s completely understandable why these sites took the stand that they did, but they losing their “neutral” stance may eventually have irreversible long-term consequences for those readers who in the past supported these sites and their endeavors, as well as trusting their objectivity. So it may be unfortunate that for the sites who participated in the blackout, they may have traded in their original principles.

Congress Postpones Anti-piracy Legislation
Just a few hours after the largest citizens of the Internet, the most dominant Web based companies and organizations staged their unprecedented online protest, lawmakers put the anti-piracy bills on ice.

The massive protests were heard but they didn’t get the proposed bills thrown out like they were hoping. All they did achieve was a postponement of the inevitable. This was just a warning shot from both sides.