How To Stay Connected By Using Portable Wireless Devices 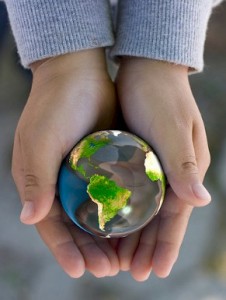 When your out and about and have the right mobile device with you, you’re then able to completely take advantage of all what wireless technology has to offer.

This whether you’re wanting to find an Internet connection to check your email, or to get instant updates on the latest weather conditions in your area. So listed are all of your Web connected options when it comes to mobile devices.

Smartphones And Tablet PCs
These devices, especially tablets, are now obviously beyond the “fad” phase as there are literally millions of smartphones and tablets which are being activated daily. These mobile devices are able to connect to the Internet by using at least two distinct wireless technologies.

The wireless technologies to go online include, 3G/4G, Wi-Fi and Bluetooth. These multi-wireless capable devices are extremely convenient for travelers who may be vacationing overseas or across the country, or for those who are just walking the local city streets.

You’re usually able to connect instantly to any free Wi-Fi hotspot whether you’re at the local cafe or at the airport. The mobile device would also need 3G/4G capabilities if you’re wanting to stay connected on the Internet while there’s no Wi-Fi available, or if you’re on the move, such as on a bus or in a taxi, provided you’re mobile service provider covers the area that you’re in.

[ad#co-1]
Netbooks And Laptops
It’s extremely easy to connect your netbook or laptop directly to one of these wireless networks since the majority of them now usually include built-in Wi-Fi capabilities.

This will allow you to instantly access any available Wi-Fi network to surf the Internet. If the laptop also has built-in embedded 3G/4G, or a handy plug-in-play 3G/4G card or USB stick, then these devices are able to securely connect to the Web when in the service provider’s 3G/4G coverage area.

Although mobile broadband is a lot more widespread than Wi-Fi, they are however currently only available in selected cities, and will require a monthly or annual service agreement with your provider.

GPS Tracking
Some of the portable GPS devices uses Bluetooth, which is a short-range wireless technology that’s able to connect to any Bluetooth enabled phone.

This feature allows you to dial phone numbers while using the GPS’ screen, as well as being able to speak directly into the built in GPS’ microphone, providing for safer hands-free driving during phone conversations.

This can be extremely helpful for those who are needing to immediately contact work colleagues or family members when they’re driving from one business meeting to another, or if they’re on their way home.

Weather Stations
Weather stations are able to instantly report the weather conditions once they receive it from the wireless sensors, which are installed in the indoor or outdoor sensing locations.

In addition to providing the current temperature, some models are also able to monitor other weather conditions such as humidity, wind speed, and amount of rainfall.

Using a weather station which gives you instant “at-a-glance” environmental data, you’ll then know the exact conditions and be prepared accordingly before you step outside.

Mobile Broadband Allows For Internet Access On The Road
Broadband is a term which is used to describe Internet connectivity services and are now much quicker that what you used to receive, such as using those old wired 56K dial-up modems.

Mobile broadband now offers extremely high-speed Internet access which is designed for use on portable electronic devices such as tablet PCs, smartphones and eReaders, which are sold by the mobile service providers.

So listed are the different types of mobile broadband which are currently available, and how your mobile devices are able to receive it.

3G and 4G
4G technology, which is also known as WiMAX or LTE, is the next generation, faster tier speed that’s available for mobile broadband. 4G will provide for quicker downloads as well as faster Web access when using your portable device.

One of the drawbacks of 4G however is that it’s only currently available in just a few select cities. The mobile carriers are however continuously rolling out in new areas at a rapid rate.

The older 3G coverage is available practically anywhere in North America. The speeds of 3G are usually fast enough to be able to video chat, stream audio, or download email attachments within minutes.

The additional speed which is available on 4G will allow for the seamless streaming of high-quality video as well as faster Web downloads.

Using Mobile Broadband Providers
In addition to owning a broadband capable mobile device, you will also need to sign up with a local mobile broadband provider which is capable of supporting your particular device.

Begin by examining the service provider’s coverage area to see if they are able to deliver broadband services where you currently live, and the places where you’re wanting to go, or travel to. You’ll also want to check out the current type of services which they offer, such as if they offer 3G or 4G etc.

Add-On Or Embedded
The majority of the smartphones will feature a built-in mobile broadband receiver, which allows you to access the Internet. Similarly, manufacturers are now also starting to embed mobile broadband capability into netbooks, laptops, tablet PCs and eReaders as well, allowing you online access capabilities anywhere you go.

If the Mobile Broadband receiver isn’t currently built into your mobile device’s hardware, then you have the option of using a modem which plugs directly into your devices USB port, or by using a Wi-Fi hotspot or a 3G or 4G device, provided that you’re within the 3G or 4G coverage area.

How To Lower High Cholesterol With Natural Supplements