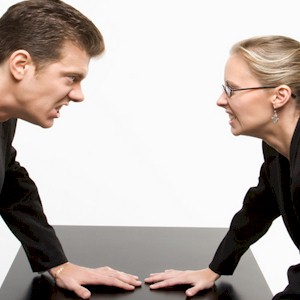 In most cases, the biggest roadblock when negotiating is you, and how you approach the process. That you can defeat yourself in your mind first, this before ever going face to face. What you can do is psyche yourself out, get intimidated beforehand.

More often than not, most of us are up against those who are more experienced negotiators than we are, the cards being stacked against us, this in skill, savvy, and technique. We become daunted, so what we need to do is somehow give ourselves an advantage.

It’s found that the most effective way of boosting our odds is by having an outlet, an option. If you’re negotiating salary for a job offer, what you’re most likely negotiating is a low-ball offer, so be prepared for that.

Imagine if you were an employer and it came down to two candidates. One who’s unemployed and the other who’s in demand. The latter is more intriguing and the spirit of competition will force you to hire the one that’s in demand, and low-ball the other.

Always Expect The Worst
The worst case scenario is they may withdraw their offer. If they do that, then you should back off. The chances increase that they would treat you substandard if they ever hired you anyways. You’re better off finding alternate employment.

Remain Cool When Negotiating
If you’re sitting across from a seasoned shark and you are inexperienced, you’ll become intimidated and scared that you’ll be eaten alive. Although this may be true, always remain as calm as possible.

Think of them as your negotiating “partner” rather than being an opponent. That you’re their representative attempting to come to a solution which both of you could feel good about.

Some will smell blood in the water and pounce. If they’re unfair, muster up the courage to tell them you don’t want to deal with them, and then walk away. Find other opportunities elsewhere.

Focus On The Numbers And Not On The Person
If you begin attacking their behavior or motives, then you risk they walking away or withdrawing their offer. So always keep your focus and negotiate in good faith. Remain consistent throughout the negotiation process, which might just yield a better offer.

Negotiate first on what’s the easiest to get, which are usually the non-monetary items. For instance, if you’re negotiating employment terms, it’s easier for them to agree to your employment conditions.

These could include the job title, job description, who to report to, vacation time, car allowance, administrative support, etc. Find items on what they can easily agree to.

Never Give The First Offer
One tactic is they’ll always want you to make the first offer. Give them a range that they can choose from. Also try to preempt they asking you to reveal first.

If you ask for too little, then you’re leaving money on the table. If you ask for too much, you may of lost them. So instead, be the first to ask “What amount will you be the most comfortable with for product… xxxxxx?”

That Painful Pause
An effective negotiating tactic that you can use, provided you have the stomach for it, is if they happen to make that initial low-ball offer, look them directly in the eye, don’t show any emotion, and remain silent.

Doing so can make them feel guilty and they may eventually increase the offer. This silent treatment, when executed properly, is a killer closing method provided that you don’t blink first.

Know All The Negotiating Ploys
Negotiation is a series of ploys. One that’s commonly used is indifference, this when the negotiator acts as if they have all the time in the world, and they really don’t care that they’re even negotiating.

Always know that these are common games of distraction, so be as equally relaxed. Play the same ploy, yawn if you need to, just don’t get too obvious or annoying.

The Authority Ploy
You think you’ve finished the negotiations and have reached a settlement, but suddenly, they throw you a curve ball by saying that they need to get it approved. This is a common tactic that’s used when buying a car.

Then invariably, they’ll come back and say that they need more, and that it’s non-negotiable. So what you need to do is always ask if they have full authority before the negotiating process begins.

If not, then tell them because you’re wanting to avoid any unnecessary misunderstanding, if you can negotiate directly with that person of authority. It always won’t work, but it’s worth a shot.

Be Amused But Not Annoyed
Expect a variety of ploys, play along with them without getting upset. Realize that it’s part of the process. If you ever take offense to any of these tactics, then you’ve lost, you’ll most likely end up paying their price.

At Times Just Accept The Second Offer
If the second offer seems fair, then just accept it. There are times when you don’t want to appear like a burden, especially if it’s an employment offer.

They may deem you too expensive, troublesome, or annoying and will look to terminate you at first opportunity, or may retract the offer. Also never jump at the first offer, as you’ll appear too eager, making them feel like they could of gotten you for less.

Feel Good When You Don’t Win
Although the best deal that you’ve just negotiated isn’t that great, at times, just accept it and walk away. Often, even a bad deal can be worth it. For instance, if that’s the only job offer you got.

It’s advisable to just swallow your pride. Never get caught up in a heated dispute, but instead take a step back and view the overall opportunity.