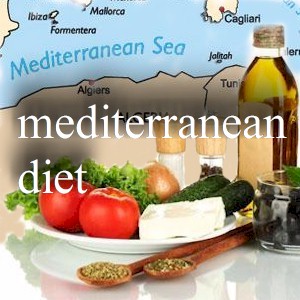 Back in the early 90’s, a prominent University released the results which studied the diet habits which bordered the Mediterranean Sea region of Europe.

Their report found that the once thought fats and carbohydrates weren’t really the culprits when it came to heart disease and obesity, but rather more the types of fats and carbs that are consumed.

The findings concluded that eating the proper fats should instead be a base for a healthy effective diet. The proof was lower rates of obesity, heart disease, and diabetes throughout these areas.

So what then exactly is the Mediterranean diet, and can it actually help you in losing weight and becoming healthier.

It’s found that there really isn’t a precise ‘Mediterranean’ diet, but rather it’s a compilation of how the people living in the countries which surrounds the Mediterranean Sea, eat, and are living their lives.

Despite there being differences when it comes to actual specifics, they all base their diets on the same proportions of calories and food groups. These foods includes olive oil as their main source of fat.

Their diets actually contained more fat consumption than what’s recommended by the USDA. Still, the evidence of healthier living was irrefutable, so it grinds down to the type of fats and carbohydrates consumed.

The Guidelines Of The Mediterranean Diet
It’s found that 60% percent of the total carbohydrates that they eat on a daily basis are from fresh fruit and vegetables, grains, and from the ocean.

These foods include: whole rice, polenta, whole grain bread, cereals, and pasta that’s made with whole grain and not from refined white flour.

Lack Of Red Meat And Poultry
The typical Mediterranean adult will consume around 15 ounces of poultry and red meat per week, with a lot more fresh ocean caught fish and seafood which represents their protein intake.

This compared to the average North American diet which can include up to a pound of red meat, or a 1/2 pound of chicken breast in just one sitting, one dinner.

The Use Of Olive Oil
Olive oil isn’t quite the perfect miracle oil that it’s thought to be, but it is mono-unsaturated, which is a good fat, and one of the best available. Mono-unsaturated fats helps in lowering cholesterol rather than raising it.

For most dieters, just the mention of fat remains a dirty word. But it’s found that you need to add “healthy” fats into your diet as your body needs them for proper functioning and lubrication.

The Mediterranean Lifestyle
The other component that’s common in the Mediterranean diet is their lifestyle, as they are all constantly physically active at all times. A typical day will include plenty of walking or biking rather than driving, or sitting sedentary on the couch munching on bad fats.

It’s a throwback lifestyle as many will participate in physical activities such as farm work. This physical activity then becomes vital as it aids the body in losing weight and then maintaining it.

The Mediterranean Diet Broken Down
The core secret to losing and managing one’s weight with the Mediterranean diet appears to be basing all of your meals on healthy fats and carbohydrates.

This includes leafy green vegetables along with the brightly colored ones, fresh fruits, and whole grains. The consumption of red meat and poultry is reduced, such as no more than 3 to 5 ounces daily for protein purposes.

The Mediterranean Diet derives dietary fat from vegetable sources primarily Olive Oil, or from fish oil that’s rich in Omega 3, while exercising regularly to rev up the metabolism.

This diet really isn’t considered a weight loss regimen or program, but rather a way of dedicated eating which will help you in reaching your weight loss goals, and then keeping you there.

Their primary diet consists mainly of food from plant sources which are locally grown and freshly eaten with minimal processing. Very little food is from animal sources.

The most popular foods on the daily dinner table at all times include: fresh fruits and vegetables, fresh fish from the ocean, nuts, seeds and herbs, bread, grains, and non refined cereals. Also include non refined oils such as olive oil, and moderate consumption of yogurt and cheese.

The amount of fruits and vegetables that should be consumed daily is around one pound, while they also drink a glass of wine with their meals to wash it down.

It’s rather a way of living of that particular region of the world, where it’s influences are known to extend as far as Northern Africa.

Although it’s gaining momentum because of recent publicity in the media, you don’t hear much of the Mediterranean diet as you would the other more popular weight loss plans.

This most likely since there’s no “miracle” pill to buy, no specialized formula to drink, or a specific meal plan to purchase.

The Mediterranean diet does work because of its common sense approach in eating choices, as it’s influences are all completely healthy, such as raising the “good” HDL cholesterol levels.

The health benefits of olive oil alone can’t be overstated, while the traditional eating and cooking of the Mediterranean diet utilizes garden fresh produce and seafood that’s picked or caught daily.

Once these actions are placed in tandem, this laid back approach of living and eating continues to result in lower incidences of heart disease, while promoting and maintaining weight loss.

RIM Blackberry How Are The New Z10 And Q10 Smartphones Doing