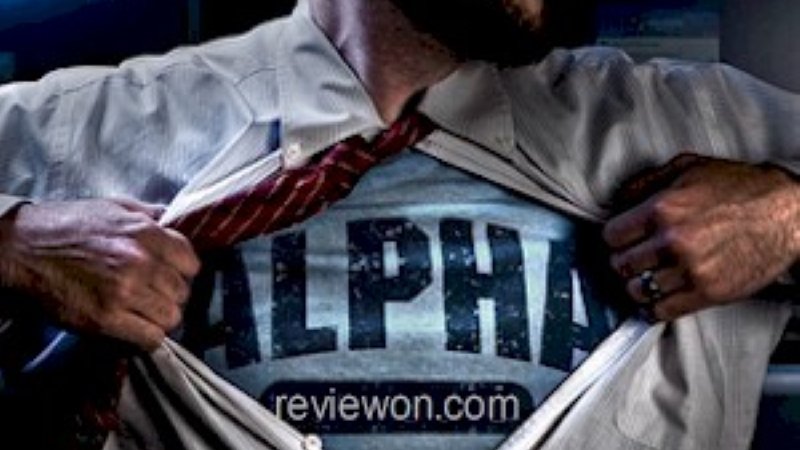 It’s the females prerogative to select the biggest, brightest, the smartest from a crowd of men, and is done so on instinct. They’re naturally drawn to the best selection of male that’s available to them at that time. So the runts of the litter are sent to the back of the line.

As with anything else in nature, and the human species is no different, this is the first tendency when it comes to the selection process. When it comes to finding potential mates.

It’s determined by a subconscious physiological reaction, which is known as “survival of the fittest.”

In the animal kingdom, as primitive as it may be, it’s the alpha male who’s the most prominent in his pack.

He instinctively knows it’s his job and responsibility to impregnate the females, this to insure the species will continue to thrive.

This alpha male, is chosen because he’s the one who acts and appears the most likely to breed the strongest healthiest offspring, providing better odds for success.

Most alpha males of the human species, will look at this with a tad of egotism and pride. If they are a stud, they know they’re the selected one, and it’s their instinct to be dominant.

In times past, what they imagined was having their own harem, or they should be able to get any female they want, for the preservation of humanity.

He knows he’s better looking, more intelligent and stronger, he’s capable of leading a pack of other men, and will continue to do so.

Since they are an alpha male from birth, they shouldn’t need to prove themselves over and over again.

King Of The Jungle

If this alpha male is ever challenged by another male who thinks he’s the more dominant alpha, a fight usually ensues. Gang violence and wars are usually the result.

What they battle for is superiority, realizing it may be taken away from him. This is the law of the wild as they protect their turf.

This is the male instinct of any species, in this case human. Whoever comes out on top wins.

The one who prevails takes the alpha male crown of their particular tribe, who’s then destined to lead the pack, and be the king.

The 5 Different Types Of Alpha Male

Alpha is the primal instinct, extending to the core fundamental motives of all species.

For us humans, what’s known is there’s different types of alphas based on personality and aptitude, as we extend beyond basic boundaries than animals.

It’s more fundamental when it comes to the animal kingdom, as it’s either fight or flight, eat or be eaten, as their existence is a lot simpler. Alpha digs deeper for us humans.

There are varying types of alpha males, as they’re categorized and classified differently because of who they are.

So what’s been defined are the various types of human alpha males to suit your taste.

This is the man who’s the king of the concrete jungle, this without needing to speak a single word, as his aura shines brightly.

He wields the most power, the biggest sword, this in business and socially among his friends and family.

Women who are attracted to this type of alpha, has their sights fixed on a business tycoon or a politician. What these women crave is the top notch position, along with the power it commands.

This is the type of alpha male who won’t generate or project the same overall “power.” But he excels by providing brilliant dissertations on any topic posed. This is the ultimate trendy geek alpha male.

These are the types who will receive the PhD’s, and may have plans to save the world instead of torch it.

Women who are attracted to this type of alpha will find their time being spent in a science lab, computer room, happily working side by side with their mates.

What most women traditionally love is a man in uniform. The more stripes, the more battle scars and stories of courageousness he happens to sport, the better.

These alpha men have the physical power, a sense of adventure along with a breathtaking and daring silent but strong quality about them. They can be dumb and full of come.

Most of the conversations are static, boring, or classified, but that doesn’t matter as the smitten lass is intoxicated by his brawn macho and muscular arms.

But he’s not usually at home very often, as they’re fighting forest fires, off to war, or is the local football teams quarterback.

Some girls just want to have fun and they don’t care. So this type of alpha dude is the most suitable for them. He also comes in a variety of different formats.

It’s possible he may also be in military or law enforcement similar to the macho alpha, being the big rugged silent type.

But more often the attraction is their shady past which he never reveals, as there are hints of a criminal element. Such as that suspicious van that’s always parked in front of his house.

He usually wears black, looks over his shoulders a lot, while not conversing a great deal, assuming the women he’s with, knows exactly what he’s thinking.

Yes, some women are attracted to the full man-beard, which crowds his face, where he hides his insecurity. He may also have a “man-bun,” that the bad-boy alpha male wants to rip off his scalp.

What this hipster does is sells his paintings downtown, and most likely owns an “anonymous” mask.

He rents a tiny apartment studio in the outskirts, as he and his lady spends their nights juicing, while they recite poetry to one other.

This man is the classic loner, usually poor. He has an environmental cause he needs to stand up for, a protest he needs to attend, as he sips his latte.

Go Beyond The Fear And Take Steps To Heal Yourself