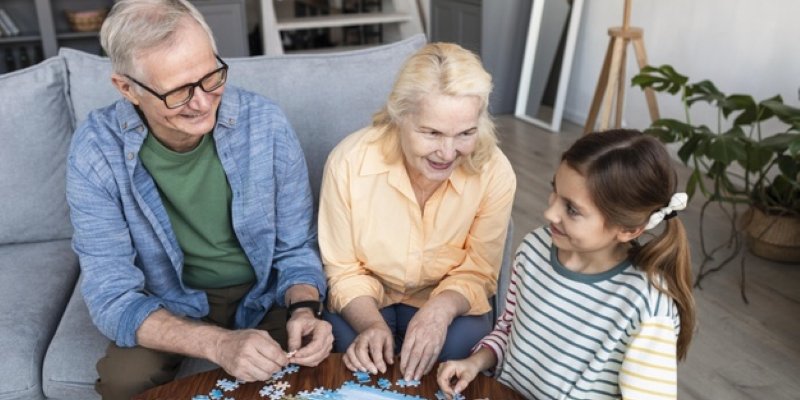 It’s usually politely called having a senior moment, as “forgetting” is excused as an inevitable part of the aging process. What’s undisputed and accepted by many is it’s perfectly normal to begin experiencing slight memory lapses, by the time most reach middle age.

There are some who disagree however. If there is any type of memory disorder, there are certain changes in their lifestyle they can alter.

This to slow down the decline of memory loss or possibly even reverse it. At the very least, to minimize the damage of impeding disease.

What’s known is the brain is extremely resilient, and like any muscle, has the capability of repairing and regenerating itself.

This begins with making active lifestyle changes, especially the ones that prevents diabetes, which is known to assist in improving basic brain function.

It can be as simple as reducing the intake of empty sugar, which is known to have a detrimental effect on memory. This even when young, healthy, and all the faculties are still intact.

Other factors which influences slowing memory at any age, are poor sleeping habits and stress.

Parts Of The Brain Not Affected By Aging

What research has shown is there are certain cognitive areas located in the right hemisphere of the brain, such as the judgement of spatial attention, that are not affected by aging.

What was tested and proven was adults of any age, from 18 to 90 years old, had the same responses when it came to performing spatial attention exercises involving sight, sound, and touch.

Some areas of the brain are better protected than others, which leads to greater insight when it comes to brain diseases such as Alzheimer’s.

Why Exercising Is Vital

What exercising to any degree does is improves brain health. Those who have been physically active since their teens, consistently score the highest on cognitive tests when in their 50’s.

Those who adopted fitness from an early age also scored better when tested on assessing mental agility and reaction speed, when it came to answering brain teaser questions.

Obesity is known to contribute to cognitive decline, partly because what fat does is increases the levels of inflammatory chemicals in the body.

These are known as cytokines, which directly damages brain function.

It’s the excess fat in the body which causes the cytokines to remain elevated, which in turn causes the muscles to inflame.

Exercise is the core function for weight loss. Any type of forced body movement is the best solution to lower levels of inflammatory cytokines.

What a lack of adequate sleep does is leads to shrinkage of the brain, while those who exercise experiences the least amount of shrinkage over time.

What was found is exercising on a regular basis helps the brain grow, this at any age.

A group of seniors in their 80’s, were asked to walk for 30 minutes, 3 days per week over a period of one year.

They all displayed up to a 5% percent volume increase in their hippocampus, an area of the brain that’s associated with memory.

What eating a variety of vegetables does is plays a key role in preventing, delaying, and at times reversing cognitive decline.

The reason for this is because they contain a variety of antioxidants. What antioxidants does is backs off harmful molecules known as free radicals.

The damaging effects of the oxidation of these free radicals does, is plays a huge role in the decline of health in the body. The brain being the most vulnerable.

What they contain are a variety of co-factors and phytochemicals, which are known to offer the greatest protection and health benefits.

Juicing is an excellent alternate way of boosting vegetable intake, by incorporating a variety of vegetables you may not normally eat.

Vegetables which offers the highest nutritional density, includes fresh dark leafy vegetables, along with a variety of colorful vegetables such as orange, yellow, blue, red, and purple.

Make sure you eat a variety of different types, and they’re not wilted as they’ll lose their nutritional value.

Low-fat diets can contribute to brain deterioration. What avoiding healthy fats does it promotes heart disease, along with brain diseases such like Alzheimer’s.

The body is only able to convert two types of fuel into energy, which are fat and carbs/sugar. What the body produces is ketone when it converts fat, but not glucose into energy.

The best source of ketone are the medium-chain triglycerides (MCT), which can be found in sources such as coconut oil.

While the brain can operate on glucose, there’s evidence it’s ketone which helps in restoring and renewing neurons and nerve function in the brain. Glucose cannot do this.

One study showed seniors who consumed the highest levels of Omega-3 fats, all had less incidences of brain atrophy, when compared to those who had lower amounts.

What research also suggests is there are additional benefits taking omega-3 fat for better brain function, especially for those who are young.

What’s found is the intake of DHA modulates, does is improves functional cortical activity.

The process of forcing yourself to learn something new, such as a new language or a musical instrument, has proven particularly beneficial.

How To Recognize The Traits Of Real Genuine People