Reasons To Procrastinate And How To Overcome It, Starting Now 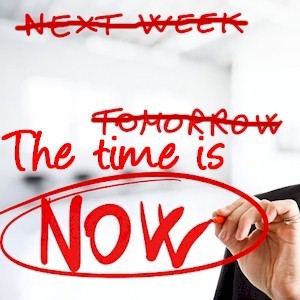 The first step to overcoming procrastination is by admitting how often you procrastinate, and then assessing your methodologies of doing so. Doing so may not sound that difficult, this once you become aware of it, and then use the tactics which are the most effective.

The key to no longer procrastinating, it’s found, is by just starting, being aware and taking action. Becoming a lot more organized and efficient, while learning to plan ahead. Knowing exactly what you want to accomplish today, this week, and in the long-term.

The most efficient way to begin is by making “to-do” lists. The list for today, should be more detailed than the weekly or monthly lists. Then constantly add to them, while continuing to rank them in order of importance.

Make several groups based on their priority and type, such as work and home. Within each of the groups, begin by marking all of the tasks which you would least enjoy doing.

The Daily To-Do List
Everyday, have a to do list for that day, of your most important priorities. Then tackle the most important ones first. If you have several “important” tasks, then take on the most desired item in that group, this before doing the more easier ones.

Once a task is completed, check it off. You’ll be pleased by the accomplishment once you begin to complete the items, a sense of progress that you’re making.

Then it becomes an incentive to tackle the next task on the list. Once you have completed everything in the first grouping, then begin the next group starting with what’s the most important.

Proceed to do the “Starred” items in that group first. Keep on checking them off once they’re completed.

A Systematic Approach
What you’re doing is getting the most pressing and the least liked tasks out of the way, this early in the day when you’re fresh and rested. As the day progresses, you’ll feel less pressure, as you’ve reserved the items which are not as critical for the rest of the day.

By doing so, what you’ve done is increased your efficiency, decreased your procrastination, while reducing your stress levels, as what stress does is it interferes with efficiency. This new found organization helps you in developing and living to your potential.

Delegating And Outsourcing
Another important component of efficiency, this so you won’t procrastinate, is systematically delegating work. If you’re in a position of authority where you have people designated under you, what you need is to effectively manage them.

If you’re not in a position to give out orders, what you need is to demonstrate that you can. This because what you should be working on is further developing your potential, as you may find yourself in that position one day.

Delegating, ordering work is difficult for some. Some find it hard to ask someone to do something, while others find it second nature to coordinate on demand, bark out certain assigned tasks. Effective delegation becomes a skill.

Is Procrastinating Just Being Lazy
There are some who think that procrastinators are just lazy. That they don’t want to do anything other than take it easy, while just contemplating about it. They need justification to doing something.

What’s realized is that it’s not laziness at all, they’re just being minimal. They do as little as possible. The bigger more important tasks or decisions however, are still unattended, and usually put off until later.

This the classic problem with all procrastinators, the most chronic ones who gets nothing done, for whatever reason, imagined or not, to those who when coerced, will manage to eventually get around to doing the task at hand.

Why We Put Off Important Tasks
This perhaps the most perplexing, since if someone knows that a certain task needs to be done, then why isn’t it a priority. Most have a mindset of being eager to do it, but then they’ll suddenly find that they’re not in the right mood, and then begin making excuses and avoid doing it.

What they’ll then do is prioritize things which aren’t as important, and then decide to do them first. Thus the definition of procrastination is: The act of postponing, to delay or put off to a later date, this out of habit, carelessness, or being tardy.

Why Procrastinate
What procrastination basically refers to is the act of replacing or avoiding high priority actions with low priority ones. To put off important tasks until a later time. This is exactly what most do, whether you call it being lazy or mismanagement.

A procrastinator then needs to justify why the task is being put off. The identifying reason alone, should be a motivating force to take action, and then complete the errant task.

In essence, procrastination is a thief of time. This the reason why time management experts will tell you to write a “to-do” list, and then tick off the priorities as you complete them, and be strict about it.

But the fault in this is you can tick off the items, yet still avoid that one thing that’s really important to do, this since it can go on tomorrow’s list. The tomorrow that never comes.

Procrastinators aren’t usually born this way, but found it’s rather formed over time. The procrastination habit is thought that it’s a learned response, this from within the family, school, and then life experiences.

Then there are those who think that it’s not a learned behavior, but more a submission to pressure, or the fear of failure. Any behavior can be unlearned, which means those who procrastinate can change.