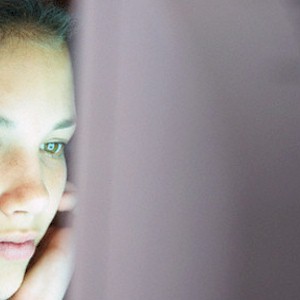 Facebook, like any other algorithm is continuously changing, altering, tweaking itself. As a result, some marketers are claiming that it’s no longer as effective when it comes to a responsive marketing platform. With over 1.1 Billion users, one would think that the desired response would come flooding in.

But there’s a noticeable drop in reach patterns, and some are wondering why. One of the biggest reasons appear to be a switch in focus to the main News Feed, where most continue to place their ads on the right hand sidebar.

It appears that the real estate space is shifting on Facebook. The sidebar had originally been the most obvious and premier spot for placing an ad, but this no longer appears to be the case.

The preferred spot is now the main News Feed where your ad can be more visible, this where most users will glue their eyes on, while they engage in the various messages.

Based on Facebook’s analytical data, the ads which were placed directly on the News Feed had over a 40X times better click through rate, and a 5X higher conversion response rate over the sidebar.

Blame It On The Ever Shifting Algorithm Changes
The younger generation appear to be now leaving Facebook in droves, where are they going? They most likely think that Facebook is their parents social media platform. But the older more influential and money packing adults remain, but aren’t as responsive as before.

There’s been a noticeable shift in activity where the once Facebook disciples have found other things to do online. So if your Facebook Fan Page base consists of those who don’t bother in Login any longer, your posts, ads, messages aren’t seen.

I Can’t See You…
There’s no way that people would respond to your posting if they don’t even see it. One of Facebook’s algorithm tweaks was that they began burying messages which they thought were too frivolous, extremely promotional that weren’t paid sponsored ads.

Also, the rumor that Facebook is planning to discontinue their Sponsored Ads are a bit misleading, as they’re just changing the format.

Increasing Mobile Facebook Users
What Facebook is doing is issuing link warnings to their mobile users as a service, but it’s thought this is a tactic to keep them on Facebook. What they’re doing is targeting the users concerns regarding privacy and viruses.

For each and every external link that appears on mobile devices, they post a message which reads “This link might be malicious,” which discourages the user from clicking on the links.

The “Tabs” area are also not shown on mobile devices. This is the area where companies can get creative and use third-party applications, but they can’t be accessed using mobiles. This becomes a disadvantage for companies who uses contests or sweepstakes to gather email addresses.

Extremely Weak Or No “Call To Action”
The functionality and algorithm tweaks on Facebook aren’t the only reasons why ad response rates are down. Some companies, this in an effort to increase engagement, are posting their ads with weak or no calls to action. If there’s no distinct call to action, most will not bother to respond.

Your Fans Aren’t In Your Target Market
The biggest challenge when it comes to growing your fan pages is acquiring fans who are in your specific target market and are interested in you. You could have 10,000 Fans on your Fanpage, but if they don’t care who you are, then they won’t bother reading your posts and respond.

Focusing More On Mobile Users
It’s now known that mobile device users form a huge chunk of the active online users, and Facebook is no different, as the majority of their activities are now being performed by the various mobile devices.

So when advertising, a significant portion of your ad budget should now be allocated towards dedicated mobile-only Facebook advertising. Creating mobile only campaigns is now a necessity step as different ad creatives need to be employed, this based on the behaviors of the specific mobile device users.

Becoming Familiar Get Yourself Known
Statistics and observations confirm that the users of Facebook will more than likely purchase brands that they’re already familiar with, or if they already know you and have interacted with you in the past.

So it becomes important to know the history of your user preferences and behaviors. A portion of your budget and time should be allocated towards the tools which can help in retrieving the users browsing history along with their tastes.

Tools such as Custom Audiences, for instance, can help you the marketer to gain specific knowledge regarding user behavior, this based on what they’ve previously searched for. This should help in boosting up your conversion rates.

Always Change Your Ad Creatives
The attention span of any online user is dim, and what they won’t do is click on the same ad creative over and over again. So to keep your ads fresh and alive, this so your users will engage with your brand better, have a series of different ad creatives and routinely rotate them.

Find out which ones get the best responses at certain times of the day. Always continuously be developing new ones. It’s found that rotating ads can lead towards a noticeably higher click through and conversion rate.

Advertising on Facebook has now become an extremely competitive landscape, and new and unique creative ideas needs to be continuously developed, this to get a positive impression and then maintaining them.