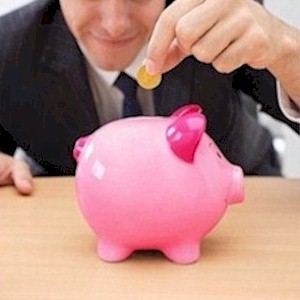 Once we reach the age of majority is when our focus turns to earning a living. Some will shoot for the stars and want to become wealthy, earning beyond their expectations. Becoming “rich,” financial pursuit however, means different things to different people.

So this the great chase, when one wants to become rich, try as they might, will just spin their cranks. Are there personal issues holding them back, do they think the great divine isn’t allowing them to get wealthy. Are they cursed and doomed to a life of failure.

Regardless of one’s education, chosen profession, lifestyle or upbringing, most are not close to where they want to be financially.

The reasons vary but the substance of the mentality why, are more similar than different. The good news is once the threshold is crossed, you can become rich, this provided that you do something about it.

Stop Thinking You’ve Already Made It
“Fake it till you make it” only goes so far. It’s a bad idea to overspend, to buy frivolous things you can’t afford. So stop buying things on instinct that you don’t need until you can afford them.

Most are guilty of living beyond their means, loading up their credit cards. The problem with spending more than you have is you’re not able to build wealth, as you’re in perpetual debt.

Chronic overspending is a death trap of high-interest credit cards, taking your dollars away from you and financial success. Instead, spend like you’re poor until you can pay cash for it.

There’s No Plan
Without a clearly defined plan, this in the short, mid, and long-term, becoming wealthy will remain a pipe dream. Not planning means you won’t save and will continue to overspend.

Creating a financial plan for many appears overwhelming, but it doesn’t need to be. It starts with prioritizing your goals by writing them down. Revisit it on a regular basis and stay on track.

Save For A Rainy Day
The benchmark is you need at least six months of income that’s stashed away as a rainy day fund, for emergencies. But that’s easier said than done.

We all know that unexpected disasters can strike when you’re least expecting it. The car breaks down, medical bills, job loss, illness, all which can deplete your income and savings.

Once this happens, and you know they can, most don’t have a financial safety cushion other than their credit card, compounding the issues.

You Procrastinate And Complain
You make constant excuses that you’ll never get out of debt, you don’t get paid enough, you don’t know how to invest. You default to every excuse in the poor mans dictionary.

It’s easier to do nothing and just be lazy, by allowing the bad habits to fester, rather than to commit to a plan and make change.

This is the reason why debt and obesity are the two main epidemics in our society, as millions will postpone these acts until it’s too late or they’re too old.

They’ll complain, procrastinate about not becoming rich. Instead, take responsibility by focusing on what steps you can take to change them, and then follow through.

You Live Just For Today
Tomorrow, next week, is too far away, let alone retirement. You want to spend all your money right now. You also need to eat, pay the bills, mommy needs a new pair of shoes.

The basic essentials leading to over indulgence results into financial debt, spending money you should be saving, while growing poor. So instead, adopt a “save today for tomorrow” mentality.

Automate A System
What becomes key is to automate, put a savings program on autopilot. Then it becomes effortless as it’s out of sight out of mind. But most aren’t disciplined enough, but rather impulsive and greedy.

Being responsible requires a plan, so automation forces you to become responsible and hands off. All that it requires is setting up monthly transfers from your paycheck into an investment account.

Otherwise, you’ll spend that money you could be saving. Even if it’s a small amount, those steady investments can add up over time.

So begin to automatically put away some money every time that you get paid. Just make sure that you don’t overextend yourself, while increasing your investment savings periodically.

You Need To Start Today
You may be thinking that you don’t need to worry about paying off that credit card debt, or start an investment plan, or you’re just waiting for someone to help you.

Maybe you’re looking for a promotion or that raise, a new job, winning the lottery. What you’re counting on is for someone else to do it for you.

Whatever that “it” is, becomes an excuse to not take the steps to begin saving. The problem becomes life is uncertain. No one knows what will or won’t happen.

So you need to focus directly on what you can control today, which is looking out for Number 1, which is you. Never count on someone or something to bail you out.

Begin Today
Every day, month, then year that passes by without saving, your chances of becoming wealthy decreases. Know that compound interest and time are the keys to growing money.

So even if you’re currently in debt, or the money that you earn barely exceeds your expenses, continue to save a bit of money, even if it’s just a small amount.

The sooner you get into the habit of saving, the easier it becomes to continue and then increase those savings. A savings plan is similar to a muscle that grows bigger with consistency.

Once you begin a plan, it then becomes possible to generate a nest egg, this once you become dedicated, but the key is starting now.