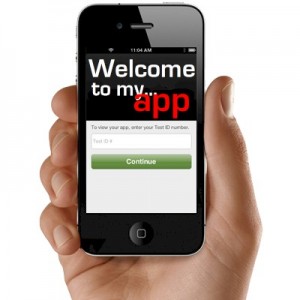 The rage I tell you kids, oh the rage is getting that bright idea, then developing and then marketing a massively popular Mobile app. It’s the newest and latest virtual goldmine on the Web, which has made overnight success stories out of every day individuals like you.

They’ve been able to turn a particular need into a convenient concept, and then proceeded to build a usable mobile app which can draw in a monthly revenue stream on autopilot. But for one single success story out there, there are thousands of apps which sputter and end up in the trash compartment.

So what’s needed for successful app creation is to identity the current trends when it comes to the most successful of these apps, and also look at the failures as well when it comes to development. What needs to be looked at is their plan of attack and execution. What are these app entrepreneurs doing right, or wrong.

So what’s been investigated and boiled down are the traits of the most popular and successful of the mobile apps currently on the market.

Do As Much Preliminary Market Research As Possible
What needs to be diligently investigated is performing as much market research as possible on the currently trending, best selling apps. What doing this research does is it sets up the “idea” behind the app, as well as the marketing plan that promotes it.

So find and then follow the apps which are popular in your category or niche. Becoming an app user yourself is the best method of market research, which reveals the customer traits while also providing the best design and marketing insights.

The Different Ways Of Making Money With Apps
There are a variety of ways to monetize mobile apps, the three most popular ways are:
• Apps With A Fee – There’s a fee which is attached to downloading the app. This is the most popular method of monetization. However, the apps which has an initial download fee, only currently represents around 12% percent of the entire app downloads, this according to Apple’s App Store.

• Apps Which Are Free – You offer the app as a free download while providing information inside the app to purchase, or have an option for a premium upgrade version. This appears to work well since the majority of mobile devices users are conditioned to be cost conscious.

• Placing Ads On The App – The app along with its content, such as an ebook, remains completely free to download, as this income model is through the placement of ads. This method also provides a low barrier of entry since it remains free to download forever. The profit margin, however, may be lower since using “cost per click” methods usually pay out low, or always doesn’t perform well. However, there are several ways on optimizing the app by choosing the best strategic advertising partner. Other factors include where you decide to place the ads, etc.

Emulate And Then Improve
Emulating something that’s already successful and then improving on it isn’t a new concept, and is used extensively in all markets. The majority of the so called “groundbreaking” innovations are just usually an improvement, a tweak, on an existing idea, product, or concept.

So it may be worth your while to consider just applying sidebar innovation parts by looking at the various successful apps out there, and then making a better more efficient product.

Automating The Process
What the majority of the successful app creators do is automate the mobile app creation and development process. Outsourcing is the key as the entrepreneur becomes the commander in chief to engineer and put together all of the pieces which involves the process.

Begin by establishing the roles required by the graphic designer, the coder, and the marketing personnel. You can do so by using services such as BaseCamp and communicate via Skype. By orchestrating out the instructions, you as the app entrepreneur can operate the entire business out of your home office using your tablet PC.

Know The Cost And Execution Of Creating An App
The best part is that you don’t need to be a programmer, or need deep pockets to become an app developer. Most of these entrepreneurs actually don’t know a lick on how to code, or have a cent of seed capital to back them up when they’re creating their mobile applications.

There are some who are able to develop useful apps at extremely affordable prices by effective outsourcing. What’s required is that you know and realize the most common of the pitfalls by knowing the strategies when working with an external development team.

So if you’re not a programer or a developer, then it would be worthwhile to adopt excellent project management skills to organize the operation, this since that will be your primary operation for execution.