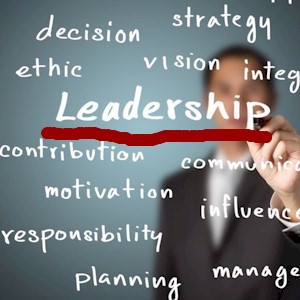 You most likely realize by now that when attempting to achieve any level of success, it’s usually what you don’t do, rather than what you do.

If you query any accomplished entrepreneur or executive, they’ll tell you it can be as simple as being focused on the single task at hand, and being consistent, which are the keys to their success as a leader.

Most will see this as a foundation to build upon, but the temptation of attempting to do more, or giving in to distraction, is what they’ll surrender their efforts on.

But this doesn’t need to be a chronic condition. The majority of individuals, however, will manage to find excuses, get discouraged, and then talk themselves out of what they attempt to accomplish.

So based on a survey of a cross section of successful executives and entrepreneurs from a variety of industries, these business leaders revealed certain traits which they simply do, and more importantly don’t do.

What’s up for discussion is if they’re cognitive or instinctive, but there are certain things which they rarely dwell upon.

The Habits Of Successful Leaders
Never Do What Everyone Else Is Doing
They are all contrary in their own views as they have the natural tendency to question everything, avoid conventional wisdom, while constantly challenging the status quo.

They as a result will avoid all of the common cultural habits, the fads, group or herd mentality thinking. They don’t bother worrying about their personal productivity, or brand, or generic social media. This of course unless that’s their passion, competency, who they are, or who they represent.

Not Worrying About Their Weaknesses
Perhaps they should, but this may be the distinct difference between those who are successful, and those who are ultra successful, the superstars. The one thing for certain is that they’re extremely comfortable and confident with who they are, flaws and all.

They’re not plagued or brought down by self doubt or fear which often derails the majority of people. They don’t bother to fixate directly on what or who they’re not. They just accept it and work around it, or improve it.

Although they have their own fears, the key indicator is what they do with it, which also attributes to their level of passion and compassion. They all found their true path in life, their calling, and then stuck with it. Once they found and then do what they love to do, they become completely free of burden, and not fearful of it. It shows up in their work.

Leaders Don’t Like To Waste Time
This not because they’re concerned with better time management or productivity, but they just don’t like to waste a lot of time, with people or things, since they have a predefined mission and a vision.

They want to spend their valuable time while fueling themselves on whatever it is that they love to do, so that’s what they decide to do, nothing else, no distractions.

They won’t usually indulge in the same activities which most people spend their time on, or worse, waste their time on. They won’t try to get inside anyone’s head, because they just don’t care.

They don’t or won’t bother asking why certain things happen, or why certain people do the things that they do. This unless it becomes an issue which they need to solve.

They don’t want things to change, nor will they attempt to change them, rather, they just prefer to do things differently.

The most successful of people are always driven to do something, to accomplish something, to win, and will do it their way. It’s also one thing at a time, without distraction, and reaping success being the reward.

They’ll avoid competition, but rather create new avenues or methods to do something that nobody else has done to achieve the same goal, if that doesn’t work, they’ll try something else.

Capitalizing On Their Own Success
Some will claim that there’s a downside on becoming too indoctrinated with one’s vision, in fact, you may become blinded by it. But that’s what ultimately takes down most people who initially attempts to be successful, but can’t sustain it.

Then what happens is they stop asking questions while succumbing to their own status quo, and then the results remain with their flawed and failed ideals and effort.

The most highest of accomplished individuals don’t surround themselves with “yes men,” surrender to groups who think the same, and will just accept the truth, even if it hurts.

Sure, they may at times initially bite your head off, but that doesn’t necessarily mean that they’re not listening or paying attention to you.

They’re also aware that they may not win every battle, but the question never enters their minds either. They’ll just do whatever they do best, and will always give it the best that they’ve got.

After the fact, they’ll often look back to see what they’ve accomplished, but will do so only briefly. This because they’re already on to their next battle.

Staying Real And Honest At All Times
There’s not a single business owner, executive, or entrepreneur who’s successful, that hasn’t got to where they are, without being something or someone that they’re not. Absolutely no one.

Anyone who will tell you to constantly focus on self-promotion, to feed your own ego, your own agenda, instead of doing whatever you love to do, just doesn’t get it.

It may sound simplistic but this is the takeaway which will set you apart. In the world of all the wannabe entrepreneurs and posers out there, where everyone’s a successful CEO of their own minds, never attempt to be someone that you’re not. Just be real, and be yourself.

Most Effective Ways To Manage Those People You Don't Like