Taking That Quantum Jump To Becoming An Entrepreneur 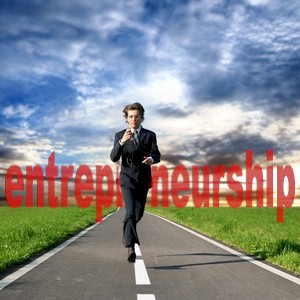 Entrepreneurs have an unique set of skills, attributes, they are the rarest of individuals who’ll persevere through thick and thin, who has that unique internal motivation.

They’ll get up early in the morning, sweat it out all day, and then work until late at night without the coaxing of others. They’re always the first to arrive and the last to leave.

So where do they get their drive, that internal kick and motivation. What stems this fuel to exceed and achieve. Why and how do they get that extra gear to sprint beyond others, while everyone else is struggling to prepare a business plan. It must come down to a set of reasons which fuels this drive, a reason for this motivation.

In a clinical study, what the researchers found were compelling reasons on why, and how these findings can be applied for anyone who wants to use them, so they can then become an entrepreneur themselves.

What was also discovered were the parallels of a successful entrepreneur and how their actions closely resembled a dedicated athlete performing a physical exercise regime.

Physical Fitness And Entrepreneurship
• The Need For Social Support – Social support which is provided by a significant other, which could be a meaningful friend or partner, are highly associated when it comes to exercise adherence.

The research shown that if you work out with a spouse or a partner, you will tend to stick with the exercise regime with double the intensity. So social support is important for reinforcing goals, which is recognized as a significant factor when it comes to increasing motivation.

• Physical Environment Close By – It’s found that the physical environment needs to be immediately available, as having convenient access to exercise facilities which is important as it enhances adherence.

So it’s always handy to have the local gym or the jogging track close by, and not needing to drive across town as that will usually blunt the motivation.

• Having Self Worth – Having high self worth is found to be important when it comes to developing exercise adherence. Those who had a consistent routine exercise program all demonstrated to be able to create intrinsic motivation for them to exercise.

So what this equates to is that success will generally breed success. It was found that those who viewed themselves, from previous to current reality, it influenced their choices when it came to physical activity.

So if a person was ordered to exercise by their doctor, for instance, for medical reasons, that person would have a negative perception which usually impedes adherence, or won’t even bother to begin the exercise program.

It’s been proven that receiving positive feedback will improve a persons perception, focusing on their future hopes instead of potential dire consequences, which are found to be much better ways of motivating people to exercise.

The Translation From Exercising To Entrepreneurship
• The Proper Social Circles – In order for one to develop the level of motivation which is needed to become a successful entrepreneur, you’ll need to spend time with other like minded entrepreneurs as well as other motivated individuals.

So the clue is to stop hanging out with those negative naysayers who’ll continuously knock you down or crush your ideas, as they are the anchors holding you back.

Seek and find those who believes in you and your ideals however whacked they may be. You should be creating a network of accountability with other like minded entrepreneurs who will fuel and drive your success.

• The Proper Environment – What you need to create is a physical environment which will support entrepreneurship, a room for brainstorming, which dedicates your vision. This “war room” is the core for driving your business goals forward. This so individuals can become innovative while designing the proper mindset for creativity.

• Removing All Negativity – Any type of negative thinking is the arrow which deflates any ideas. So once you find yourself getting caught in any negative thoughts, view the problem as an opportunity to grow instead.

If you shift the way that you look at things in your life, then you’re negative thought patterns should dissolve. It’s possible to adopt a state of natural optimism and happiness, giving you a fighting plan and energy to eliminate any negativity.

So any time that you begin to feel discouraged, take a moment to realize that the biggest weakness comes when you give up. The majority of those who fail, fail to realize how close they actually were to success.

The best way to succeed is by attempting to try just a bit harder or trying one more time. The majority of people have met their greatest success just one step, one notch, beyond what appeared like certain defeat.

Putting Your Best Forward
• Always Show Your Gratitude – Never compare yourself to how others are doing. Instead, look for hidden talents, or circumstances which you may be overlooking. Use whatever your grateful for to increase motivation.

• Always Reward Yourself – Use positive reinforcement as what motivation needs are rewards. So what you want to do is reward yourself at times because of all your hard work and wins. If you don’t, you’re just sabotaging yourself, so make it a point to take a breather on your successes, however minor they may be, and then just reward yourself. Be good to yourself first.

• Always Be Moving Forward – Always move forward which means cutting off or letting go of things which don’t work. Commit on letting go of those things in your life which keeps you from moving forward, or slowing down your progress. This could be something like a job that’s going nowhere, or a partner who’s a chronic complainer, fueling the negativity.

• A Solid Support System – Keep yourself on track by developing a mastermind group. Once you do, think of preferred outcomes rather than they being considered as tasks. This way, a hour of gruesome cold calling, for instance, will feel like an opportunity instead of it being a chore. Actively support each other and cut out those who don’t.

Every Interaction That You Have In Life Is A Negotiation

The Best Foods Which Can Prevent Or Slow Down Alzheimer’s