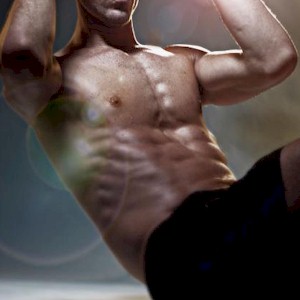 As the summer nears, the temperatures rise while the clothing and inhibition lessens. What we all want is to look fit, and the best definition of looking slim, toned, and muscular, to determine if someone is in great shape, is a set of great looking abdominal muscles.

So now is the time to get back into slim shape, and the ab muscles are the visual proof. The symbol which states that you’re buff, a person who takes care of their body. Abs are the keynote feature, as one of the most desired physical attributes that most want.

The reason being that they’re also the most difficult to build and define. What’s known is that developing great abs requires a series of exercises, which takes extreme discipline.

Isolating Certain Muscle Groups
What building each of the main ab muscle groups does is takes dedicated concerted effort. What most don’t realize is that there’s three distinct abdominal muscle areas, which are the upper, lower, and the oblique muscles.

The upper ab muscles are most commonly known as the “beer belly,” the lower abs often referred to as the “pooch,” while the fatty oblique’s are the “love handles.”

There are certain isolating exercises which can strengthen all of these muscle groups individually. What should be known is that none of them will actually reduce the levels of fat, as a proper diet along with other exercises are needed.

Begin With Proper Stretching
Having discipline is one thing but needing to stop because of injury such as a pulled muscle, is another. To avoid this, what you need is to begin your ab routine with a series of stretching exercises which works on the core muscle groups.

What needs to be relaxed are all the muscles between your neck and your waist and hips. The best way to begin is by stretching while keeping your feet firmly planted, shoulder width apart.

Then bend your knees slightly forward, while slowly making a 180 degree swoop with your upper body from the waist up.

As you do this, what you’ll feel are all the muscle groups beginning to pull as you stretch them. Make sure that you do this slowly, as you’ll quickly learn to know where the ab muscles are.

Positioning And Isolation
When performing the exercises, what’s vitally important is proper positioning, this to gain the maximum effect for each movement performed. The one position that you need for each exercise is bending the knees forward.

The angle, this in reference to the floor, should generally be around 90 degree’s unless otherwise stated.

What doing so does is isolates the abs the best, by preventing the legs from assisting the abs during the exercises. What’s also important is not overextending range of motion.

There’s a common perception when it comes to ab exercises, and that’s to cover the full range of motion, this from the starting point of the exercise right to the end.

All that’s required is covering around 30% percent of that range, which best isolates the abs. This lesser motion however, is more difficult.

The Best Ab Exercises
What’s found as the best exercise for strengthening the abs is the basic “sit-up.” A variation which is known as the “crunch,” which completely isolates these muscle groups the best.

It’s how you do these crunches which matters, as it’s known that most will do them incorrectly.

To Perform Proper “Crunches”
• Lay on the floor while bending your knees in a 90 degree angle to the floor. Place your heels on the floor with the feet at a 45 degree angle to the floor. Place your hands with fingers interlace behind your head
• Relax your arms and neck as much as possible
• Slowly raise your upper body to a 30 degree angle, while also bringing your knees up to your chest. Return to the starting position while repeating again
• Keep your arms and legs relaxed while moving in a smooth motion for the best results

Side Bridge Exercises
To perform the “side bridge” ab exercise correctly, what you’ll need is to warm up your biceps and shoulders first.

To warm them up, fill several 1 gallon jugs with water, and then do arm curls. 18 repetitions equals one set. Repeat while adding more weight by using more water jugs.

Performing Side Bridge
• Lay on your side with your legs straight and stacked on top of each other. Place your hand slightly under your body at the shoulders. Press down on your hand while raising your body until the arm is almost locked, while no completely locking
• Raise the opposite arm to be perpendicular with your body, and then hold the position for a count of 10. Lower and then repeat

Medicine Ball Plank Exercise
What using a medicine ball does is it resembles a “push-up,” the only difference being you’re using a mobile object. You’re also not lowering then raising yourself, but instead holding the position for 15 seconds.

As you gain strength performing this exercise, work towards doing 30 seconds as one set. Do three sets to start. Always make sure that your knees are bent slightly forward and not locked.

Seated And Standing Twists
Stand erect with your feet spread shoulder width apart. Place your hands on your hips and then twist smoothly side to side.

Once you become more flexible and comfortable with the movement, then begin holding a weighted object such as a water filled jug, or a medicine ball in front of you.

Once you begin to feel more strength with the exercise, then do the same movement while sitting on the floor with your feet slightly off the ground, with the knees slightly bent. As this becomes easier, then bounce a ball on each side with your feet planted.