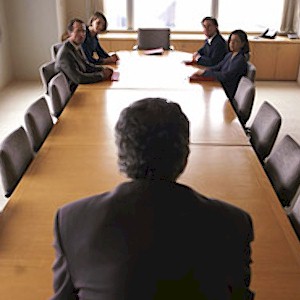 There’s a fine divide between those who are arrogant and self confident. We live in a world of phony extroverts, a culture of those who’ll fake it until they make it. So it’s our duty to distinguish who’s the real thing, and who’s the fake. To tell those who are truly confident or just plain arrogant.

Those who claim or show they lack confidence will usually spend too much of their energy in the attempts to gain more of it. The majority feel that they have adequate confidence, while others, not so much.

It’s found that when it comes to those who are genuinely confident, they don’t need to come across with an extremely over the top swagger and attitude, insisting, bragging that they’re brave, bold, or beautiful.

Confidence is more of a silent trait, as what confidence projects is more of a natural expression of one’s expertise, their ability, and self regard for themselves and others.

You most likely know a few truly confident people yourself. Some who you may be working with, or those you meet networking or socializing about. You can pick them out. What they share are a number of similar qualities and traits.

They’d Rather Listen More Than Speak
Those who constantly brag about themselves is a sure sign of insecurity. Those who are confident are usually more quiet and unassuming. They know what they think, and they don’t need to broadcast it. They’re more interested in what you think.

What they’ll do is ask questions which are open ended which gives everyone the freedom to express themselves. They’ll constantly ask why, what, how you do, what you like, what you know and have learned.

Those who are truly confident know that they know a lot, are informed, but are always wanting to gain more knowledge, and the only way they can do so is by listening to you more.

They Don’t Always Need To Be Right
They’re not afraid to be wrong and will admit it. Those who are ego first will take a position, their stand, and then proceed to completely disregard differing opinions, criticism, or other points of view.

Those who are arrogant think that they’re always right, and they need you to know it, will argue it, even if they and the whole world knows they’re wrong.

This isn’t a sign of confidence but rather crumbling insecurity. Those who are confident will welcome challenge, invite being proven wrong. They’d rather seek the truth, find what’s correct rather than thinking they’re always right.

They’re Okay To Avoid The Spotlight
Those who are confident, even though they may of spearheaded or did the bulk of the work, they solved or overcame most of the major obstacles and roadblocks, they’re okay that they don’t get all of the credit.

Such accolades doesn’t matter to truly confident people as they don’t care and won’t show it. Deep inside, they’re extremely proud of what they did and they should be, but they don’t seek out the glory, they and most others know what they’ve achieved.

They’re not looking for validation or a slap on the back from others, this because they have all the true validation that they need from within. So they’ll just sit back and acknowledge their accomplishments through the glory of others.

They Praise Others At All Times
Those who like to talk a lot about themselves, enjoy gossiping about others, cowardly speak badly behind their backs, do so because they’re hoping by comparing, that they’ll make themselves stand out and look better.

The only comparison that those who are truly confident makes is comparing themselves to how they were yesterday, or last week, if they’ve improved themselves, and are becoming closer to the person that they want to become.

They Admit And Fix Their Mistakes
What being insecure tends to do is it breeds an artificial persona, while those who are confident breeds honesty and sincerity. Truly confident people will always admit to and if possible fix their mistakes.

They look forward to making more mistakes and then learning from them. They don’t mind being the focal point once they do error, and will often laugh about it. It doesn’t bother them if they look bad or foolish on occasion.

They know that if they show that they’re genuine, humble, and vulnerable, others will laugh with them and not at them.

They Know They Are “It”
The majority of people feel they need to wait for a sign so they procrastinate. They wait to get hired, promoted, waiting for fate to select them, to be discovered. This is what those who lack self confidence do.

Those who are confident realize that they can access anyone, and anyone can access them if needed. They can easily connect with others, almost everyone that they need to, this through email or social media.

They know they’re able to attract funding, build networks, create products, and are capable of choosing and following their own path. They’re able to choose any course they want to, and are usually successful at it. They do so without attracting attention, they just go out and do it.

They Ask Others For Help
They’re not proud or sit high on their pedestal, instead, they’re humble enough to ask others for advice when they need it. Most think that asking for help is a sign of weakness, that they don’t know or aren’t smart enough. That asking for help from others is embarrassing.

Those who are confident know and will admit their weaknesses. They’re not afraid to ask for assistance, and will pay respect to those who happened to help them, by complimenting them.

By saying, “I need your assistance, so can you help me?” goes a long way while showing tremendous respect towards the other persons expertise. Otherwise, why would they ask.