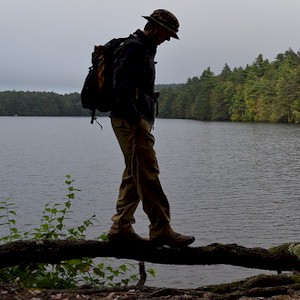 There was once at time when perhaps your parents, but more likely your grandparents, they lived in a world where they considered modern technology to be: a transistor radio, a television set with rabbit ears, and a rotary telephone which was mounted on a wall.

But if you fast forward to today, in this world of advanced technology that we live in, you can be anywhere on the planet and be contacted on a mobile device immediately.

These superphones, smartphones, tablets, and laptops, and once combined with the juice of social media, they have completely reshaped how we now live our lives, educate our kids, and how we do our work.

Social science experts are now beginning to wonder and question what the long-term effects are of us being completely dependent on all this high technology, and what it’s doing to our actual thinking process.

Too Much Dependance On The Internet
There’s now even an official medical and scientific term for an overload of technology, which is known as “Internet Use Disorder,” which is now considered an actual disorder.

Even at the birth place of technology, Silicon Valley, there’s a continuing concern that the dependance on everything hi-tech is now beginning to take over our everyday lives. So what needs to be investigated is how we need to realize and then rethink how it’s altering our lives.

Technology Goes Warp Speed
We’re now far past the stage where it was once predicted that every home would have a computer, but instead have reached a critical phase wondering, “Oh heck, what have we done to ourselves and our kids.”

So what we need to do is to create a delicate balance between remaining as sane as possible, by attempting to control the wired world which we live in.

You can easily go ahead and blame the likes of Google, Facebook, and Twitter for accelerating this situation, but know that they’re now advising their own employees to take meditation and fitness breaks.

They’re now actually cautioning them on the dangers and hazards of being cooped up in their cubicles, and then constantly surfing the net, tweeting, and texting during their entire work day.

It’s Now Considered An Addiction
Based on the various experts, particularly for those who are consumed in the tech field, we’re now becoming addicted to technology as well as getting trapped in it.

We’ve now created a nation of compulsive technology addicts, and most will insist that it’s not the gadget’s fault, but our own.

Although the initial cure for breaking any addiction is admitting that you have a problem, many won’t blame their smartphone or laptop for their addictive behavior.

But we all have this compulsive need to check our Facebook, or continuously type and reply to texts and emails, this regardless of where we happen to be. So the question remains, who’s to blame?

Technology Forces Us To Go 24/7
• Employers now expect their staff members to be available or be connected 24/7
• To feed any of our emotional insecurities that we may have, we need to know what others are doing at all times
• This high demand technology culture won’t allow us, or will make us feel guilty when we want to take time off to relax
• We as humans will now crave and respond to everything and anything that’s technology related, known as digital dopamine

How Our Brains Are Getting Rewired
There’s solid evidence which supports that our brains, our actual cortex is getting rewired because of the non-stop constant use of everything that’s technology.

Every time that your smartphone, tablet, or desktop computer alerts you with a “ping,” indicating you have a new text, email, or a tweet, what that does is it instantly triggers a sense of expectation in our brains, which feeds the reward centers. The result is it gets an actual shot of dopamine from the event.

Then our brain has a need to adapt to these quick fixes, which uses energy which are usually reserved for other purposes, such as: concentration, impulse control, and empathy.

What’s then developed are new neurons receptors in the brain which speeds up the processing and the instant gratification which satisfies this new fix.

What’s also been discovered, this based on actual brain scans from highly addicted tech brains is that it resembles the same addictive characteristics of alcoholics.

The symptoms of this technology addiction, when it becomes deprived, can range anywhere from depression to psychosis.

Putting A Stop To Technology Addiction
Begin by first consulting with grandma and do what she does on a daily basis. Beyond that, there are some possible fixes to combat and cure this new age syndrome.

• How about going outdoors, go take a nice long walk or a quick jog, get out and enjoy nature, get some fresh air, and try not taking your smartphone with you
• Find ways and places where you can serve or help others. Build empathy and social respect through community service and volunteering
• Go on a technology break. Breath in deep and then exhale, and then unplug yourself completely from everything that’s electronic for 24 hours or longer. It’s guaranteed that you’ll survive and come out alive
• Schedule the time that you spend in front of the computer better by actually meeting people face-to-face, over dinner or for coffee, and don’t talk about anything tech related

Almost everyone would agree that technology is a complete blessing to our lives, while it can also be a curse. Like anything else which is habit forming, moderation and control is the key.

The best plan may perhaps be to keep it as positive as possible by making technology work for you, and not allow it to dictate your life.

What Were Once Vices Can Now Actually Improve Your Health

How To Ask For And Get Exactly What You Want Everytime