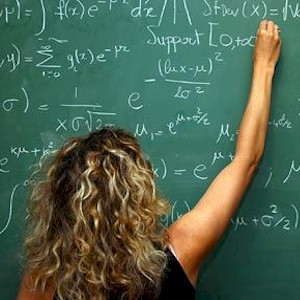 How could those who’s accomplished so much in life be that different from us. People all react like people do. So how radically polar do those who are so accomplished, think differently from us mere mortals, who are constantly spinning our wheels sideways.

There’s an obvious stream of radical thinking which occurs. The most brilliant of individuals on this planet, must have distinct thought patterns by behaving differently. Then they follow through on their instincts by taking action. What they have is different programming.

So what are the most common identifying factors of these high achievers, who excels past us to fame and fortune. What’s known is that some of the more notable traits of their distinct thinking patterns, can be learned.

They Don’t Socialize As Much
The theory being that those who dedicate their time to be overly social are wasting their lives. The whole process appears fake, these gossip queens and egotistical blowhards. This especially when out in public, where gossiping means talking loudly, talking spew.

Being brash to as many people as possible becomes tiring and boring. Those who are the most famous or brilliant would rather keep to themselves and only socialize sparingly. They just choose to withdraw themselves, finding being gregarious a chore.

What they’ve discovered is having an active social life saps their energy which could be used more productively, so they avoid the distraction. They realize it’s just an act that empty lives do, those who wants to be socially popular.

They Don’t Get Distracted
What all these high achievers protect themselves against, is the temptation of distraction, this especially in this cluttered electronic world that we live in.

Concentrating is when they get their best most productive work done, while isolating themselves to focus on just the things that need to be accomplished, and everything else is deflected or eliminated.

They avoid the constant barrage of technological noise, which can batter and sidetrack their minds and time in different directions, which delays getting work done.

They shelter themselves from being bothered by something that’s arbitrarily said about them. What they’ve established is a one track mind that’s dedicated to being in focus.

They Spend Time To Reflect
These individuals are all prone to the constitutional, as they all believe that it clears their minds. The majority of them perform this maintenance by just taking a long walk in the forest, or going for a run in the park.

Taking a quiet stroll is the most logical to them as it’s the most convenient, this rather than going to a busy gym which offers too many distractions. The most brilliant out there all welcome nature, looking at sculpted landscapes which sculpts their minds.

They Take Their Time
Which means they don’t panic, or surrender to the hustle of getting things done too quickly. They would rather formulate their ideas, write them down, and then revisit them later to make sure they still make logical sense.

What they prefer is to leave something in reserve, this so they can dwell on it, or use it to help them get activated the following day to take action. There are exceptions however, where some will work furiously to get their work done.

Some have a habit of counting all the objects around them, and then search for a correlation to solve their problems. Others will count every word that they type into their word processor to keep track.

What they do is place a number and a price on everything that they do, such as placing a value on their achievements to gauge their progress and worth. They proceed ahead if it’s feasible, leaving the uncertainty of emotion out of it.

They Enjoy Uninterrupted Work
Which in this day and time is not that easily achieved, this especially in this crowded world where everyone is expected to share and cooperate, connect in open offices, communes, and tribes.

Thinking on the straight and narrow is difficult enough. What thinking brilliantly requires is astonishing silence. What all those who achieve in this world have is a secret private office where all their mad work is done. What they crave for is peace and quiet.

The Need For Relationships
What these brilliant successful people also realize is that they can’t isolate themselves forever, operate entirely alone by themselves. In order to maintain a life balance, what’s realized is they need a mental equilibrium.

So they have a few people who are close to them, who believes and trusts in them, understands their finicky, and most importantly are able to tolerate them and their whims.

If this tolerance runs out, then they know that their success can find another tolerant partner, as they can be obsessive, narcissistic, demanding, unorthodox, so it takes a special breed of person to endure them.

Just To Get Along
These are the individuals who claims to know and have solved the needs of mankind and the human mind, yet they can’t solve their own tyrannic ways. They can be manipulative, controlling, and perhaps they should seek help themselves.

Ultimately, what every brilliant person doesn’t realize is that they’re brilliant, as they’re just being themselves. They just do things which they find are absorbing and logical.

They may come up with something that’s genuinely groundbreaking, but who appoints them genius. It’s often a group of academics or the media, who point’s out their breakthroughs, but it’s rarely them.