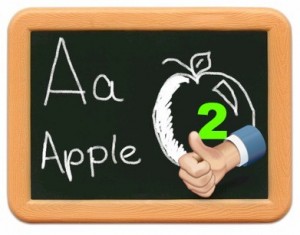 The iPad 2 is proving to be just as popular as the initial release of the original iPad fab tab. Most are fascinated with anything that carries hype and is shiny and new. This is not offered as purchasing advice, but there are a large segment of experts and media providing reasons why not to buy the iPad 2, as there are a large contingent of die hard Apple Cores that stand by the improvements of this new version. The reality is, there are excellent reasons why you should be wanting to buy the new iPad 2. The most important being that it’s an excellent state of the art tablet PC.

Reasons To Buy The iPad 2
• If You Currently Own An iPhone 4, An Apple Laptop, Or An iTunes Account
If you are at the point where you think owning the iPad 2 is the absolute right choice, or you may still be undecided and thinking an Android device would be better. The fact is, that these tablets survive better around their own technology platform, in this case the iOS for the iPad. Since the iPad 2 is loaded with the latest iOS version, perhaps an Android OS tablet will be useless to you, since you already own an iPhone or any other Apple driven device. But if you have an Android OS smartphone and happen to purchase an iPad 2, you will not be taking full advantage of their integration potential. But keep in mind that the Open Source Android tablet may be the long term better choice.

• So If You Don’t Currently Own An iPad Yet
So if you are yet to purchase the iPad and are interested in this type of portable mobile device, and you can justify the cost to what functions it has to offer, then it’s somewhat obvious you may have already set your mind to buying one. It comes down primarily to a financial decision and if you’re willing on spending the funds, you will then enjoy the new sleek look and additional functions of the iPad 2.

If you are a current owner of the original iPad, and is contemplating an upgrade to the iPad 2, you may first consider selling the older iPad first since the demand for anything iPad is at an all time high. However, don’t expect too much cash for the old iPad, as the iPad 2’s supply will eventually catch up with the demand.

• Yes You Have A Choice
As we seem to be on the cusp of this so called tablet war, some bystanders are wondering if some of the preview price points for the Android are a joke. $700 to $900 for a rival Android based tablet, Really? Really? Sure, you may decide to spend as much for the iPad 2, depending on the specifications you choose, but you can get away with the entry level iPad for around $499.

The iPad 2 offers more flexibility to purchase the exact specifications on the device that will fit your budget. Although the iPad can be considered an expensive toy, the Apple device doesn’t however force you to choose a take it or leave it, one size for everything device tablet that the Android manufacturers may offer. Also, if you are looking for more of a choice, you can customize your iPad 2 with say a colored cover, which is one reason why you should get an iPad 2 rather than the original iPad.

• It’s Really All About Them Apps!
The software as well as all the available apps are really the big deal. There are reports that there are currently over 375,000 verified as well as approved active apps in the Apple’s App store. We know that there are a humongous variety of apps for every type of function and use dedicated to the iPad, and when compared to the available Android Apps, there is an obvious advantage.

The new iOS software in the iPad 2 delivers Facetime, which will not work in the original iPad, because well, the older iPad doesn’t have a camera. The iPad 2, if by itself, will get boring quick, but it’s the garden variety of wonderful apps that brings it to life and allows you to get full value out of the device, regardless if it’s for business or pleasure. For now, the new iOS platform holds the app advantage over Android or any other competitor, and any future applications will cater to higher performance processors as well.

• The Apple iPad iOS Processor
For the hardcore tech geeks looking for slick warp like speed, this iPad based on some benchmarks, is lightening fast. The dual cores tend to be a lot faster than just the one, especially if the apps support or require multi-threading. There may also be some apps that need to tap into the heavy horsepower that the iPad 2 provides, while giving a much slicker and smoother experience. And when it comes down to it, having two cores are better than one, right?

Mobile Tablet PCs like the new iPad 2 is considered a luxury item, and thus the purchase may be more of an emotional impulse buy rather than using cold hard logic. However, there’s no denying the value proposition that the tablet PCs offer, fits well based on most technology needs. But before you run out and purchase this new iPad 2, just because Steve Jobs told you to do so, weigh your needs and options first.

Reasons Why You Should NOT Buy The Apple iPad 2