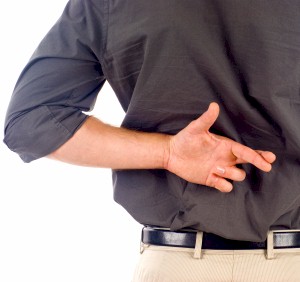 There’s absolutely no doubt that everyone lies on occasion, at times for good intent. They can be little white fibs to outright fraud of deception. Males as well as females will often lie to themselves, or each other, for a variety of different reasons and motives.

Women will generally lie to preserve or guard someones feelings, and not necessarily their own. Men will just outright lie or boast to impress others, usually the opposite sex.

Just based on the subject matter alone, it may also become rather difficult to tell if someone is telling the truth or not. For testing purposes, this becomes the biggest problem under a lab or experimental setting, this especially when the subjects know that they’re being tested, about telling lies.

If you’re wanting to look good, or stand out, you’ll most likely make yourself look better by maximizing the extent to your intentional deception. You may become more motivated which hides all of your fears, faults, or your deepest personal secrets.

Flushing Out The Truth
For the sake of squeezing out the honesty, lie detectors are used which reveals if someone’s lying or not, but they’re also limited. The very best of the “liars” out there can defeat these mechanical instruments, at will, by controlling their emotions such as their breathing, stress, and anxiety levels.

Another method is closely observing the subjects facial expressions, however micro changes there may be. But then, a good liar can also easily control the muscles of their face and pass any grueling cross examination.

What’s also used is magnetic resonance imaging or MRI, which is expensive. This method scans the brain while it attempts to solve problems, remember words or passages, answer questions, or looks at various images. It then examines the reaction of the brain to decide whether it’s telling the truth or not.

The researchers claim that by using these scanning methods, our brains are able to make decisions a split second quicker than we can actually express them. What these results do is they raise questions regarding the nature of consciousness and free will.

Lying Is Harder Than Telling The Truth
Cognitively, it takes more effort to tell a lie than to tell the truth. Once someone decides to tell a lie, they’ll need to store that lie in their short term memory to remember what the lie was. The brain needs to do so while also suppressing the actual truth.

As a result, the lie expends a lot more mental energy. The way most liars avoid getting caught is if their story is consistent. Even if the truth involves facts which are complicated, there’s only one story you need to tell, and not the fabrication.

So regardless of how many times you’re asked, your answers will always be the same when it’s the truth. The only exception is when the person is under duress, these individuals may stray or alter the truth because of fatigue, confusion, or being misdirected by the question.

Men And Women Lie Differently
And for different reasons as well. Recent experiments which were conducted compared the length of time that men and women took to respond to a simple “yes” or “no” question, which also monitored their brain activation patterns.

Men took longer to respond when they lied about some personal information than when lying about something general. The male brain scans revealed that the personal lies absorbed more energy in their frontal lobes, which motors decision making and executive control.

Women on the other hand showed no difference in response time between personal and general questions when they were lying. So the conclusion from the research revealed the differences when it came to male and female motives to lie. On the surface, it’s thought that it may be more biological than socialization.

They found that women, biologically, find it easier to lie about their personal information, such as their weight or age, just as easy as it is to lie about something general.

But the great debate remains if it’s really “biological” or is it more based on socialization. Is it based more on the evolution on being either a male or female, which has different life pressures.

The biological brains that we’re born with isn’t the same brain that we use once we evolve as adults. Various life experiences will significantly alter and reshape our neurons as they adapt to our experiences, cultures, and lifestyles.

Women will learn that it’s important as well as necessary to tell little fibs about themselves, for instance, such as their their weight. This because of the general negative attitudes which society has towards older women or obesity.

As we age, our brains are able to continuously rewire itself constantly, this based on the life experiences that we feed them. The more that we’re forced to lie about ourselves, the easier that it gets, and the less effort it is for our brains.

The Truth About Lying
So apart from why we lie because of being either male or female, the true reveal is how we can detect those who lie, and those who are telling the truth under different circumstances.

Since you won’t have access to a MRI lab to test whether your next potential date, friend, or new employee is a sociopathic liar or not, you can use more readily available cues.

You can check their response times, any movement in facial expressions, or inconsistencies in their stories, which remain the best bets to spot a liar. But when it comes to your very own little white lies, you’re better off being as honest as possible.

It is after all not only ethical to tell the truth, but it also preserves the brains energy, so you can put it to better use which are more productive.

Taking Advantage Of The Next Evolution In Mobile Technology

Pinterest Going From Your Moms Scrapbook To Web Businesses