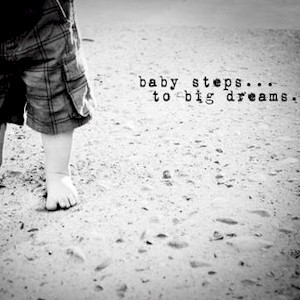 We’ve all heard of “The Secret.” What is the secret, well, there isn’t one. There’s books and movies about it, the premise based on the Law of Attraction. Basically, what you do is focus intently on what you want, set your intentions to get it, then the universe will comply.

It falls a bit short however, slightly misses the mark. Success is based more on being persistent and consistent, and not magical powers. It’s agreed upon that what you focus on does expand, so you need to focus on what you want, and not on what you don’t want.

Then set it into motion otherwise you’re dreaming. This is the reason why so many people don’t succeed, that they’re not happy with their lives. There’s so much “self-help” information on the topic that everyone who wants to become successful, by rights should be by now.

Take Action
The problem is common, that 95% percent of those who purchases these courses don’t even read them, or if they do, they never take any action. It’s as if they think if they read them, then mystical things will happen to them automatically. The key is you need to do something about it.

There are huge problems with implementation, however. Most will operate at only a fraction of their true potential, resulting in just reaching a small percentage of their potential success.

The key to success is right there in front of you, in black and white, in any given field of endeavor you choose. It’s spelled out in its entirety, but most don’t, won’t, take the first step.

The issue being poor to no implementation. Positive thinking, hoping, and affirmations aren’t enough by themselves. What you need to do is take action.

Just Believe
It begins with believing in yourself. Knowing and then doing what it takes to become successful, the self confidence to begin, to go out and get started while expecting to make mistakes but continuing to move forward.

For most, the problem is just getting started. Some don’t know where to begin. All it takes is a bit of research and answering a few questions. Or there’s over preparation, over thinking, paralysis from analysis. So many spend their time preparing that they run out of time to get started.

Ready Aim Fire
We’ve all heard the expression “Ready, Aim, Fire.” Once you feel that you’re ready, don’t expect to be perfect once you get started. It’s better to just begin and make the corrections as you go. The biggest issue is you need to find out what you want to do, what your path is. Sounds elementary, but difficult to do.

Most just have a vague idea of what they’re wanting to accomplish. So what you need to do is brainstorm, write down on a piece of paper exactly what you want to do.

Write out all the things that you’re wanting to accomplish with your business, project, career, whatever it is that you’re embarking on. Don’t worry what you write, it’s just a starting point, so just write.

Once you’ve written down all your wants and needs, you can then go back through everything to find the commonalities and similarities. You’d be pleasantly surprised with the results, as you now have a template.

To Jump Off The Cliff
Most are actually just afraid to begin, get started in a new endeavor, this because they don’t feel worthy. Most wonder, “Do I really deserve this, what gives me the right to do this?”

This is the first instinct and the first hurdle to overcome, that you really do deserve it. As a result, what you’ll do instead is over prepare. Study another money making course, then another, this in order to get ready.

In actuality, you become over saturated. This becomes the biggest stumbling block which holds 95% percent at ground zero. To get over this, put together a portfolio of your accomplishments, experience, and education.

It’s almost guarantee that you’ll be impressed with yourself, what you’ve done and are capable of doing.

This Applies To You
You may be thinking that this procedure is too simple, or happens only to the over achievers, those successful in business with an MBA, that this advice only pertains to the wealthy.

This isn’t the case, this applies to anyone who chooses to use it. Whether you’re just starting out in business, sales, looking to get promoted at work, applying for a new job, starting a relationship, when making any proper decision which affects your life.

Make Sure That You Take Action
Realize that implementation, or the lack of it may be the cause, the sticking point that’s holding you back.

Realize that it takes the most concentrated energy to begin something, and then less exertion to keep it going. The key is building momentum, making mistakes and then overcoming them.

Think of a steamboat chugging away, a plane taking off the ground, or a rocket ship launching. Extreme effort is needed to start, then the pressure lessens.

What these, like anything else in life does is it takes enormous amounts of energy to get started, but less energy to keep it moving forward. So your ambition, although it’ll take a lot of commitment at the beginning, will get easier once you get going.

The key becomes taking action, to make the dedicated commitment to take the first initial step, focusing on the right thing, then you’ll begin to gain momentum and then succeed.

Don’t allow fear and hesitation to win out. They’re both common enemies and the cause of procrastination which holds you back from taking action, and putting things off until tomorrow.