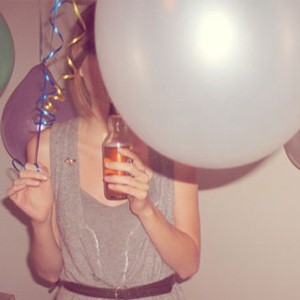 There’s a battle of wits going on right now, this between the introverts and the extroverts who are in situations which predisposes them to dislike one another. This occurs once you meet someone for the first time and initially think, “Wow, I really don’t like you that much, I don’t know why and don’t care.”

The reason being that you could have an introverted personality and the person you’ve just met is a polar extrovert. What introverts generally tend to think is that extroverts are arrogant, egotistical, cocky, and just too pushy.

What extroverts think is that introverts are too quiet, insecure socially inept nerds. This is a natural almost subconscious reaction once two people gauge one other for the very first time.

These reactions serve as a filter, a human shield, often referred to as making a first impression. This initial reaction will cloud judgement on what the person’s future words and actions are.

Why I Like You A Lot
What most do is associate and like people who’s similar to them in personality, that they share similar perspectives on life and attitudes as they do, forming a bond, compatibility and chemistry.

Since introverts and extroverts have polar viewpoints when it comes to the world and themselves, they view and think of each other as being different, and as a result are naturally opposed to liking each other much.

Completely Different Worlds
What extroverts are inclined is to focus on the outside world as it happens, while introverts will remain forever introspective on almost everything, inserting a filter between themselves and the outside events.

What introverts will do is begin their day with a fully charged reservoir, a “social” battery bank. Each social interaction that they face during the day begins to drain out this battery. Once the battery is drained, what the introverts will then do is withdrawal themselves from life to recharge.

Extroverts on the other hand, since they’re able to generate energy off of others, like social vampires, their batteries are constantly being recharged based on their human interactions.

This is most apparent at a party, social, or in work related situations. The introvert may initially appear to be having a good time, but will eventually begin to withdraw, this once the social vampires begin to suck the energy out of them and the room.

You’re Not Like Me
What these differences in viewpoints does is causes social discomfort. Introverts won’t outwardly express what they’re feeling, while the extrovert becomes frustrated because of it.

As the angst builds up and reaches a boiling point, they may suddenly get irate regarding all the past transgressions, the introvert being caught off guard wondering what their problem is.

Frustration Boils Over
The reason why introverts become annoyed is because of their contrary thinking patterns. What introverts will do is think before they speak, not understanding how anyone could do anything else.

What extroverts will do is often finish the introverts sentences, this since the introvert is using their built-in filters, which forces them to pause between thoughts, this to decide what they’re going to say next.

Extroverts will view the pause as confusion or indecision, and will then finish off the sentence often taking over the conversation, leaving the introvert frustrated and their thoughts unheard.

What introverts will do is plan ahead by tending to exhaustive research on the items that they’re wanting to buy, or the things they want to do. The extrovert’s sporadic methods completely frustrates them.

Can First Impressions Be Cured By A Second Look
Changing initial impressions are a difficult thing to do. A person who forms a negative impression are less inclined or reluctant to meet them again, this because they’ve previously judged them negatively.

Then they’ll avoid them, this unless they’re a relative or a coworker. The person who’s been judged negatively, won’t have the opportunity to change the mindset of the person who didn’t like them.

Once a first impression is formed, most are reluctant to change their minds because of the psychological principle of they needing to be being consistent, or are just stubborn.

Once a person happens to articulate an idea in their mind, then they’re not likely to change it, this because they first need to admit to themselves that they made a mistake, that they judged someone wrong.

To maintain the erroneous judgement that they’ve possibly made, that initial negative impression, does is causes less anxiety than they admitting they’ve made a mistake, or adopting a different opinion.

Okay Maybe We Can Make Things Work
You know who you are, either an aloof introvert or an annoying extrovert. What most fall is somewhere in between, inheriting the traits of both personalities, what we should all be striving for.

These the reasons why you don’t like someone initially, this once you first meet them. The reason why someone appears standoffish, why you avoid them. The best is to just adjust your perspective, this to foster better relationships.

Then there are those times when the two worlds collide, these the bold who can overcome their differences and conquer the world together. What they form is a strong bond of unity, where the gaps in their thinking combine. Then fireworks.