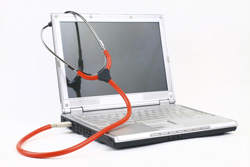 Not much else can be as annoying as receiving no Internet Connection. So there you are, sitting in your home or office, just surfing away on the net, and then it happens, suddenly you’re not able to access websites. Frustrated, you try another one, and then another, but nothing, so what to do.

The easiest way to understanding and then fixing a problem is to technically analyzing its path. Following why it’s happening and not by throwing your mouse towards the monitor. The initial step of successfully debugging and troubleshooting a computer problem is by first attempting to understand it.

So keeping that in mind, what you’re required to do is narrow down the problem, finding the specific link or issue where the chain of command breaks. The following steps should be able to help correct the problem.

[ad#co-1]
Try A Different Internet Web Browser
There are now quite a few options for browsers to surf the Internet which you’re able to download, all free. So you’re no longer restricted to just using Microsoft or Firefox as in the past.

Any computer which has only one web browser should be considered handicapped. Having two or more Web browsers which you can use as alternates is like having an extra spare tire in the trunk of your car.

So if the browser that you’re currently using doesn’t load a website, then try another browser to see if that one will load the site.

Accessing Websites via Their IP Address
The easy to remember domain name of a website is more of a convenience for the user. In reality, all computers connected to the Internet passes data back and forth by using numbers, as in IP addresses, rather than identifying them by letters or words. So if a particular site doesn’t load, the problem may be that the system used to translate the letters to numbers, DNS or the hosts file has an error.

You can easily test the translation system. You’ll need to initially bookmarking the IP address of a few web sites which you frequent beforehand. One of the most helpful IP addresses which you should bookmark is OpenDNS and their status page, which is found at:

You can use these number to test your system since OpenDNS has published their IP address as well as they indicating that they’ll never change it.

Organizations will rarely supply or publish their numbered IP address as it may change from time to time. For instance, say that a website which is hosted in Dallas moves to Florida. That domain name will get a brand new IP address once it moves, but the actual domain name won’t change.

So it may be a good idea just to randomly bookmark a handful of IP addresses since some are bound to change from time to time. The TCP/IP ping command, which is available on all desktop based operating systems, can be used so you can find the domain names current IP address.

Accessing Your Router
Your router is usually accessed by their specific IP address. When you’re on your home network, that address will most likely be something like 192.169.x.x where the Xs are the numbers anywhere between zero and 255.

Those who use MS Windows can get the IP address of their router by using the ipconfig command, and then search for the default gateway. Default gateways usually applies to all computing devices which are using TCP/IP, which is practically every device.

Regardless of which operating system you’re using, the default gateway is a networking concept and should appear in the properties of your home network connection. When you know what the IP address is on your router, make sure that you write it down or bookmark it.

If everything goes as planned, accessing the router should prompt you to enter your valid userid and password. If the page however fails to load properly, then that means that the problem may reside in the LAN (Local Area Network), thus not being an external problem.

Re-establishing A WiFi Connection
If your home page of the router doesn’t load and you’re using a Wi-Fi wireless network, try disconnecting it from the network and then re-connecting it. In most cases, after the reset, it should usually fix the problem.

Looking At Your Local Area Network LAN
There are a few components to this. The most obvious and easiest is to just reboot the computer in question. Then, if it’s at all possible, try another computer or another device such as a tablet or a smartphone. Also, if the Wi-Fi isn’t working, then try a wired Ethernet connection or vice versa.

Rebooting The Modem And The Router
If you’re able to access the router, then try rebooting the two devices which gives you access to the Internet. There are usually 2 devices, the router to connect two or more computers to the modem and the modem itself. Some Internet providers may also just give you one box which does both functions.

If you have both devices, unplug and then reboot the modem first. Make sure that you have it unplugged for at least 60 seconds before plugging it back in, and then do the same with the router.

Once this is done, then it may also be a good idea to just reboot the computers which are connected to the router as well. It may not be required, but it can’t hurt.

You may also want to take a look at the devices and write down which lights are “on” when it’s in their normal working state. Do this for both the modem and the router. Note down which ones are lit or blinking, what colors they are, etc.

If the problem persists and the problem is external from your home or office, how these lights appear may be helpful to your Internet Service Provider.