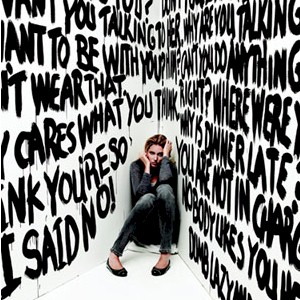 So there you are, multitasking once again, juggling your life to make any workaholic proud. Your schedule is completely packed, your hectic rapid fire lifestyle involves putting in longer hours at work, being a conscientious soccer mom, and still managing to cram in your daily fitness regime. You’re also beginning to depend more and more on caffeine to get yourself through the day.

Becoming stressed out and exhausted in this fashion is a statement which is becoming all too common for most. So if you’re also beginning to experience these types of symptoms, of being constantly tired and worn down, you may be have a condition which is known as Chronic Fatigue Syndrome or CFS.

This is now considered a disorder and “chronic” is attached to it for good reason. The symptoms of CFS are extreme fatigue which doesn’t improve with plenty of sleep or bed rest. There may also be flu-like symptoms which are associated with this disorder, and it can actually linger on for years. The cause of CFS continues to remain a mystery.

Symptoms Of Chronic Fatigue Syndrome
Chronic Fatigue Syndrome is now known to usually occur directly after some type of infection, illness, or after periods of prolonged high stress. Although CFS can develop at any point in one’s life, it’s most common among those who are 40 to 60 years old, and extremely active.

On occasion, Chronic Fatigue Syndrome can at times occur within the same family, although there’s no solid evidence which suggests if the condition is considered contagious. Instead, what experts suspect is that there may be some type of possible genetic link.

There are also more women than men, 2 to 4 times more, who are diagnosed with CFS, which also puzzles the health experts. It’s unclear whether it occurs more in women because it’s reported more often to their doctors, than men will. It’s estimated that there are over 1 million North Americans who have CFS symptoms, which is more than other common diseases such as MS or lupus.

There has been a variety of natural as well as alternative therapies in the attempt to treat CFS, which has been studied and applied. There’s more testing that’s needed to support their full effectiveness. The following are recommended:

Eating Kiwi Fruit
A popular and recognizable fruit at the supermarket, the kiwi fruit has been tested for the treatment of chronic fatigue syndrome. The kiwi, originally found in China, is now more popular in New Zealand and other countries.

The kiwi fruit is extremely rich in, potassium, serotonin, vitamin E, as well as having one of the highest concentrations of vitamin C than in any other fruit or vegetable.

It’s been carefully studied for its effects on CFS, especially because of it’s effectiveness on the heart and lungs, and it’s enhancement on one’s energy.

Go For Ginseng
Another carefully moderated treatment for CFS is the root ginseng. Ginseng is a Chinese word once translated means “essence of man root,” which directly refers to the human-like shape of the root.

Ginseng has been used as a traditional Chinese medicine (TCM) for over 2,000 years. It’s believed to increase one’s strength, appetite, energy, while enhancing physical performance. It’s also thought to reduce stress and fatigue while improving the overall quality of life.

Omega-3 Oils
There’s also the popular omega-3 fatty acids which are usually found in supplemental form, which are known for benefiting the heart as well as reducing the “bad” high cholesterol.

Omega-3s are naturally found in abundance in fresh fish, nuts, and plants. They’ve been studied for signs of improvement in better metabolism as well as increasing energy.

Relaxation Therapy Techniques
Another alternative method for treating chronic fatigue is relaxation therapy. The various relaxation therapy techniques, however, which are considered behavioral therapy, can differ widely when it comes to practice and philosophy.

The primary technique and method is known as non-directed relaxation. The majority of these techniques share the components of repetition which focuses on a singular word, sound, phrase, or body sensation. This along with implementing a passive attitude towards these thoughts in order to relieve the stress buildup.

Natural Therapy For CFS
Although some of these natural therapies provide promising results for some of the CFS sufferers, it’s important to note that there’s conflicting as well as unclear scientific evidence which supports their overall effectiveness for the disorder. There’s more research that needs to be done to solidify the potential benefits.

The various alternate therapies can be an excellent way to relieve the feelings of exhaustion, and may help in improving one’s well-being so that the they’re able to go about their day feeling a lot more energized and stronger.

How To Gain And Influence Friends On Facebook Without Annoying

Natural Herbal Remedies Which Can Help You Lose Weight