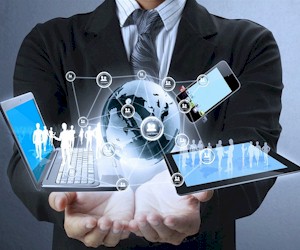 We’ve only just begun, baby steps, but everyone and anyone who has a significant stake on anything that’s online, are all claiming that mobile is beginning to make its mark by going mainstream.

So the immediate near and future trend all points towards anything that’s related to mobile and mobile technology, including revolutionizing how search is performed, and how localization is ultimately used.

But what anything mobile, including mobile marketing is currently experiencing are surface wounds. The predictions based by industry experts is that the biggest and the most anticipated trends are yet to be realized in this new world economy.

Based on the latest indicators, there are distinct areas which are being revealed by surrendering to the basic rule of business, “follow the money.” Know where all the massive dollars are being invested in, and what areas they branch out to.

Some trends are obvious and just a continuation of current events along with new sectors which are developing and worth keeping an eye on to follow its developments.

Mobile Advertising And Mobile Searches Becoming Prominent
The rate on how much any type of advertising costs, this based on a per click or a call basis, usually reveals how prominent and popular the conversions are.

Mobile advertising rates are still currently relatively low, but without a doubt are expected to increase significantly as the ad rates will eventually go into bidding war mode, this based on supply and demand.

Mobile ad formats will align with high consumer intent as well as measurable ROI for the advertisers. These are the factors which will boost advertiser demand, along with performance driven advertising rates.

The calls-to-action will also invariably improve within these mobile display ads, which includes localized actions which tracks offline conversions.

Organic mobile search is on a growth spurt as well, this based on it’s “pull-based” driven nature, another reason why mobile ad spending is expected to exponentially increase.

Using Local Mobile Ads
Mobile ad revenue expenditure is projected to be well over $4 billion shortly, and a large portion, close to 50% percent of this is expected to be local businesses offering localized services.

This growth in ad spending is expected to gain momentum as advertisers continue to evolve themselves in everything local, targeting the users local intent, this because over half of the current mobile searches are local.

Facebook Local And Mobile
Facebook’s revenues for mobile ads are expected to surpass $1 billion this year, which is lead by their “sponsored stories,” along with other forms of native advertising, such as displaying ads when apps are downloaded.

As far as local is concerned, Facebook is expected to integrate Graph Search, sponsored stories, and their “Nearby” feature to bring ads to more of a localized level.

The local suggestions which are built from Nearby, along with local graph search will offer ads within the newsfeeds. This is expected to be in direct competition with Google+ Local, and the other prominent sources of local mobile search, such as Yelp.

Mobile Payment Methods
Mobile payments will most likely continue to be a science project moving forward, as they’re still primarily experimental. But once there is a solution which the mobile packing public will adopt, it will then become a dominant factor.

There are a few competing standards of mobile payment, such as NFC. NFC, or near field communication, is when a mobile device such as a smartphone which is armed with the technology, can make a payment directly from their device, completely wirelessly.

All what’s required is that the shopper who’s at a retail store, just swipe their mobile device once they’re in close proximity to the NFC payment receptor. All this without ever needing to touch it, and the NFC payment protocol will automatically make the cash transaction, hands free.

There are some who claim that this will never get off the ground, however, as retailers will opt for POS systems which doesn’t add any moving parts, while the consumers will remain skeptical regarding it’s security.

Square, which is a hardware payment device for smartphones, as a result, is expected to be more popular since it doesn’t need to alter the consumer’s purchasing behavior. What it is, is a portable credit card swipe, a secure piece of hardware which plugs in directly to the mobile device to accept payments.

The Problem That Is Showrooming
Retailers who are fighting “showrooming,” which refers to consumers who’ll just go to a store, and will just inspect an item or product, just to physically look at it, and will then usually leave without purchasing it.

The reason being once they know how the product works, wears, or feels like, they’ll then just go home, go online to find the best price, and then buy it there.

What these retailers need to do to combat this is by better engaging with these in-store “window shoppers,” to attempt to fight this growing problem and trend, by offering mobile coupons for instance.

Mobile The New Internet
The opportunities for mobile are expected to move beyond the devices such as the smartphones and tablets, as new mobile hardware devices are expected, this similar to how apps are currently dictating mobile software.

There’s expected to be various devices which will be “switches” to make navigation in the physical world easier. Technical evolution such as improved devices specific for health and home automation, automation for cars, and wearable hardware such as Google Glasses.

Regardless if any or all of these new mobile based developments will be able to source out investment, one thing for certain is that change is enviable, and will forever be a constant moving target.