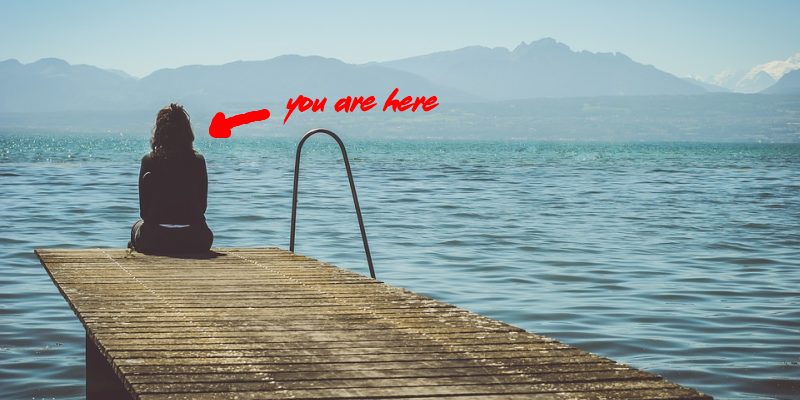 When we are in our teens, what we are granted is entitlement. We don’t like anyone to tell us what to do, which is our right, as we’re given a sailing passage to our independence. It’s our life, our rules, and none of your business. So who do you think you are anyways, giving me direction on my life.

This is the precursor, the stepping stone from being young to becoming a full-fledged adult. This because one day soon, it will hit you with a thud, as you realize your life is starting to slip you by.

You are now starting to disappoint those who are close to you, those who love you very much and are concerned about your well being.

You are now starting to hurt the feelings of your friends and family on purpose, because you can. You’re starting to lose the faith others once had in you, because of your selfish self-centered ways.

This chaotic radical behavior needs to stop, because you’re still in your glory days of you enjoying your greedy “me time.”

You should by now be starting to realize, that the “currency” you’ve built up with others because of the luxury of youth, is starting to run dangerously low.

It was fun while it lasted, but now it’s time to grow up.

It’s All About Me

After years of this poor behavior bordering on narcissism, this period of you telling the world to eff off, constantly escaping all responsibility, you realize you need to change your ways.

That the universe is telling you, pleading, demanding you need to start altering your haphazard behavior. A life you once called an ally, is now beginning to crumble around you.

You’re now beginning to realize you need to get your life together, this time for good, before it’s too late.

You’re beginning to see the red flags, telling you to get your sh*t together, and start living your life as a functional adult.

You Lose Touch With People Close To You

Those who you once called friends, those family members who had your back, are now suddenly becoming distant.

If you need encouragement from your latest downward spiral, that “contacts” list on your phone, those people you who once called for support, is becoming shorter, you’re now just a stranger to them.

You’ve managed to push those who once cared about you, away.

Most of them just threw in the towel, and moved out of your life. They just couldn’t stand watching your life self-destruct, after their countless support.

They moved on because of you ignoring their pleas, they lending their hand in support. So as a result, they’ve become a distant figment of your communication, which should begin to concern you.

The guilt should of started to eat away at you, every time you ignored another email, another phone call, another happy birthday wish, this because you were too busy doing your own thing.

These are the people who had supported you in the past and cared about you, but you now carelessly severed the ties, cutting off all communication bonds.

The Scales Begin Tipping Towards Angst

You begin to feel emptiness and despair creeping in, which you mask with your usual carefree ways. This perhaps another sign, that you’re heading towards rock bottom.

You begin to lose that sunshine, that vigor you once had, that willingness to create your own happiness. You now feel darkness, an empty void especially when you’re alone.

What you once enjoyed was living vicariously, so why is this mistress of misery suddenly crawling into your life. You know that something is amiss, that something needs to change, since you feel your energy starting to drain out.

There’s no longer that bliss, that was once waiting to greet you at the bottom of the beer glass. What you now throw is your own pity party, because you’re the only one who shows up.

Lost And Then Found Yourself

You once made a pledge to discover yourself, live day by day, yet you still have no idea who you are. You have no idea how you’ve arrived at where you’re currently at. You’re physically there, but emotionally and mentally, you remain unknown.

If someone ever takes the time to point this out to you, you’re insulted and become angry. It feels brutal, but you should be grateful that someone cares enough to tell you the truth, yet you feel attacked, violated.

You turn your back to the damage you’re doing to yourself, as you choose to run with blinders on. You continue to pretend you’re someone else, someone special.

You then begin to disconnect yourself from your body, lose your identity, this until you wake up one day and realize.

“Hey, I only have one life to live, one chance, one mind, and I’m driving myself into the ground.” “You are the most important person you know in your life.”

You realize it’s now becoming critical to get in touch again with your personal identity.

It doesn’t matter and why should you care, what the other billions of people in the world out there think of you. What matters most, is how you see yourself.

You Begin To Run Out Of Excuses

You suddenly realize your “excuse” meter is running low, so you decide to file for mental bankruptcy. You’re running out of “It’s not my fault” “Mind your own business” “I’ll do what I want” excuses.

You realize this may be the final sign, you’re ready to wave the surrender flag of self destruction, and begin living a more healthier fortified life of sustained happiness.

It’s not easy admitting you have a problem, that you need help. It may be time to ask yourself where you’re headed. Why you continue to agree to your unproductive behavior.

You however find it embarrassing to ask for assistance, or to take the advice others give you, but it’s time to swallow your pride, surrender your ego, and start to listen.

It’s guaranteed once you do so, you’ll start to pull yourself out from the abyss that appears to be swallowing you in.

The world, the universe, and everyone you know, is counting on you to pull through and join the human race as an adult.

The key, is that you listen, and take action. Do whatever you can, whatever it takes to escape and reinvent your life, this before it’s too late and you grow too old.