Why A Mobile Optimized Site For Your Business Is Critical 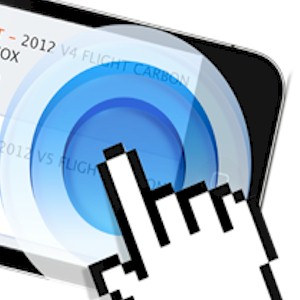 When it comes to the growing number of consumers who are using their mobile devices, their biggest frustration is once they click on a Mobile Search result, they’re immediately directed to a large traditional desktop site, which is too big for their smaller screen devices to accommodate, and navigate.

These conventional sites also load much too slow while being too difficult to view since they’re not tailored as a mobile site. This especially if the consumer is using a smartphone. Google and others, however, are in the process of correcting these inconveniences.

What Google’s currently planning as well as testing is placing small mobile icons directly on their mobile search results for sites which are mobile device friendly.

This in the attempts to further optimize mobile search, which includes helping their mobile users to identify which of the sites are mobile optimized.

The smaller screen smartphones, which has limited pixel widths, are now just as powerful as well as popular, when accessing the Internet, as the conventional desktop computer, or laptop, that’s sitting on your desk at home.

Mobile Marketers Converting
The online marketers, along with the retailers who are already using mobile commerce, has been using methods of alerting consumers that they’ll be directed to a mobile site, once a mobile device is detected.

This is to increase the click through rates while reducing the frustration levels of the smartphone users, which ultimately leads towards losing their business.

There are also a few mobile search ad marketers who are directly placing “mobile” right on their mobile search ad copy. For instance, a m-marketer’s ad would be: “iPhone accessories starting from $10.99. Items available from our mobile site!”

Google Icons On The Mobile Sites
The first step is getting Google’s tiny mobile icon to appear on your site listing in the mobile search results. This begins by creating a mobile specific optimized site. Currently, the majority of online retailers, even if they do advertise in mobile paid search ads, don’t even bother having a mobile-optimized site.

This obviously is the first and biggest mistake when it comes to conversion rates when targeting mobiles. The mobile users who are searching on their smartphone gets completely frustrated once they land on the large bulky e-commerce site, and will immediately abandon it.

• They specifically recommend that mobile specific sites reduce the number of server requests for quicker loading. This because single, even large objects will usually load quicker than a lot of smaller ones will. So instead of having a JavaScript file which loads other bits of code, mobile site developers should be consolidating all of the page elements into a single file

• They also suggest minimizing the code itself as much as possible, this since the less code and smaller that the data that’s been transferred is, the quicker that the page will load

• Another recommendation includes using CSS, this to design a mobile page instead of using images. What CSS does is it uses HTML based templates which defines where the various objects will appear on the page. They dictate exactly where items such as, text boxes, or images, will specifically appear once called. Using CSS also reduces data transfer times as well as cutting down on page load times

Mobile Search Promising To Get Quicker
Google in particular has taken steps to make mobile surfing much more convenient, such as making it faster. What they’re attempting to do is speed up the entire Web, and mobile is a big part of it.

This is in Google’s master plan of making the entire Internet a much better experience for their users, for both conventional as well as the mobile users. This includes all of the businesses, services, and brands, online, which, on broader terms, includes all entities since they’re all native to the web.

There are other efforts in place which includes a project with Akamai, which helps site owners to test how their mobile sites are performing. What Akamai Technologies does is they operate a network of web servers which are designed specifically to accelerate content for both the web, as well as mobile sites.

Google also publishes mobile as well as desktop speed load times from all of the various websites globally on their Google Analytic’s blog. This helps mobile site operators see how they measure up, speed wise, to the other mobile sites.

All For Google GoMo
What Google has also been recently doing is scaling up their Go Mobile campaign, which is known as GoMo. What this initiative hopes to accomplish is helping businesses of all sizes on the Web to set up their own mobile websites. This so they’re able to drive traffic from mobile search directly to their newly created mobile-optimized sites.

They’ve also recently added a “click-to-download” feature specific for mobiles, which allows marketers to promote their mobile apps directly in Google’s mobile search results. This also allows linking their consumers directly to the advertiser’s Apple App Store, or their Google Play page, where they’re able to download the app.

Becoming As Productive And Efficient As Possible At Work

Entrapped By The Human Love Tricks Of The Smart Woman