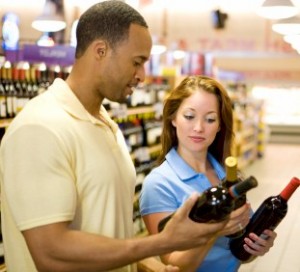 On a purely mechanical and biological basis, what our unconscious mind does is it takes a crude visual inventory that’s registered by the retina. Then the brain will attempt to process it, and present the data of what it thinks it sees to the conscious mind, supplying a detailed image of the object or event.

So what your mind actually may perceive and what is actually real, may not always be a direct image of what’s really there. It’s rather an image that’s constructed by the mind from the information that’s registered by it filling in all of the missing blanks using the context, prior experiences, or your expectations and beliefs. At times, it may even be your desires.

Our social perceptions are built on an analogous format. We’ll usually be supplied with limited data, and then we’ll fill in the blanks the best that we know how, more or less by assuming.

So our judgment of others, our experiences with certain products, or our assessment of business data, are not true objective reflections when it comes to our social reality.

Since we’re only aware of our direct conscious influences, and not the process which our unconscious mind will use to accurately construct our experiences, we as a result will often mistake the roots of our judgements, feelings, or behavior. So consider what happens when it comes to your experiences as a Consumer.

The Consumers Brand Perception
Say that you’re in your favorite grocery store and you’re attempting to decide what type of wine you want that evening. As you stroll up and down the aisle, and look at the different variety of wines, your mind processes all of the “data” which is on the labels.

You quickly scan the various grapes, the wines vintage and their price points etc. You consciously absorb all of the information, while also considering the type of food that you will be eating with the wine.

There are other factors as well which are beyond your immediate visual processing, such as the direct yet irrelevant “environmental” factors, such as the music which is playing in the background, for instance, or that huge display on the history of Italian wines that’s being promoted.

Subconscious Consumer Direction
There was a recent study where there were 4 different French wines and 4 Italian wines which were being promoted. They were all similar in price and dryness, and were placed next to each other on the shelf.

The music played was clearly a determining factor in what type of wine that the shoppers chose. But once they were asked if the music had influenced their choice in any way, only one out of seven actually said that it had.

There was another study based on 3 different types of laundry detergent, where selected consumers were asked to try them out for a few weeks. They were asked to report which product that they liked the best and the reasons why.

One of the boxes was predominantly blue, the other yellow, and the third box was a combination of blue and yellow. The test subjects overwhelmingly favored the box with the combined blue and yellow coloring.

Our Minds Will Fill In The Blanks
When we judge or pick a particular brand, we have no scientific data for us to go by. So as a result, when our mind is forming the complete picture, we’ll then fill in the missing blanks, just as we do when it comes to our visual perception.

So it’s our unconscious mind which does exactly that, it will complete the entire image and thought for us, resulting in the assessment of a certain product based on the product itself, but also based on it’s presentation, it’s branding, and even the music which plays in the background.

What we do is judge certain products just based on their boxes, books by the design on their covers, annual corporate reports by their slick glossy finish.

Combined, there are a lot of factors at work which are not directly related to the product itself when creating our mental experience.

Brand Marketing Over The Product Itself
The majority think that they like a particular product because of the “quality” for the price that the product offers. But their experience is based more on the product’s overall marketing.

For instance, the exact same beer can be described in a variety of ways, or the exact beverage which is labeled under different brands, or different prices, can actually taste different to the consumer.

The same goes true for the same wine, even though most would rather believe it’s the grape, vintage, or the winemaker’s expertise, but it’s usually the labeling, marketing and exposure affiliated with it.