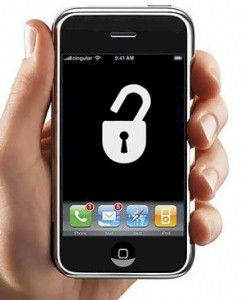 Almost everyone now owns one, some type of mobile device which also most likely connects to the Internet. Apple the industry leader in portable mobility has sold over 100 million units of their iPhone and iPad mobile devices, which runs on the iOS operating system. Google claims that they’re activating over 500,000+ Android OS driven mobile devices every single day.

And because of Web connectivity, these mobile owners are using their smartphones and their tablet PCs for much more than just making a phone call, taking pictures or saving notes.

These devices are also quickly becoming the prime communications tool of choice for enterprise networks as well. So what then are the risks when it comes to security, which these devices are bound to pose to actual businesses.

How Secure Are Mobile Devices In An Enterprise Setting
There are countless internet security firms who are wondering the same exact thing, and some has even come up with a few excellent solutions. What you first need to do however is to analyze the actual security measures which are taken by Google and Apple on their mobile platforms.

They’re able to provide excellent information and data in supporting as well as understanding the actual security risks each and every time one of their units are deployed in an enterprise setting.

Naturally, each of these platforms will adamantly defend themselves against any current security threats which are out there, which includes malicious data breach and hacking, resource or services availability abuse and direct attacks on the integrity of the mobile devices data.

Mobile Devices Are Secure To Begin With… Right?
While you would expect that these mobile operating systems are designed with iron clad security in mind, both the iOS as well as the Android devices are still vulnerable to a variety of attacks.

Because of their size and primary function, these devices still fall under the category of mobile phones, but they are actually powerful mini supercomputers and are thus open to the same security issues which any desktop computer would face.

It’s been reported that Apple’s iOS security model offers extremely strong protection against any form of malware, primarily because of their “sandboxing” techniques of Web services based on their rigorous developer and application certification process.

Since their library of apps now consists of over 325000+ iPhone applications and well over 60,000 iPad apps, Apple takes extreme caution in knowing and tracking the exact identity of each and every one of their software authors to flush out any potential malicious coders.

Google isn’t as strict in policy as they have opted for less stringent validation, which permits any software developer to be able to create and then release Android apps, even anonymously and without any prior inspection. It’s obviously this lack of a validation protocol that’s behind the increasing proliferation of malware specific for the Android apps.

Also, what about all those “jailbroken” mobile devices which has freed the units from all of the protection which is built into the original OS? Obviously, they’ll further exacerbate security as well as the risk concerns since it’s possible to gain the root access of these “broken” devices, thus making them an extremely attractive target for attacks.

How Secure Is Mobile Security
All of these mobile OSs has strong security that’s built into the base architecture, but the security risks that are mentioned magnifies when the devices are used for both the consumer as well as for enterprise purposes.

These mobile devices are increasingly being connected with entire third party ecosystems such as desktop or cloud computing based services and networks, such as the various app stores, which are completely outside of the enterprise’s control.

Connectivity of this type potentially exposes enterprise assets on the devices which increases risk, such as exposing company email address lists, which can be retrieved and then spammed.

There are also absolutely no inherent security measures which can be taken to protect against socially engineered attacks such as phishing. Each and every one of the users of mobile device are now using their smartphones to access absolutely everything, which includes email, the Internet and social media networks.

Those users are the ones who are the most susceptible to phishing when using their handheld mobile devices. The danger is just as great as if they’re using an unprotected laptop or desktop PC.

All it takes is just one small judgment in error for the user to be fooled into revealing their login details along with any other sensitive information.

They can also just as easily click on an unsuspecting link which plants a Trojan horse on their device, it does happen on a daily basis. This will then allow hackers to gain control and access to the mobile device as well as potentially the entire corporate network when the device happens to be synced to a business or hone computer network.

Enterprise Security First
So proper education is essentially important in preventing these breach of security attacks. Organizations now need to extend their corporate network security policies and protocols to all of the mobile devices which includes smartphones and tablet PC’s.

Some companies are now even going as far as completely locking down these portable devices, just as they would on a desktop computer or a laptop. Others companies are still not as rigid, allowing for flexibility when it comes to personal and business use of the smartphones and tablets.

Clearly there’s some type of balance that’s needed with these consumer oriented mobile devices. The challenge is that these businesses need to embrace the productivity and the usability that these mobile devices provide, while still established security protocols and guidelines at the same time.