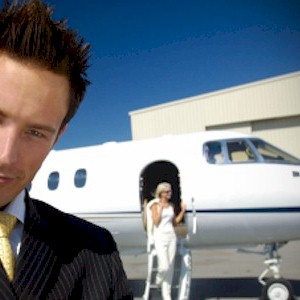 Once we get a job and get paid a wage, what most will do is begin saving portions of the money every month. But most experts agree that this may not be the best or the most efficient way of building wealth, and planning for retirement.

Saving money is the natural instinct and what we’re taught to do as a net worth building activity, but doing so doesn’t offer much more than relying on social security for most, as there’s not enough cash that’s saved once we finally reach our retirement years.

This since our wages are the most heavily taxed source of money. The various levels of income taxes can automatically reduce anywhere up to 45% percent of this gross earned income, this before we even see a dime.

This income is also usually capped by the number of hours that we’re able to work on a weekly basis, or it’s limited by our skills, aptitude, education, or ability.

Even if it does happen to pay well, one’s independence and empowerment should be the goal which we should all be striving for. It’s found that saving money which pays poor passive interest and dividend checks are generally too low.

To reach our financial goals, there are two paths which you can take to accomplish this. Saving money at a snails pace in a low interest bearing bank account, or starting your own business.

The Quickest Way To Making More Money
The fastest and most efficient known way of generating income is through entrepreneurial activity. This way, you’ll get into a position of ownership which you can control without needing to buy it, this since you’re creating it.

What you’re also initially bypassing and delaying is the taxation tollbooth which strikes wage earners, along with the limitations of what you can earn, and how you spend your leisure time.

The goal should be to create your very own piece of equity which gives you preferably a passive source of income which you can control. Now stop before you begin rolling your eyes saying, “okay,” this is where the sales pitch begins.

Or you may think that starting your own business is too risky, or you don’t have what it takes, it’s too hard, you don’t want to lose money, you don’t know how to do it properly. So what’s listed are ways which you can begin.

It Can Start Today
Have the courage to start today, plan your future, the education begins right now. Start with money that’s given to you, saved, or borrowed, rely on the expertise of someone you know, or choose to hire skill from outsourcing.

Realize that you have the leadership skills where you can create your own piece of equity. You can begin at a completely small scale, part time. There are numerous individuals who’s now earning a full time income working just a few hours every night.

What’s recommended is beginning something on the Internet, or a “brick and mortar” based business based on your interests. There are a variety of services which you can provide, this to fill a niche, so pick something that you have deep passionate interest in.

Just Believe That You Can
This is not a myth, it’s not a theory, it begins with you deciding on taking action. It’s not as mentally challenging as you might thing to begin an entrepreneurial activity.

What the biggest burden that you need to overcome is the belief that it takes massive amounts of money, or that you lack the smarts or skills, or you don’t have the knowledge or persistence.

What it takes is pure faith and the willpower since there will inevitably be a period of trial and error to get over the hump, where you’ll need to fine tune and refine your business model, this to profit efficiently.

What this takes is your capital and time which many are afraid to risk, afraid that they can’t solve a successful business formula in time before they run out of money. It takes persistence since these obstacles are natural when developing and maintaining any business.

Having The Courage To Begin
There are countless ways of becoming entrepreneurial and building up equity for yourself. If you believe that you have it in you, then make it your obsession to carve out and execute your plan.

If needed, seek out and convince someone to help you, thus they becoming a mentor, and in exchange for they helping you, offer them a percentage of your profits as remuneration.

Developing a side business to ramp up additional income is the most financially rewarding activity that you can undertake. Imagine if you place just half the effort that you put into watching TV, playing games, or surfing the Internet, and focus that into building a business for yourself.

Over time, the results will eventually be far greater than deciding to set aside portions of your paycheck each and every month, and hoping that the interest rates improve.

Money Is Just A Mindset
Why are there some who appear to effortlessly make massive amounts of money while others have to slave away at it, even if they’re both doing the same exact thing, as if they know some magic money making formula.

They then know how to invest it as well as spend it judiciously. They know that they have the willpower to earn more of it. They know how to make the most profitable of business plans work, and then have the stones to execute it.

But what most believe is that this money is allocated for others, and not for them. They believe that earning more money isn’t their fate. They don’t think that they have the superior intelligence that’s needed, they’re not the chosen one, and are thus afraid that they’ll lose all their money if they venture out as an entrepreneur.