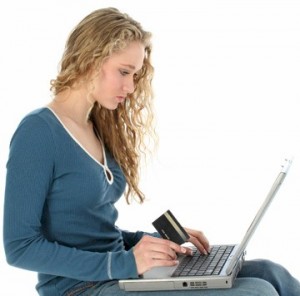 It’s the Consumer who always gets hit with the final bill, we’re the one’s who ultimately end up paying a lot more for just about everything that we purchase these days.

When looking at the triple whammy which is, rising oil prices, natural disasters, and fluctuating weather patterns, these various natural conditions when they become volatile, results in increased manufacturing costs, higher costs which we ultimately end up paying for.

Once any economy begins to weaken, most fear that these price increases, as a result, will also elevate the fragile optimism of the consumer, and then ultimately their future spending habits.

However, current research has shown that the recession has actually created a more rational, and a more resilient consumer, a group mentality which is still wary, but are also a lot more focused, informed, and empowered than ever before.

If All Else Fails Then Blame The Weather
What the recent random volatile weather that we’ve experienced does is it wreaks havoc on all the agricultural based commodities, such as, soybeans, wheat, corn, oranges, coffee, and cotton, which then sets panic in the markets.

The ripple effect is the increase in the prices of fruits and vegetables on the grocer shelves. These are the essential food based commodities, as well as clothing. There’s also an increase in the insurance premiums which is ultimately passed down to the consumer as well.

These same basic foods now cost approximately 25% percent more than they did just a year ago, as does all their by-products, such as ketchup, breakfast cereal, orange juice etc., all end up costing a lot more as well.

The increase in grain prices also makes it more expensive to feed livestock such as cattle, resulting in the entire food chain, such as steaks and fast food becoming more expensive.

Since the price of cotton is also on the rise, clothing manufacturers around the world are attempting to keep their prices down by sewing cotton garments using synthetic thread, for instance, in the hopes of keeping production prices down.

Consumers can still expect a 12% percent increase in new apparel prices this season. The actual commodity price of cotton has almost doubled just in the past year alone, this because of the fluctuating weather conditions in China, and the restrictions which are imposed on exports in India.

The Almighty Slick And Elusive Oil
There is a constant increasing international demand around the globe for crude oil, then add the political tension and unrest that’s currently in the Mideast, resulting in the price of oil to increase.

This directly affects sectors such as transportation, and anything else which requires the movement and shipment of products, which always ends up costing the consumer more.

The average North American will drive close to 14,000 mile every year in their vehicles, which averages 25 miles per gallon. The average car owner is also paying approximately 45% to 50% percent more for gas today than they did two years ago.

This higher cost of fuel is also responsible for the 24% percent increase in airfare rates, and public transportation costs in the past year.

So What’s The Consumer To Do

The biggest question and concern is whether these increasingly inflationary trends will eventually reduce consumer spending. The economic health of any country is directly related to how the consumer spends, so it becomes a viable question.

Economic experts believe that the answer is most likely “no.” Most consumers are just expected to cut back on their discretionary spending, which then compensates for the higher prices on the basic essentials. No one is also expecting any type of mass hysteria because of these rising costs either.

The reason for this is because consumers have been able to systematically adapt to a different mindset over the past several years, as the prices of these general essentials have increased.

Rather than feeling the sting of the recession, consumers are instead emerging much more empowered. They’re finding new and improved ways to save while shopping, becoming more resilient than ever before.

They’re also becoming extremely conscious of how they spend their money, becoming more resourceful, and much more demanding when it comes to the retailers.

The majority of consumers have learned to adapt better by improving their spending habits because of the current economic downturn. They’ve gained control of their overall finances such as their once overused credit card debt, being in check once again.

Consumers Learning New Spending Tricks
Most consumers are learning to shop smarter because of the higher prices of basic food and gas. What may have initially began as a desperate panic has turned into a greater focused mastery of the marketplace.

For instance, there are some consumers who are now leaving the familiar larger “Box Store” retailers in favor of purchasing from small online merchants which they may of found on Etsy, Amazon or eBay.

Others have explored methods such as using online coupons, rebates and utilizing mobile price comparison shopping methods. They’ve also come to rely on each other using social media.

These savvy shoppers are now relying on consumer generated reviews and ratings provided by blogs, which have all exploded in popularity. So despite the higher commodity prices such as groceries and clothing, actual retail sales have increased every month over the past year.

The reason for this is because these new empowered consumers have actually decreased their gas consumption by close to 4% percent, allocating the money elsewhere.

It took these consumers close to a year to adjust their driving habits, which included driving slower, keeping their tires properly inflated, and thinking of alternate, more “greener” ways of getting to the mall or work, such as car pooling.

Consumer Mastery And Control
It was once thought by the economic experts that consumers would become fragile, fickle and irrational once they’ve encountered a cash crunch caused by rising costs.

It was thought that these price increases would eventually fall the consumer. There are certainly many issues which will, such as sudden unemployment, unexpected accidents or illness, but then, most likely, that’s irrational to them as well.

Recover Quicker From Exercising By Giving Your Body A Break