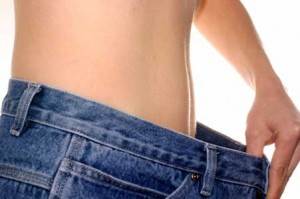 A common resolution or anytime for that matter, when someone is looking to lose a bit of weight, Dieters will usually look for the latest and the greatest trends on the “Lose Weight Quick” market. They will research the most recent get skinny now methods which may fall under the “fad diet” category. These are the one’s that their friends are recommending, or the media is heavily promoting.

[ad#co-1]
So it’s extremely important to know the differences along with the pros and cons of what you should be looking for in a sound diet plan. So here is an overview of the top diets currently in the spotlight.

The Raw Food Diet
If you’re looking to try out this famously popular raw food diet, be aware that you’ll be consuming unprocessed, uncooked, and usually organic raw food, which takes up a huge majority of the diet.

The raw natural food movement has actually been around for decades, ever since the 1970s, as some dedicated to this lifestyle will choose to follow eating raw food strictly as a diet and primarily for the purpose of losing or maintaining weight.

The theory behind eating raw food is that once any type of raw food is cooked above a certain temperature, 118°F for instance, the heat that’s applied to the food creates certain toxins which destroys all of the resident vitamins and enzymes which are needed for proper digestion.

It’s important to know that the human body produces and supplies its own digestive enzymes, and under normal circumstances, we don’t actually need any more from eating raw food. Also, the body will absorb certain nutrients better, such as lycopene, when it’s consumed in cooked food.

The latest research however has evidence which points towards eating a plant-based diet can be beneficial in lowering one’s blood cholesterol as well as the triglyceride levels.

Keep in mind that when eating certain raw or undercooked foods such as: meats, eggs, unpasteurized cheese or milk, it can at times result in certain food borne illnesses such as listeriosis and salmonella.

This type of illness can become a concern for high-risk dieters who may be lactating or be pregnant, or who may have compromised immune systems. Also, certain forms of raw food diets can lead towards deficiencies in both Omega 3 fats and vitamin B12 as well.

Do You Do The Dukan Diet
Kate Middleton has recently made the Dukan diet famous when it was reported she was on it, right before she married Prince William. This is a high protein, low carb, low fat diet which promises permanent weight loss provided the four phases of the program is followed. The phases include two phases being focused on the actual weight loss, and the other two phases for weight maintenance.

During Phase 1
The dieter will quickly lose unwanted weight by eating the specified 68 high-protein based foods.

During Phase 2
There are 32 vegetables which are added. The actual rate of weight loss then begins to slow down to around 1lb. every 3 days.

Phase 3 and Phase 4 Weight Maintenance
The final phases assists the dieter to maneuver through the maintenance issues, ensuring that the dieter won’t be regaining the lost weight back.

This diet includes and encourages the consumption of eating lean meats while stressing weight maintenance. The amount of protein intake that’s required however can lead towards ketosis.

The Dukan Diet plan also lacks variety as well as nutritional balance and adequacy. The rate of weight loss which is suggested may also be rapid thus making it potentially unsafe as well.

The Skinny On The Paleo Diet
The Paleo Diet plan, for those looking to lose weight, emulates the eating habits direct from the Paleolithic times, where certain hunting as well as the gathering of food techniques were used.

The Paleo Diet promises the dieter who follows this weight loss plan, the prevention of chronic diseases while increasing athletic performance. This particular diet plan encourages the consumption of lean meats, seafood, fruits and vegetables.

Some of the foods which are completely eliminated are whole grains, dairy and legumes, and are instead replaced with much better nutritional choices such as certain fruits and veggies.

Although the diet encourages the eating of whole foods while discouraging processed foods, what it seems to lack is variety, which can potentially lead towards certain nutritional inadequacies and deficiencies since there are numerous food groups which are eliminated.

The Various Cleansing Detox Diets
There are a variety of cleansing diets currently on the market which are extremely popular. The dieter may be contemplating either trying out the Quantum Wellness, the Master Cleanse, or any of the other various detox plans.

The primary premise and purpose of these cleanse diets actually isn’t the actual weight loss itself, but the shedding of extra pounds however is inevitable because of the severe restrictions that are placed. The weight loss occurs because of the lower calorie intake, the enemas and the diuretics which the detox dieters are required to use or take.

Regardless of how some experts are claiming how unhealthy and unsafe some of these detox plans may be, or users voicing their own opinions and beliefs regarding them, there will always be someone trying them out.

So if you’ve personally tried out any of these cleanses, it’s important that you state your own experience. This because it’s been reported that some of these detox plans can result in a rather unpleasant “cleansing” experience.

Based on the numerous reports on these cleansing diets, it’s generally suggested that you use the shortest plan available to test them out. For instance, do the 3 day cleanse instead of the 30 day plan.

Also, most will strongly discourage that the dieter avoid the recommended diuretics, enemas or taking any of the unregulated supplements which these plans encourage. Immediate medical assistance should be sought if the dieter has unusual discomfort during or after the cleansing process is completed.

Are You Working For The Love Of Money Or The Job