Are You Working For The Love Of Money Or The Job 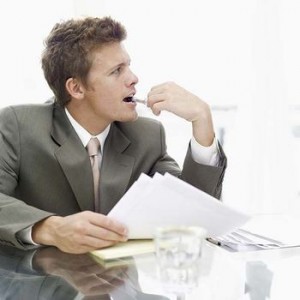 One of the biggest questions which constantly faces employers is what motivates their employees, is it a job well done, or is the financial compensation at the end of the week. Research has provided little to no valid links leaning either way between career satisfaction or looking for a big paycheck or raise. But according to several employment “headhunter” surveys, what’s on the top of the list for the majority of the employee’s “wish list” is they looking for employers who ultimately cares as well as displays a sense of well-being when at the workplace.

[ad#co-1]
Second on the list was a fulfilling or challenging job description, while job security came in third. What may be surprising is that fourth on the list was an attractive benefits package, while fair financial compensation actually came in fifth.

Keep in mind that this survey was conducted by employment placement firms and the individuals who were surveyed were potential employees who were looking for a job. So the results may be a little biased as they were attempting to look for a potential employer.

Other research studies however which were conducted also found that an ethical as well as a transparent corporate culture was on the top of the list of importance, followed by the employer caring about their well-being, and once again, last on the list was a favorable salary.

According to human resources experts, the employees who were driven by money as the number one factor of employment because of their desire to become wealthy, the poorer that their psychological health was on a variety of employment measurements.

So when arriving at the issue of financial incentives when it comes to better “on the job” performance, incentives really didn’t seem to motivate them that much.

There are critics who argue that there’s not enough proof that offering certain extrinsic rewards as a motivator for higher performance actually even works.

No Tangible Scientific Results
There’s no real controlled scientific study which has resulted in the long-term enhancement of actual improved quality of work, which is based on a reward based system.

Executives as well as employers need to determine that their employees are wanting to be fulfilled and be happy on the job, rather than offering them rewards or dangling a “carrot on a stick” to get them to do better, or to do what they’re told.

There are also conclusions based on current research regarding the income and happiness paradox. One result is that when it comes to long-term employment of ten years or longer, actual happiness doesn’t increase once their income rises.

Based to this particular research, what it does is it contradicts the conventional wisdom which claims that levels of happiness increases when one begins to make more money.

It was found that measures of happiness and life satisfaction increased more with improvements in the immediate workplace environment, which contrasts there were no connection between long term employment satisfaction or happiness, as related to making more money. The results are pretty much conclusive.

Employers Still Believe In Compensation
Most corporations continue on the practice of attracting and then retaining the best available talent by focusing on the best financial compensation as well as incentives.

Both of these perspectives are increasingly myopic as employers will continuously ignore the increasing amount of evidence which underscores what really motivates employees, which is creating conditions for improving on the job performance.

Perceived Income Inequality Gap
There is a glaring increase in income inequality that’s beginning to develop in North America, notably in the United States. This is fueled by the prevalence of the media who focuses on the lives of the rich and famous celebrities, businessmen and athletes who exemplifies that there’s a definitive correlation between those who are wealthy and their absolute state of happiness and well-being.

In real employment situations however, it appears that this isn’t true. It cannot be stressed enough that a favorable and comfortable work environment is ultimately more important than higher income.

Definition Of Two Types Of Narcissists Who Loves Themselves