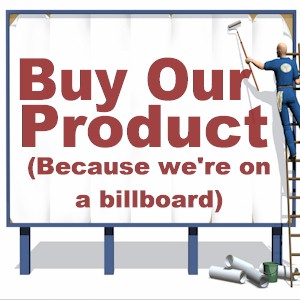 If you look at any successful advertising agency or a large national company with a massive ad budget, what you’ll likely hear is discussion regarding fragmented advertising, or consumer centric campaigns.

These boardrooms will also extensively discuss as well as analyze the perils and the pitfalls when creating an effective mass advertising campaign which has resolution and bite.

What fragmented advertising refers to is the increase in the number of methods which are available to them, their options when attempting to get their message or branding out to the masses as efficiently as possible.

One of the major difficulties for any advertiser, regardless of budget, is the attempt of getting brand recognition, this since it’s such a fast rapidly moving target to hit.

This attempt to “capture” has recently accelerated because of the quick evolution of accessible technology. What’s developed are faster points of entry to mass marketing because of the ease of, audio and video, electronic media, and the efficiency of social media networking.

If you perform a search on any search engine for “advertising,” you’ll now become completely overwhelmed by the various and different options which are now available.

On any site or blog, you’ll now get bombarded with popups, popovers, flash video, audio messages, and animated “sales people” walking on your screen, all designed to personally interact with you, the visitor.

Say Goodby To Traditional Advertising
So the majority would think that the traditional advertising methods of not too long ago, those gigantic billboards, TV or radio ads, magazine or newspaper placement, are slowly but surely on their way out.

Most ad executives however will disagree. This according to the top advertising consultants, who claim that these traditional methods of advertising remain since they’re still effective.

The idea for mass advertising has always been to identify the target market for their product or service, and then reach them as quick, painless, and affordable as possible. So you’ll need to know what they want, and how they find the information that they’re looking for.

If you know your customer, your most lucrative demographic, then you can effectively spend your advertising dollars efficiently on the various mediums that they’ll use, so you can answer their questions or queries.

It’s All About Target Marketing
For instance, if your end consumers are senior citizens, the majority won’t be online, so you’ll need to focus more on magazine or newspaper ads, TV and radio, whatever their reading or listening to.

If your target market are working parents, then you’ll need to know when, how, and where they’re getting their information from the most. Is it social media, which radio stations or TV programs are they listening to or watching.

What are the most popular magazines that they read, the most common websites that they surf. Then what you can do is decide what your best options are creating the most effective advertising campaign.

Deciding On The Best Advertising Medium
• Know Your Audience Inside Out – What are they wanting, where are they shopping, what do they like to read or surf. What is their prime demographic age group, where and who do they hang out with. Why do they even need your product or service, and can they afford it.

• Know Who Your Direct Competition Is – . Make sure that you do your homework. Begin by knowing who your 3 biggest competitors are, and what they’re doing to advertise. Know where and when they’re advertising, and what methods they’re using. How long and how consistent has their ads been running. Are you able to reach the same target audience, and how different is your message.

Take a look at whatever they’re doing right, and then decide on creative ways which you can make your advertising message a little better, by differentiating yourself from them.

Know what the “big dogs” in your market are doing, and determine whether you’re able to adapt or emulate some of their methods tailored to your budget and target audience.

• Know Exactly What Your Message Or “Branding” Is -. What message are you attempting to project to them. What is it that your customers are wanting to hear. Why should they even bother buying from you, and not from your competition. Make sure that you make every word that you use count.

Realize that the majority of your customers may not be tech-savvy, and that the Internet is a safe haven for them, providing immense amounts of information which is accessible with a simple search. This however also contributes to information overload which everyone is complaining about, so keep your message as simple as possible.

One other side effect which the Internet has is that consumers expect and will usually receive instant gratification whenever they’re looking for information, or products. They want it ASAP, so you need to give them the direct answers and the solutions to what they’re wanting, and deliver it how they like it.

Focusing Your Advertising
When you’re putting forth your best and most effective Advertising campaign, never attempt to be everything to absolutely everyone. Think that your advertising is a direct conversation between you and your ideal target customer.

Keep in mind that if you’re providing your customer with exactly what they’re wanting, then they won’t perceive your ad as an annoying nuisance, but instead, they’ll will see it more of a service.

So traditional advertising as once thought isn’t dead or on the decline, provided that you tailor it to your best advantage once you pay strict attention to who your end customers are, and know exactly what that they’re looking for.

Effective Ways To Battle Insomnia And Get A Good Nights Sleep