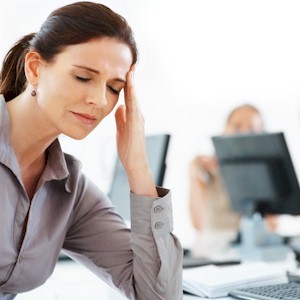 The most effective of managers are firefighters of sorts, extinguishing conflicts in the workplace from escalating to fierce arguments or disagreements, and the reason why it’s classified as one of the most difficult issues they’ll face.

The dealing with conflict between employees, or between the manager and the employee, can cause sudden disruption which brings productivity and work to a standstill.

Although there may be instances of certain managers who actually enjoy conflict, they like facing disputes and human confrontation, the vast majority would just prefer to avoid or choose not to deal with them.

So if you’re a manager, settling these types of disputes is most likely a part of what you’re required to do, giving you no other choice in the matter.

These conflicts can occur anywhere at anytime, stemming from job and company related issues and conflicts, such as, lack of recognition, not being promoted, poor salary, poor job evaluations, micro-management, or poor overall management.

Similar to you being able to pick your friends but not your relatives, you usually can’t pick who you work with, or who your manager or employees are. So the most important task is to find quick resolve to any conflict which arises.

This the reason why most managers are generally paid more for their management roles, where fair judgement, adjustment, and settlement of any conflict being a critical part of their job.

How To Effectively Control Conflict
• Stay Cool Remain As Calm As Possible – Even if your provoked personally, keep your temper in check, suck up your ego and remain as calm as you possible can. The skill of management involves being a fair arbitrator which doesn’t usually involve you, personally. Even if it did, it’s your responsibility to think beyond the circumstance to put the dispute out.

• Never Avoid The Conflict Itself – Any of the unjust or difficult interpersonal workplace situations usually won’t resolve by themselves, so there’s no point ignoring them, they’ll just usually fester and escalate instead. So don’t as a manager go hide in your cubicle or office as those who chronically do so will usually end up losing the respect of the employees they manage, lose the respect of their superiors, or at times lose their jobs.

• Know That Conflict Is Part Of The Job – It’s important to know and recognize that conflict resolution and addressing it immediately and properly is part of the job description. So don’t bother wasting your energy ruminating about it, and never allow yourself to feel bad that you actually “feel” bad about it. Just accept it as part of your position for what it is, and it comes with the territory.

• Maintain Your Stance Morally – What you are is management, a superior, what you represent is the company directive. As a manager, you’re expected to be the sane voice of reason. So never lose control of the situation, always cede towards the higher moral ground. Maintain your calm, cool, and being collective is a lot more advantageous than needing to negotiate.

• Keep Precise Documented Records – Once a serious conflict does arise, it’s your responsibility as a manager to keep a timeline, an accurate record of the events of the incident for future reference.

For instance, if you’re performing employee performance appraisals, you’ll need to keep concise documentation which may lead towards discussion which may resolve disputes, such as the “you said” or “you promised” scenarios.

If there’s ever a point where you need to terminate someone, you’ll also be required to have detailed records while closely working with the HR department, just in case it may escalate into legal action.

• Working Closely With The HR Department – Although the human resources at times has been portrayed as a stereotype of sorts, if you’re a manager, it’s imperative that you keep the HR department on your side, as they can become a valuable ally.

So don’t hesitate to ask them for advice once you’re faced with a difficult employee situation or conflict. They’ll be your sounding board, an objective third voice, a valuable source when it comes to reasonable counsel.

When it comes to any especially delicate or sensitive situations, it’s always good to get all the unbiased help that you can get.

• Don’t’”Win” Just Resolve The Situation – There’s no point flexing your management muscle and winning the battle just to feed you ego, as what’s certain is you’ll lose the war.

Your role of a manager isn’t to somehow defeat the enemy, although that may make you feel cathartic, but it’s rather to elicit better more optimal performance from your employees and the area that you’re managing.

So it’s best not to leave any bodies in your wake to serve your own agenda, but rather to resolve any conflict as fairly and quickly as possible, and then move forward as quickly as you can.

So get immediate closure of the conflict as soon as possible, it hopefully being a “win-win” situation, and then close that door behind you, the sooner the better.

Managers are expected to usually represent a fair voice under all situations in the department, the majority of them being employees who are hampering productivity. As a result, to be as efficient as possible, as it’s not always an easy position to be in.

But once you begin developing a concise rational approach towards managing any type of conflict that you may encounter, and attend to it immediately, you can as a result make your job less stressful while being a more effective and reliable manager.

A Comparison Of The Two Most Popular Beverages In The World