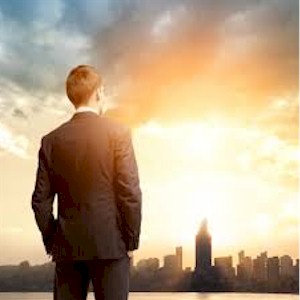 Some just don’t have the internal fortitude to start their own business, certain traits which deters them from the freedom of doing their own thing. Every aspiring entrepreneur thinks they have the next brilliant idea, that’s going to revolutionize the world as we know it.

They say that one day, perhaps not today, or tomorrow, they’ll begin their new business. What usually materializes is a whole bunch of nothing, they not getting off the ground. There are certain traits that all of these “wantrepreneurs” have in common.

With the extremely low-cost entry of becoming an entrepreneur these days, this thanks to the Internet and automation, the common classical excuse of “lack of funding,” is no longer valid.

Ease Of Access
Anyone who wants to, can begin an easy effective e-commerce site using a variety of free online tools if they wanted to. Or easily build smartphone apps in their spare time. They can appeal to crowdfunding sources to bypass venture capital funding.

So it has nothing to do with the resources since they’re readily available, but more because of the makeup and the character of the individual, which discourages self capitalism.

That “Great” Idea
So if you’ve come up with a great revolutionary idea, nothing that’s on the market, and the capital isn’t an overwhelming challenge, then what’s the problem?

The real reason why the world is filled with a lot of “wannabe” entrepreneurs, is that they never bother to get around to starting. Say hello to procrastination.

What’s been identified are certain lacking qualities in personality, which are common in those who can’t get started. There’s a distinctive divide between real entrepreneurs and the pretenders, certain habits that they all have in common.

To Become An Entrepreneur
You may recognize someone you know, or perhaps maybe in yourself, will fall into certain character issues usually located between the ears, which deters them from getting off the ground.

They Dream But Don’t Implement
They’re usually referred to as idealists, schemers, and dreamers, those who constantly talk about their great visions, and then forget to implement or expect others to do it for them.

They may be brilliant, they come up with a wealth of excellent ideas which just needs execution, but the most difficult part is converting that dream into a profitable business.

The Refusal To Learn Business
What our culture propagates is that learning business skills, much like rocket science, can only be taught in a classroom setting or a lab.

The Real Fear Of Failure
Which can also be not embarrassing themselves. What everyone has is a fear of the unknown, which handicaps them from taking any real action.

What successful entrepreneurs will do is constantly overcome their fears by embracing it, while managing the risk, this as a part of the learning and growing process.

What most will do however is become debilitated by their fear, and will refuse to avoid any type of risk at all costs, resulting in they never starting.

The Real Fear Of Succeeding
We’ve all known someone who’s constantly on the cusp of becoming successful, bordering on going over the edge. But then, they seemingly undermine their momentum, almost appearing intentional.

What they do is come close, yet fail to cross the finish line. Similar to too much success can kill a business, true entrepreneurs know that they can learn and grow from success, just as they do from failing.

Trying To Be Perfect
This rather than being pragmatic. There are brilliant inventors with viable products who has been working on their shiny new “mouse trap” for years, sometimes decades.

What they continue to do is perform yet more research to improve it further, this before introducing it to the world, and hopefully selling it.

But in today’s rapidly altering marketplace, perfection is an impractical and fleeting objective to have, a waster of time.

What those who are pragmatic will do is create a minimum viable product, and then test it in the market, tweak and refine it, until it becomes successful.

They Can’t Maintain Their Focus
What they get is distracted easily. Ask any success entrepreneur and they’ll tell you that it’s focus. Starting a project and then taking it to ultimate execution.

Someone who constantly attempts to do too many things at once, dipping into too many markets, will most likely not excel in any of them, become discouraged, then ultimately give up.

What proper focus means is keeping all of the immediate priorities in check, separating what’s important from the vitally urgent, organizing and then delegating.

Use Excuses For Accountability
What making excuses are efforts to rationalize their failure after beginning something, or justification for never starting what they’ve wanted to.

The best attribute of a successful entrepreneur is knowing that the buck stops with them. There will always be distractions, alternatives, obstacles, creativity issues, and pivots to constantly overcome.

Just Not A Leader Or Self Starter
This is where the rubber meets the road. They wait for others to guide them, they wait for instructions on what to do, and then they’ll find fault, cast blame, or play the victim card.

What entrepreneurs know and realize is that it’s completely up to them, to stay positive, set the pace, be a role model, be a real live action hero who can move mountains.

If you’re waiting for someone to make all of your decisions for you, while they bear all of the responsibilities and the risk of implementation, then that’s called a job.

It’s takes stones to become an entrepreneur, which requires you to adopt the proper attitude while taking full accountability of yourself.