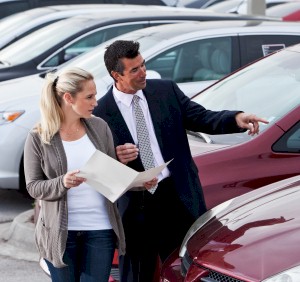 The anxiety of any buyer, especially when it comes to high ticket or luxury items is remorse, turning into uncertainty and fear. This based on whether they’re making the right decision, if they’re paying too much, or if they deserve or can afford it.

So it’s your job as a marketer, or sales personnel, to convince the buyer to get them interested enough in what you’re offering, this by eliminating as many objectives as possible, to open the path to ownership.

Under any market condition, whether it’s in recessionary times or not, as the overall industry continues to chug forward, there remains a certain unknown which lingers, and one bad economic misstep can easily send the conditions back into recessionary times.

Even if the conditions do improve, there are always the remnants which remain long after, until a definitive sustained pattern emerges when it comes to buyer behavior.

The very fact is that the majority of consumers are purchasing less. But when they do buy, it’s your influence, by applying certain motivating factors, which can effectively shift the buyers mindset positive.

The Three Factors Which Influence Buying
When it comes to any buying behavior, there are three distinct motivating factors, which are: logic, greed, and fear. Using logic unfortunately is the weakest motive, and based on all of the successful of marketing ads, fear is the most powerful.

Greed and excess was once the motivating factor in the past few decades, this until the economy and the financial markets took a downturn, and then it shifted towards fear.

Those were the times when individuals had plenty of resources and capital to spend and spread freely, while feeling extremely secure regarding the economy, their jobs were completely stable, feeling little concern.

Recently, these concerns have shifted, to the point where consumers not long purchase goods based solely on greed.

Fear is now the driving force as well as the general economic mindset, and the recent US presidential election proved so. Consumers, along with businesses now have a fear factor when they part with their money. There are several factors associated with this fear.

The Fear Of Being Extravagant – Going full tilt total excess isn’t the “fad” any longer for the majority of people, and they also don’t want to appear ostentatious when others appear hurting.

As a result, companies have greatly cut down on visible luxury items, such as excessive travel or extravagant parties. These businesses, especially when stockholders are concerned, are instead promoting frugality which explains why their margins are slimmer, and justifies their lower profit.

The Fear Of Becoming Poor – Hoarding goods is what happens when the economy is uncertain. No one wants to drain out their bank accounts when another economic downturn appears on the horizon. Consumers are protecting their bank balances to insure that they can survive under any unforeseen money issues which may occur.

The Fear Of Wastage – When it comes to a poor economy, every dollar counts to consumers. Guilt and embarrassment will usually set in from purchasing something that they don’t need or use, and just collects dust in the closet.

The Buyers Who Are In Fear Mode
The majority of consumers felt some type of repercussion during the latest financial crisis, it then becomes extremely difficult for them to purchase anything that will cause them guilt.

Most are aware of the uncertainty of the recent financial events, such as the European monetary market, and the overall global doom and gloom. These issues keep the fear factor pretty high when it comes to buying anything excessive.

There are ways, however, for you as a marketer to lift this cloud and increasing your sales in this tenuous business climate.

Making The Buying Process Fun
The majority of the uncontrollable economic conditions, as broadcasted over the news is usually uncertainty and depressing. So there’s no point on creating a Pavlovian mindset by associating buying something with pain. Instead, find ways on how you can entertain your buyers when they swipe that card to buy something.

Establish A Specialized Niche
It’s becoming increasingly difficult to create broad appeal when it comes to an uncertain market. Using a commodity approach only leads towards price pressure.

So instead, find a specific need and then focus on filling it. The value that’s perceived may attract fewer buyers, but for those who do buy, they’ll feel more special for something that’s truly useful, as well as appropriate for what they need.

Focusing On Buyer Empathy
Once buyers go into fear mode, having a strong “pressure” sales tactic will push them into a defensive posture. So instead, begin by acknowledging their fear first.

View the buying process from their perspective. Create products, services, or develop branding which will bring value, as well as communicating what you’re offering, this should solve their fear in a compelling way.

Adapting Your Marketing Method
Each of these solutions may require a bit of creativity, tweaking, commitment, and consistency, going beyond the typical approach that was used last decade.

The ultimate challenge for any business today is offering something that’s more compelling, rather than the establishing of fear. Unless a business appeals to more powerful fears than poverty, wastage, or extravagance, the consumer won’t most likely part with their money.

For the businesses who decides to execute this properly, they’ll then be best positioned when this austerity eventually subsides, and the “greed” factor kicks back into the buyer’s behavior once again.