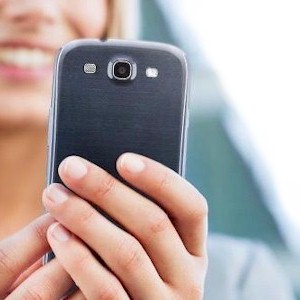 Regardless of what type of mobile device that’s being used, the numbers are staggering and on the increase when it comes to consumers who are now browsing the Web, this usually on their smartphones. This occurs when they’re out of their homes.

They could be at their office, sipping a latte, walking somewhere on the city streets, while they’re continuously searching and browsing for local businesses, services, or coupons on the Internet.

Not only do these consumers use their smartphones to locate businesses, they’re also using them while they’re directly inside the retail store itself and searching for a lower price from a competitor who may be across the street.

There was a recent survey which revealed that there were nearly 35% percent of smartphone users who’ll do “on the spot” comparison shopping on their mobile device at any given time.

There were also 29% percent who’ll search for user reviews and feedback while they’re shopping, and 22% percent will actively search for coupons or rebates that they can redeem instantly.

There were also 15% percent who opted to buy goods online, instead of going to the actual retail store itself, while 27% percent searched for recommendations on a particular business or a product by using social media.

Mobile Devices The Key When Shopping
The consumers who are in the 25 to 45 year old age group were the ones who were most likely to comparison shop, while also reading unbiased user reviews on businesses, products, and services which they were interested in, directly on their mobile devices.

If this age group happens to fall into your target demographic, then know that they’re also most likely using the various location based mobile marketing services as well.

The use of coupons are also becoming extremely popular, as there were close to 35% percent of smartphone users who have used some type of an online coupon in the past. Another popular method of using location based marketing are QR codes.

Location Based Marketing Using Proximity Marketing
Without a doubt, every facet of location based mobile marketing is trending upwards. In the last year alone, over 52% percent of all searches performed on local businesses were through a mobile device, usually a smartphone.

There’s also a variant of location based marketing which is getting more localized, by using proximity marketing, which is already a popular method in Japan. Proximity marketing is also trending upwards in most parts of Europe as well as becoming popular in North America.

When using proximity marketing, once the consumer with their trusty mobile in hand is nearing a physical location such as a store or a restaurant, or a specific object, an automated action regarding their product or service will “pop up” on the users mobile screen.

Methods Of Mobile Engagement
QR codes and NFC chips, along with other new technologies are also able to provide consumers with a completely interactive experience. The use of QR codes are a popular method for both consumers and merchants since they’re free to use, and easy to set up.

As QR codes become more popular with local businesses, their presence as a result is also expected to increase consumer interest since the now familiar square checkered codes will begin to be adopted a lot better.

Since there’s more consumers who are wanting to actively engage with local businesses, it becomes extremely important for them to set up their own online mobile service of some type, this to accommodate for the ever increasing demand which is mobile interaction.

The Increased Use Of Wi-Fi
The majority of consumers now expecting establishments to offer Wi-Fi, this so they can connect their mobile devices and go online. So consider Wi-Fi as a baseline service which you should be providing when you decide to expand your mobile strategy and use proximity marketing.

Once you do decide to offer Wi-Fi to your consumers, you’ll then be able to offer immediate and quick loading content which are attached to proximity items such as NFC chips or QR codes.

There are also more advanced proximity tools such as iSign, for instance, which allows you to ping a customer’s smartphone once they enter your store or they’re nearing your location.

For instance, if a consumer with a smartphone is nearby, anywhere up to 3000 feet from your location, for instance, they’ll instantly get your message, such as a coupon, on their screen. Doing so however depends on the OS platform and the technology being in place.

What this service does is it will ask your customer if they would accept your offer, usually giving them a “yes” or a “no” option. The current response rates are reported to be around 32% percent in favor.

This may also induce any potential customers who are in vicinity of your store, such as someone driving by in their car, and weren’t planning to visit your store. They’ll instead decide to stop by and buy something since your “proximity” marketing offer popped up on their mobile screen.

Jumping On The Mobile Bandwagon
Mobile marketing is definitely here to stay, and is becoming extremely prevalent as it constantly evolves and becomes consumer friendly. So if you as a local business owner are ignoring this surging trend, you may eventually suffer the consequences once your business revenues begin to decline.

The good news is Mobile marketing is extremely affordable to do, easy to use and implement, and still in its infancy. So if you don’t have a defined mobile marketing strategy as of yet, such as a basic mobile site or an app, then now is definitely the time to begin.