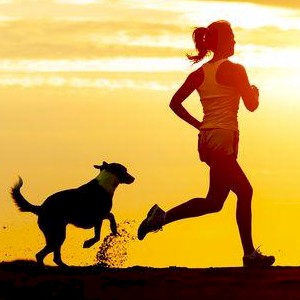 Those who think that sitting and vegetating on their couch is a cool preferred thing to do, thinking that those who jog are weird vegans who look ridiculous. But what you also want is to live a long life, so know that your sedentary lifestyle is shortening it.

So the best way to avoid this statistic is easy as getting off your butt and exercising. That’s the prescription. It’s found that regular physical activity which turns into a habit, dramatically reduces a person’s risk of dying younger than they should.

The Cost Of Being Sedentary
This sedentary lifestyle epidemic calculates in medical issues resulting in $24 billion of direct expenses annually. Remaining still is responsible for 20% percent of all deaths for those who are over 35, and lived an inactive life.

Sitting is the latest greatest health hazard. This to the point that it’s thought that excessive sitting, has now become a bigger public health issue than cigarette smoking, this when it comes to reasons of ones demise.

The good news is that this condition can easily be corrected. That there’s an easy solution for not being sedentary, and the remedy is to just stand up, move around and become more active.

The Problem With Remaining Stationary
What’s found is that just even standing erect for periods of time, reduces the risk of cardiovascular disease. So how many hours do you spend sitting down on a daily basis. If it’s the majority of your day that you remain seated, you’re not alone.

Sedentary behavior, resulting in a lack of physical movement, has now become a national epidemic. This is because you’re tied to your cubicle during the workday, then lounge on the sofa for hours at home during the evening, has become a common occurrence.

The statistics when it comes to being sedentary are alarming, as it’s thought that the common adult sits for an average of 10.5 hours a day.

Minimal Activity Reduces Heart Disease
This is the dedicated hope of the medical community, and that’s to get those who are sedentary to get off their backsides. To find different ways to motivate them from all walks of life, to become more physically active than they currently are.

So if you admit that you’re currently too prone, then hopefully there’s a glimmer of hope that these findings inspires you to become more mindfully active.

For those who has cardiovascular issues, what’s common is that they don’t make exercising a priority. The main culprit remains that they being inactive, is what ultimately did them in during the final years of their lives.

It’s believed that it’s too much sitting and not enough standing or exercising, is the leading cause of those who succumb to illness.

Regular Exercise Helps The Heart
Even just small amounts of physical activity such as walking, lowers the risk of cardiovascular disease. Once the exercise is increased beyond a certain point however, the argument is if the benefits of that increased exercising has any effect.

So what needs to be known is if the volume and intensity of aerobic exercising, going beyond what’s recommended for improving cardiovascular health, can even become harmful.

What needs to be known is if there’s a tipping point when doing especially high-endurance workouts, can backfire and actually increase the risk of cardiovascular disease.

More Exercise Is Better Right?
What’s known is that everyone needs some type of cardiovascular exercise to reduce the risk of heart disease. But what’s not known is if the actual benefits of increased cardiovascular exertion, has any effect after a certain point of activity.

What some experts concluded was that there’s no real evidence, that more exercising does or doesn’t contribute to realizing better health benefits. So increasing cardiovascular endurance remains debatable.

Some Exercise Is Better Than None
What health practitioners will religiously tell you is that some exercising is always better than no exercise at all.

Also that too much exercising, especially if it’s high-intensity training, could potentially be harmful and should be continued with precaution.

What’s undeniable is that those who are extremely active and performs endurance activities, all claim the benefits of their exercising outweighs the risks.

What the media has embraced however, is the ideal that too much exercising can potentially harm the heart, and are promoting this notion.

As a result, what they’ve managed is to divert attention away from what the true benefits of exercising are, that it can most likely prevent heart disease.

To Motivate Yourself
So if you’re entering the latter stages of your life, admit that you’re inactive, then develop the motivation to exercise regularly, this for the sake of yourself and your longevity, and for those who are important to you.

You don’t want to inadvertently abandon your loved ones prematurely. Regardless if you’re a parent or not, remaining alive for your family should be a strong source of motivation to not sit down all day.

If you don’t want to do it for yourself, then do it for those who matters to you. These facts alone should prompt any clinician to promote even moderate exercise to their patients.

What’s equally as important is setting up initiatives to make the general population aware, that it’s physical activity and a good diet that prolongs ones lifespan.

The Attack Of Free-Radicals And How They Damage Your Health