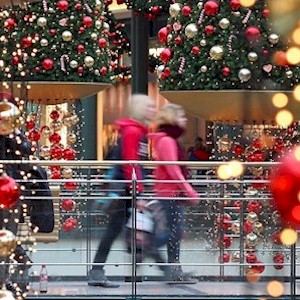 There’s this ongoing tradition to spend our savings, this during the festive season as we go into a buying frenzy to purchase gifts, as giving means that you care. The exchange of presents this year is expected to be like any other year, but with a few twists.

What we do is spend and stress, and spend some more and then rejoice, then feel depressed by the debt. There are signs however, that our consumerism is beginning to slightly trend sideways. The pattern is changing because of a shift in buyer demographics.

What the latest technology offers are easier more relaxed ways to shop, as the Internet is altering the psychology of how we buy, and how we consequently behave.

Online Offline Shopping Becomes United
Consumers will no longer do their research online, and then head out to the store to purchase. Shopping is now a combination of both, where online and retail shopping becomes either or, based on price and selection.

When it comes to shopping at the mall, consumers are increasingly becoming frustrated with issues such as poor inventory, slow checkout, crowded aisles, and lack of social proof.

When they shop online, there are still the trust and security issues. Most retailers are also refining their technology, as they’re finding that mainstream shoppers are now ready to take advantage of the convenience of technology enabled solutions.

There’s no substitute however for Santa, the window shopping, the scent of pine cones, and all the other traditional allures which are associated with holiday shopping. And because of online shopping, the malls are less crowded.

Shoppers are expected to buy just as much, but more in spurts both online and in the stores. The checkouts are also expected to be shorter, this because of online shopping, and most consumers are now starting their holiday shopping earlier.

Plenty of consumers still enjoy the competitive nature that is shopping however, the madness of the crowds, the door buster sales, spending too much, and buyers remorse.

Consumers Crafting More
There’s a movement to give more homemade gifts and crafts that they’ve made or created on their own, this from the help of websites that gives instructions and information on making or baking their own beautiful homemade presents.

There’s now the visually alluring crafts on Instagram and Pinterest, so what some are now doing is copying the trade secrets of these home made crafts, Christmas cookies, jams, and other concoctions that they can give as holiday gifts.

This trend towards homemade handcrafts are signs of the anti-consumer gift giver. They would rather give something unique and personal, and they hope to receive back the same. Handicrafts are more authentic and grassroots.

More Pragmatic “Experience” Gifts
Any gift that’s tangible offers intangible components such unwrapping the gift in anticipation, along with all the emotions which are associated with gift giving, such as gaining something new.

The thrill of getting something you want and will cherish forever still exists. The excitement of giving and receiving presents under the tree, is something that will never leave us.

But we’re also reaching a saturation point once the emotions of this receiving diminishes. Another pair of earrings or necktie, fail to match the emotional resonance of receiving that gift. Most get caught up in the thrill of the “new,” but that quickly loses its appeal.

Most are attempting to simplify their lives, and wanting to purge their material possessions. So gifts which offers more “life experiences” are more in demand, as they reduce their ever bloating lifestyle, as intangible gifts has less baggage.

What compounds receiving experience related gifts such as a trip to Hawaii, are more preferred because on social media, others are showing off their gifts which they wish they got. Most are now disposable rather than permanent.

The Increase Of Self Gifting
There’s a recent shift in trend that we’ll now spend more on buying presents for ourselves, this rather than spending gifts on others. That’s why some have a just “gift cards” policy.

There’s reasons for this, and it’s not just the “me” first mentality. The holidays are now the best time to buy personal items that you want, as the stores are heavily discounting their merchandise for their year end inventory reduction.

So consumers are finding better merchandise selection at lower prices, and they’re in stock. For instance, that winter coat you’ve been eyeing since September, suddenly goes on drastic discount.

There’s infinitely more selection of merchandise to choose from, and there’s that buzz of buying in the air, so most will envelope that feeling, and buy things that they want for themselves.

Many are now planning their purchases around the holiday season, since only they know what they really want for Christmas, and it’s not another scarf. So self gifting comes down to smart and opportunistic shopping, and this trend is growing.

Best Time To Buy
There’s other reasons to buy for ourselves when it comes to the holiday shopping season. Most socialize and entertain more during this time of year, so they want to upgrade their homes and wardrobes.

People gift themselves with clothing, home decor, electronics, that they’ve delayed purchasing earlier in the year, this because they know that the selection increases during the holidays, while the prices drop.

The Ease Of Shopping
Technology has reduced the burden of shopping, such as comparing prices, which has completely altered how we buy. Shoppers are now more empowered, while being able to shop whenever and wherever they want.

It’s this power that the consumer now commands, which forces the retailers to be more accommodating, offering better service and lower prices. There’s also the consumers now becoming more pragmatic, which has an impact as well.