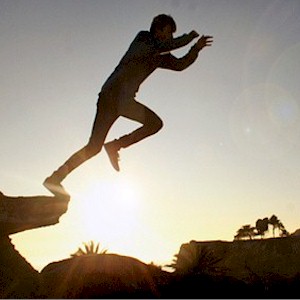 Anyone who’s ever done anything, accomplished something in their lives, this regardless of the task, all have one thing in common. Something that you most likely know, and that commonality is they all took action, this on their plan, they acted and went fast forward.

The most successful of entrepreneurs, their stories are compelling, are all unique and groundbreaking. They were the big dreamers, they planned, analyzed, and then decided to take the leap of faith on their greatest hunch. They did what most ever dare to do.

They had the faith to push the “Go” button and activated their plan. They didn’t allow it to boil into frustration, allowing the ghost of indecision and doubt to cloud their vision.

What anyone with dreams needs is to have the same initiative, this regardless of what they want to do with their life. Find a new job, find a new date, nothing ever happens until you decide to execute. The advice never changes, which is: “Just get it done!”

Have A “To-do” Plan Everyday
What a huge project can do is paralyze with anxiety because of its humongous undertaking. So to tackle a large goal, break it down into bite size to-do tasks with easy steps.

Begin and then cross off all the important assignments, meanwhile as you get closer to conquering that one huge outstanding ambition.

Losing sight of the final outcome is why most give up on what they’re doing, as it becomes too staggering. So just have a daily checklist monitoring your progress.

When getting off the ground you need a plan, usually a website, and execution on marketing. You need to service your clients, this among other tasks. Rather than procrastinating, make sure that you have a list in point form, and do them precisely.

Never Get Too Discouraged
Never plan too far in advance, instead just execute. Never attempt to learn too much too fast when first starting out. Know what’s needed right now, then take the steps to implement the solution, or outsource to get it done.

If you need a website built, you can easily find a designer, or you can learn content management solutions such as WordPress. The key is finishing the task before you move forward.

Don’t get overwhelmed, as it comes down to doing one fundamental step at a time, and then actually finishing it. Business is just a series of steps, so what’s needed is the effort to expand your knowledge base, go further than where others are willing to go.

The most important and difficult barrier is that once you face a roadblock and don’t know what to do, your business model then becomes defective and won’t operate.

Learning From Failure
Everything in the world defaults to negative. There’s always more failures than winners, more blunders than success and accomplishment. What many will do is quit once they face their first few failures, convinced that their plan won’t work.

Most of these failures are minor in nature, or it can be catastrophic as the business you’ve built crumbles around your feet. Realize that “stuff” happens, so have the strength and resolve to not make the same mistake twice.

Recover From Making Mistakes
Always learn something from these mistakes, a lesson which can somehow be valuable in the future, on your next endeavor or your current one.

Build credibility, this by making sure you make progress, while capitalizing on the lessons of the failure. What everyone makes are blunders, so make sure you extract something positive.

Know When To Step Back
Realize some things just aren’t destined to work out, so instead of dwelling on the failure, do things that you did wrong differently.

Analyze the process, chalk it up to experience, provided it doesn’t break you or make you broke. Life flashes by in an instance, so enjoy the destined journey ahead, and believe that everything happens for a reason.

Once you place your faith in the revolution of how business works, you’ll then find that your efforts are worth it, this regardless if you encounter success or failure.

Always Be Mindful Of The Here And Now
It’s easy to become distracted by new ideas, enticed by the next new shiny object. So make sure you live and work in the present mindset, keeping track of where you are in the overall scheme of things right now.

To reach any long-term goal, you need to make positive progress in your day-to-day, minute-by-minute work. Solve current problems, this by completing today’s tasks, and leave tomorrow’s issues for tomorrow.

Don’t get seduce by getting off track by the beast of distraction, as there can be many. Instead, focus on your plan by putting everything else on the back burner, however enticing they may appear.

Stop spending your money or time on suddenly chasing the next dream until you complete the current one. Concentrate on your current growth while gathering resources, and never be afraid to make money, increasing the bottom line.

Work For Today
Work hard towards the current reality rather than a distant fantasy. Always step back to monitor what you’re doing, and never sway too far from what got you to where you currently are.

We live in a world which offers massive opportunity, but also a world where the strong will devour the weak or the unprepared. There are just a few select who has the resolve and the courage to take action, progressively realizing the end results.

Most will fall by the wayside and blame it on fate, that they’re just not cut out for it, becoming distracted by the paralysis which is over analyzing, becoming frozen by fear and uncertainty. So just rise above the majority.