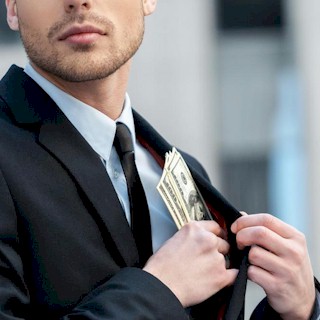 At one time or another, everyone’s encountered a slick politician, salesman, a quick talking promoter on TV, or someone who has a “woe is me” sob story. At times it’s easy to be fooled, this if you’re vulnerable, or aren’t on your toes. The most lethal weapon that’s used when conned, is that you’re usually caught off guard.

There’s a plethora of con men lurking in the shadows. Con being short for “confidence” men. What they do is they gain your trust, this by giving you the confidence to believe. They’re found everywhere, found in all shapes and sizes, of all ages and genders.

There’s a certain stereotype when it comes to cons. The best being being so deceptive, that they’re completely believable and unsuspecting.

What we often think is that used car salesman are out to con us, or that a door-to-door salesman selling water filters, are con men. The very best will strike unexpectedly, or deceive an entire public.

The Most Obvious
From time to time, we’re warned of someone or a group who works the phones for a phony nonexistent “charity” cause, bilking people, usually seniors, out of large sums of money, and they disappear into the night.

Haunts of men who’ll romance lonely widows, at times charm their skirts off and even marry them, then completely wipe out their bank accounts and disappear.

There are multitudes of underground “boiler” rooms who’ll preach phony stocks, perform unneeded and unnecessary home or auto repairs, or feast off the charity of the local church. Most often, those who happens to perpetrate these acts are rarely caught, or brought to justice.

The Art Of The Con
The most successful con men, the silently sleek and the swift, makes their “marks” feel confident in themselves.

This is the skill that’s needed to con people, to place them into a trance, this so they’ll do something they otherwise wouldn’t.

To Alter Mood Using Words
The most effective method on how they instill confidence, is by they giving you an emotionally charged influential “pep” talk.

Words which will pump you up, such as they saying, “you can do this,” all with a strong tonality in their voice, which gives you the confidence to take action, making you think it was your idea.

What they then do is apply emotionally charged contagions, this to make you feel positive. What they use are emotional transmitters such as projecting demand or urgency in their voice, which elevates your emotional state. They sound completely assuring when they speak.

Most won’t get inspired or bother taking action if someone speaks with fear or anxiety. A motivated proactive voice sounds convincing, as you’ll feel every word coming out of their mouth. It sounds inspiring with purpose.

Convincing Body Language
A trick that’s used to instantly feel more confident, is by walking like a champ. What everyone will preach is to always stand up straight with an erect back, while expanding the chest. What’s immediately projected is more presence, which makes one look more confident.

This is basic human instinct, that before a single word is spoken, what people will do is rely on body language, this to judge confidence in another, or to make the proper social decisions. What humans will always do is defer to the individual who looks more confident.

Any man or woman who stands up straight, while they strut their stuff when they walk, are always perceived to be more powerful.

So it’s not by coincidence that champions, be it a political debate or an athlete, standing up straight and proud, while huffing and puffing to expand their chest, usually wins.

Everyone from drill Sargent’s telling their marines to “stand at attention,” or your mom constantly telling you to stand up straight, is for good reason. What being erect does is increases testosterone levels, which is a hormone that makes you feel bolder.

Positive Reinforcement
When it comes to emotional intelligence, what’s known is that an individuals past experiences, can be used to effectively create current emotional states of mind, and the experienced con man knows this.

To illustrate, think back to a time when you were extremely angry or hurt, and you’ll immediately relive that angry moment.

Similarly, what you can do is infect the current mindset of an individual with confidence, and do so right now, by getting them to visualize the details of a past success. The more that you’re able to get them to engage in positive reminiscing, the more confident that they’ll become.

This can also be used to remind your sluggish sales staff, this especially if they’ve been performing bad recently, to think back and visualize their best sales. Then they’ll renew their confidence, and in short order they’ll turn their setbacks into a comeback.

When under pressure, what most will often forget is their past successes, so it’s always advantageous to remind them of their previous wins. Know that these are also the same tactics that experienced con men uses.

10 Natural Home Based Remedies To Cure The Flu