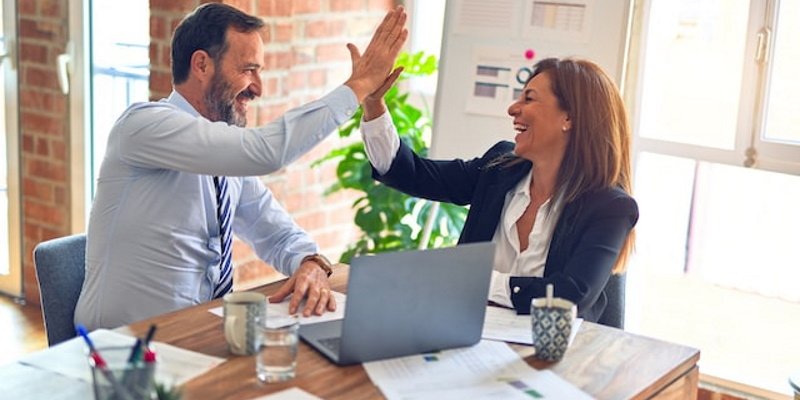 Becoming successful is an extremely subjective topic. To simplify its definition, it’s thought the higher someone is at on Maslow’s hierarchy of needs, the better off they’ll be. This goes back to Psychology 101 in college, where students were taught to realize their potential.

Most can’t reach the heights of success or their potential, unless all of the lower human level needs are met first.

For instance, you can’t be at your best if you don’t have enough money to buy food, pay the bills, or if you lack self esteem.

So what you need is to move up the human pecking order, to be able to knock on the door of success.

It’s thought there’s a scientific protocol to become successful. A road map, a clinical tour one can take to propel themselves forward.

A concise “To-Do” list of things so you can cross the threshold, and realize more success in your life.

Everyone has different degrees of confidence in their work and their personal lives, their relationships. This varies based on their hierarchy, their station in life.

Some claim success is dependent on you having confidence, more than having competence.

Those with low confidence are generally inactive, and it’s known you need to take action to succeed.

How confidence accumulates, generates itself is through hard work, dedication, and repetition, reaching success by overcoming the fear of failure.

Authenticity is a strong leadership trait for those who are cocksure of themselves.

They are true and more sure of who they are, as they succeed more often. Those who make decisions based on their values.

The “fake it till you make it” protocol can work.

If one is in a position of leadership, they need to project they’re a people person, a confident leader who’s willing and able to take charge.

So if you “play act” to emulate the qualities a successful leader possesses, that doesn’t mean you’re a fake.

All it means is you are a work in progress, someone who’s trying hard to succeed.

The thought is the most successful of individuals in business excels, by having superior social skills along with cognitive ability, which is usually the case.

It was once thought however, raw aggressiveness instead of being smart correlated more with success, which isn’t necessarily true.

It’s those who are savvy, street smart and socially adept, who consistently earns more than others.

Those who have strict discipline, those who are able to resist temptation, have better more refined control over their lives.

They all scored higher on aptitude tests, while having lower incidences of substance abuse.

These individuals are able to manage their personal issues such as stress and anxiety better.

They are able to resist enticement by avoiding the easy traps, by managing more rationality. They have the motivation and discipline to adopt better habits.

To Start Small And Slow

Everyone needs to begin by taking baby steps, by picking one “flaw” to improve on daily, while committing to performing positive tasks which takes only seconds to do.

This can be simple as immediately washing the dishes after eating, or bypassing the bag of chips for a banana when wanting a snack.

It’s found the top performers regardless of the field they’re in, such as athletes, CEOs, musicians, or artists, are more consistent and rigid in everything they do, when compared to their weaker peers.

What they do is show up and consistently deliver on a daily basis, while everyone else gets bogged down with their emotional issues.

They don’t get distracted by the smaller nuances of life, where others battle procrastination.

There’s one key trait that’s found common among the successful, and that’s grit. What this grit signifies is having stamina.

Grit is being focused and sticking with your immediate and future plans.

This grit just isn’t a daily ritual, or until payday rolls around, but has been installed for years.

The successful work extremely hard with determination, to make their future dreams and visions become a reality.

Grit is similar to running a marathon instead of a 100 meter sprint.

Always Be Improving And Growing

Once someone is able to manage and control their behavior, doing so affects their success ratio.

They have developed a rigid fixed mindset, believing that intelligence, character, and creativity are interchangeable.

What they’ve adopted is a “growth” mindset, seeing failure as a growing and learning process.

They will then embrace all challenges, persevere against any setbacks, expect and accept criticism, which allows them to reach higher levels of achievement.

It Remains A Work In Progress

Adopting this mindset isn’t saying it makes them think they’re invincible, allowing them to become anything or anyone they want.

It’s not about once they get the proper education and apply motivation, they can become the next Steve Jobs.

Instead, what the successful believe is their ultimate potential is infinite, and it may never be fully realized.

That it’s difficult to predict what they can accomplish, with the proper dedicated training and passion.

Create And Invest In Relationships

What’s been concluded is something you most likely already know, and that’s we all need close relationships in our lives.

Finding someone to love is the key to our success and happiness, to find our soulmate.

Even if someone is extremely successful in their profession, amassing massive amounts of money while experiencing good health. Without having close loving relationships, you would not be complete.

It’s known a person’s long-term happiness depends on two distinct factors. Finding someone to love, and finding ways to keep and nurture that love.

What Are The Reasons Why Some People Won't Like You Much