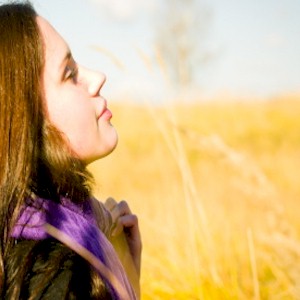 What’s being realized is that life is just too short to live the dreams of someone else. This from those who’s followed their own dreams to create business empires. Along with it comes the lavish lifestyles which clearly identifies that they’re enjoying their dream as well. What’s the point of making all that money if you’re not going to enjoy it.

These are the leadership lessons from those who’s lives are in complete balance, and not just recklessly working themselves to shreds, just to attract major illness and unhappiness.

So again, what’s the point of making all that money if you’re not going to enjoy it. The most effective of leaders have a clear vision which is an extension of their dreams, and this is what drives them to motivate themselves and others towards developing what they want.

What they appear to have is an endless supply of energy which propels them to believe and work their mission. This dream, when it comes to leadership, amounts to their view of what they could and should be.

These dreams are usually positive projections that they have. What’s known is that the biggest most successful leaders among us, all dream big.

So What’s Your Dream
So what every prospective leader needs to ask themselves is what their dreams are, how big and ambitious they are. Rare is someone who doesn’t succeed without having a dream first.

Then how they envision that dream impacts their actions, and where that dream eventually takes them, permitting them to steer themselves or their organizations under their own guidance and leadership capabilities.

But regardless of how great a dream may be, it becomes essential to transform that dream into reality by taking action. What needs to be considered is evaluating their dreams thoroughly, and then evaluating their actions by taking certain measures.

They Treat Challenges As Opportunity
What the majority of people do is they interpret their fears as obstacles and roadblocks, then they’re discouraged by them. Those who live their purpose successfully have developed themselves to the point where they see and treat fear as something they need to do, and will then place all of their energy and courage into it.

They Play Life Like A Game
Having this dream, this vision of life does is it opens up space for their creativity rather than their limitations. What this does is it also cultivates qualities of resilience, solving problems, and developing confidence which helps them to take calculated risks to get them to the next step.

The Only Option Is Living Their Dream
They’re so committed towards making their dreams a reality, that they eliminate any possibility of failing, or at times refuse to have an alternate backup plan. What doesn’t enter their mind is “What if it doesn’t work out.” But they will act accordingly if they don’t.

They’re Always Realistic And Honest
What they’re able to do is walk and talk what they do because they make a conscious effort of connecting with their innermost desires. They listen to their inner voice as a sounding board first, and then their spirituality, this without the fear of judgment.

They Dream Big But Also Take Action
Instead of being stuck and getting frustrated because they can’t fulfill their dreams, they take action, regardless of what it takes, this provided that it’s reachable.

This could be finally quitting that job working for that tyrant, getting out of a poor relationship which stalls their progress, investing in themselves. Whatever it may be, what they have is the courage and conviction to do it. They do so by listening and then acting on their instincts and intuition.

They Expect And Think They Deserve The Best
They just expect that whatever it is they want is going to happen, and they know it. They expect as well as feel that they deserve to succeed, to do what they love doing, serving others, living their dreams.

What they expect is the best execution and results even if they currently don’t have all of the answers if it’s going to happen, how they’re going to succeed. They just know they will.

There’s No Fear Or Guilt On What They Want
Since they’re directly connected to their dreams and passions, they’re not afraid to ask for help. They understand and accept that their success depends on the assistance of others, so asking for what they want is not an issue.

What they do is set their boundaries while expressing their needs without fear, shame, or guilt. And what this boldness earns them is complete respect from others.

They Make Their Own Rules
What they do is create and live by their own rules instead of complying to what society tells them to do. They make their decisions based on what they want to have, this instead of what they think they can have. What this gives them is the freedom to create their own destiny.

They’re Comfortable Being Uncomfortable
They know that they don’t have all of the answers, attempting to make things perfect or trying to control everything. Instead, what they know is that they’re not going to reach the next step until they make the painful decision to move forward, this despite how uncomfortable it may be.

They Have Role Models And Mentors
They know that they can’t fulfill their dreams alone, so they have mentors which helps them along the way. They understand that once they’re ready to follow their dreams, that there’s certain limitations which can stop them.

So having the proper role models and mentors in place helps them fast track what they want, this by quickly identify where they’re stuck, so they can reach their goals sooner.