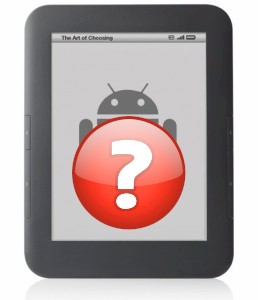 If you decide to do battle against the Big Apple, it can be a waste of time. The only weapon, the only solution that these Tablet PC manufacturers has is their price point. Shortly after HP decided to have their Black Friday in August garage sale on the Touchpad for $99, Lenovo quietly unveiled their version of the tablet PC, which is expected to retail for around $200.

Amazon may eventually put up the biggest fight as details are emerging about their highly anticipated Amazon Kindle Android Tablet PC, with a selling price of $249. So these brand new tablets are now being introduced at half the price or more of what the iPad sells for.

[ad#co-1]
Tablet PC’s Galore
There now seems to be new tablets which are being launched on a weekly basis. At this current rate that they’re being rifled out, one may just assume that the current market is a positive one, one that everyone and their dog are buying a tablet or two.

This feverish pace of the tablet releases however isn’t a real indicator of what the tablet market really is. What all these manufactures are doing is just positioning themselves to take second spot behind you know who in this market segment.

HP Touchpad What?
In just a matter of a couple months, HP went from having a gigantic launching party for the TouchPad complete with TV ads featuring athletes and Hollywood stars, giving the promise they will be going head to head with the iPad.

What happened instead was they suddenly decided to pull the plug on their entire tablet device and webOS department by announcing that they’re getting out of that business.

This because HP discovered that they had one little problem, no one was buying their tablets, which was priced the same as the Apple iPad2 tablet.

Even once they had their initial price drop, just a few started to trickle out the door. Then they decided to have their fire sale offering a $300 rebate, bringing it down to the $99 giveaway price. This finally created a stir and they sold out in a matter of a few hours.

So that’s the solution? Is the final answer to this so called tablet war competition just to simply undercut the price to half off or more.

Tablets Half The Price Of iPads
The formula has been finally found, now it’s game on. Lenovo just revealed the details of their IdeaPad Tablet A1 PC. This 7-inch tablet isn’t the greatest, fastest or the prettiest tablet out there, but for the price of $199, it offers enough features to at least make it a potentially hot selling product.

Then there’s Amazon’s tablet on the horizon. The rumors appear to be coming true that Amazon is developing their own Android based tablet. There are also many who are putting their money on this tablet as a valid competitor which can go up against the iPad2.

This new Amazon tablet is most likely a version of their current Kindle ebook reader combined with surfing the Internet. What this 7-inch tablet device runs on is a proprietary Amazon fork of the Android OS. But it’s also expected to retail for around $250, which is approximately half the price of the lowest cost iPad.

So who knows, Amazon may instantly sell 6 million of these devices, but what kind of dent can they actually make on the iPad 2 sales. Because of their low price point and it’s smaller footprint, the buyers of the Amazon Kindle Tablet will most likely be those who already own an iPad.

The iPad In A Class By Itself
The known reality is that the iPad has absolutely no competition right now and no one is sneaking up in the rear view mirror. All of the their so called rivals are just in a battle with each other for second place.

All the manufacturers are now offering their version of the tablets with their only solution being cut-throat price drops against each other while Apple just snickers.

While these tablet competitors are claiming that they’re shipping hundreds of thousands or even millions of tablets out the door, most likely, they’re just breaking even if that.

Industry analysts are estimating that Apple will sell around 40 to 45 million iPads this year alone in 2011. Sell, as in someone paying a minimum of $499 for each tablet. Apple isn’t or about to slash or discount its price, and they’re not considering offering any rebates either.

Apple is currently barely able to keep up with the production for their tablets to meet the high demand. The Android based tablets however are caught in this vicious “price dump” battle while scrambling for just a fraction of the market share.