Why Branding Is More Effective Than Traditional Advertising 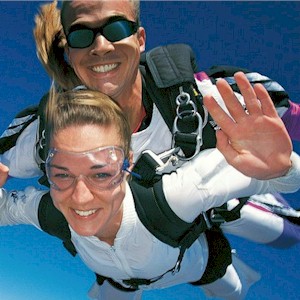 It’s finally the weekend and most just can’t restrain themselves from the temptation of going on a shopping spree which offsets their month budget. You give in to buying some type of excess item that’s been nagging you, that latest must have gadget you saw on TV.

Some consider it ironic that when marketing a product, despite its expense, the actual branding of it doesn’t occur because of TV advertising or looking at a magazine ad, the branding occurs because of the tangible interactions of human experiences.

This because the human brain is primarily stimulated by movement. Objects which are completely stagnant, which doesn’t move has absolutely no effect on us. What we respond to is action, someone or something taking action.

Experts in this area argue that the usage of our brains are primarily for this very reason, and that’s to comprehend complex and adaptable movement. They believe that this one of the main reasons of human motivation.

Although issues such as memory, sensory input, and cognitive processes are important, they’re only considered important to drive some type of movement turning into action.

Brands Become Alive Because Of Physical Interactions
Just looking at something, such as an online ad, a print ad or a TV commercial, doesn’t have the same impact when you’re able to touch, hear, see or smell it first hand. Doing so implants the brain with long term memories which will persist and remains below the level of consciousness.

We always learn something the best by doing something, by taking action and not being told or taught. The reason being that the brain will encode the experiences deeper using all five senses, and they’re more likely to turn into purchasing habits which becomes second nature to them.

The most savviest of marketers who has promoted these types of so called brand rituals are the most successful, by they forcing the consumer to take some type of action to embed the product into their brain.

For instance, slowly squeezing a lemon wedge into a drink, fingertips delicately spreading face creme onto a cheek, scrubbing dirt off a floor using a mop. All visual, all require action.

Experiential Marketing Over Traditional Advertising
Brands which have leaned towards this behavioral method has reaped the rewards and have had tremendous success. These are the brands who spends less on traditional advertising, but continues to be valued recognizable brands.

These brands become so strongly entrenched into the psyche that the brand name along with a single word, in this case “coffee,” has even been completely removed from this particular company’s logo.

This company has completely transformed the specialty coffee market and industry, growing from a small regional brand into the undisputed largest caffeine vendor in the world.

They did so by offering superb yet pricy but quality coffee. Their brand also projects unmatched experiences which has been replicated consistently, as well as unmistakably across the planet.

According to branding experts, the reason why they don’t need to rely solely on advertising any longer is because they’re now present on over 16,000 street corners in more than 50 countries.

They’ve formed a connection with millions of customers on a daily basis in their stores, while also being in the grocery aisles, at home, or delivered to work.

Active Experiences Will Change Everything
There’s another legendary brand, a well known energy drink, which has created one of the most effective and efficient marketing campaigns in history.

From the beginning, traditional marketing methods were avoided. They never bothered to use print or digital ads, but rather chose more grassroots methods and experiential efforts.

What they did was they allowed people to try out their product free of charge, through one of the most time honored and traditional methods, the good old fashioned house party.

This branding plan was to give young influential college students free cases of their drink while encouraging them to throw their own events. This has proven to be an extremely lucrative tactic which cost them next to nothing other than the cost of the product.

Word Of Mouth Advertising
On the surface, doing this may appear simple, cheap, and a gimmicky sales promotion, and free product sampling isn’t anything new. But it has nothing to do with the promotion or the product itself, it’s more about the social event that it creates.

What they didn’t do was take the product direct to the consumer, but rather they brought the consumer to the product. Their initial goal was to create the best parties around, not the best energy drink.

As the brand began to grow, so did the parties and its reputation. This energy drink then became synonymous with producing high octane fun, happening parties which drew in huge crowds.

They also attracted celebrities, enormous venues, upcoming bands pumping hip music, and the ubiquitous presence of their energy drink being at the forefront.

So their brand as a result got completely embedded with the most exhilarating parties and social experiences for all, which attracted active high energy people, who were the primary target markets for their drinks in the first place.

This energy drink brand then expanded these same tactics to greater heights by sponsoring live events of the most intense extreme sports. They began sponsoring legions of up and coming “extreme” athletes who were yet mainstream. So rather than traditional advertising, brand recognition wins out every time.

When You Think You Don't Have A Personality Disorder You Do

Increasing Your Self-Esteem Begins With Loving Yourself First